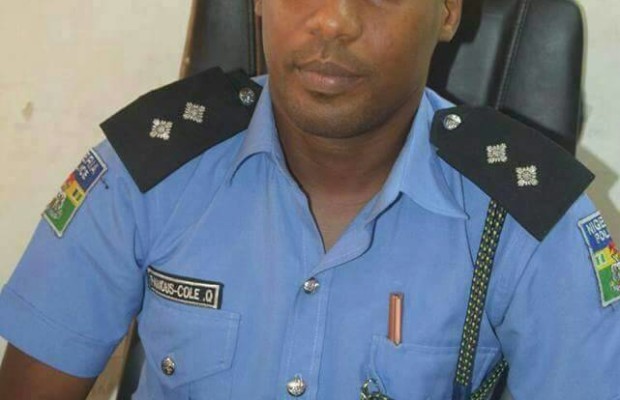 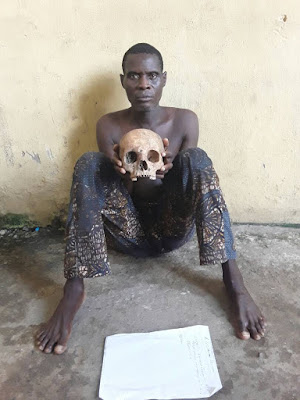 Men of the Lagos state Police Command have arrested a 45-year-old man, Lucien Tosume suspected to be a ritualist, for possessing a human skull.
Tosume was arrested on June 4 2017 following an intelligence report in Iraye village, Sagamu local government area of Ogun state.
According to ASP Olarinde Famous-Cole, Lagos Police Public Relations Officer, the suspect who specializes in the sale of human skull, was accosted by police officers who disguised as buyers. 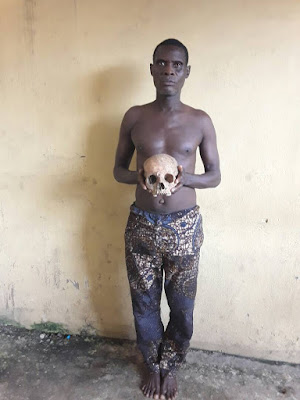 Upon negotiation, the suspect agreed to sell a skull for N150,000, but the officers convinced him to sell it for N81,000 which he agreed to.
The suspect was arrested immediately the money was paid to him.
Tosume who confessed to the crime said he sells fresh skulls for up to for N1 million 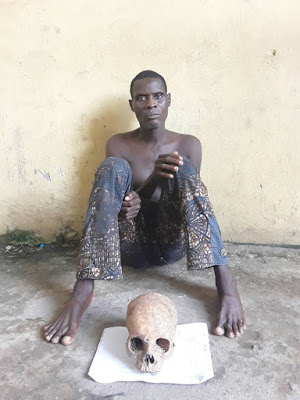 Famous-Cole added that investigations are however ongoing to ascertain where he gets the human parts from. 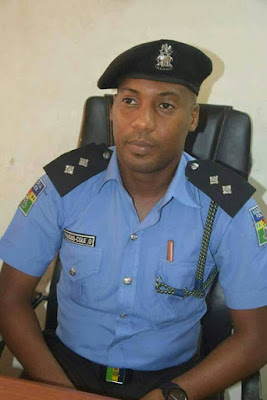 The command’s PPRO ASP Olarinde Famous-Cole further disclosed that the suspect will be transferred to the State Criminal Investigation Department, Panti, for further investigation as he advised members of the public, parents, and guardians to be watchful of their environment and keep eye on children and know their whereabouts at all time.
Share
Facebook
Twitter
WhatsApp
Pinterest
Linkedin
ReddIt
Email
Print
Tumblr
Telegram
Mix
VK
Digg
LINE
Viber
Naver
Previous articleBadoo strikes again, smashes MFM pastor’s head with mortar in Ikorodu
Next articleNicki Minaj poses in pink outfit with friends in London