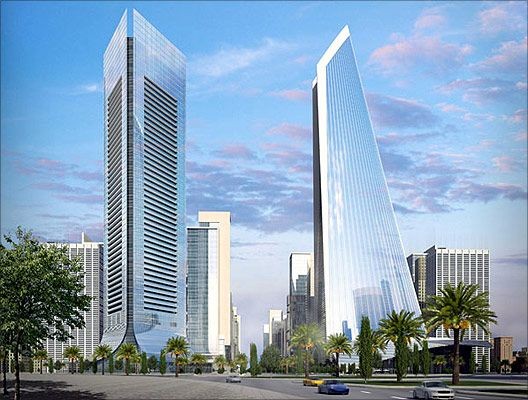 Social networks have been buzzing all weekend with photos and videos of different parts of the Lekki, Victoria Island and VGC areas of Lagos flooded with rainwater.

Cars swim past roads, people wade around their homes, as they try to get to various locations.

People have blamed the flooding on poor drainage system and illegal structures in the area.

However, some Twitter users say the development of the Eko Atlantic City is a major reason for the flooding.

The govt won’t touch Eko Atlantic they are comin 4 your buildings in lekki …ur buildings blocked d water ways..#Lekkiflood @Gidi_Traffic

In no particular order, the cause of today’s Lekki flood

Lekki, VGC and Ajah environs need to protest against the sand filling of Eko Atlantic, this is one of the major problem for the flooding.

The flood in Lekki, VGC and other parts of the Lagos Island is nothing compared to what will happen in Eko Atlantic and Ilubirin in decades.

“@ChrisEsene: Everyone seems to be quiet about EKO ATLANTIC which I believe is the cause of the flooding in LEKKI axis and it’s environs.

The impact of the Eko Atlantic is already being felt before it’s even fully completed. Keep playing with water