Lady Gaga Set to Appear for Deposition in Legal Battle Between Dr. Luke and Kesha 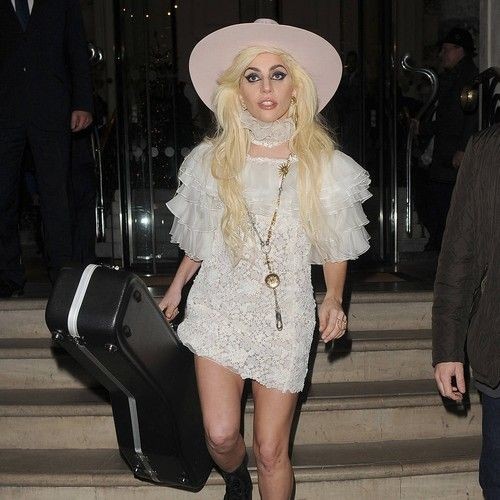 Lady Gaga has officially found herself in the middle of Dr. Luke and Kesha‘s legal battle.

According to court documents obtained by E! News, the “Born This Way” singer “will appear for a deposition pursuant to [Dr. Luke’s] subpoena in this action during the month of September 2017.”

While a date, time and location has yet to be revealed, the deposition will be mutually agreed upon by all parties no later than this Saturday.

In addition, court documents signed by Dr. Luke, Kesha and Lady Gaga’s attorneys state that the “Just Dance” singer “will produce unredacted copies of certain of the documents that were previously produced in redacted form.”

Just last month, Dr. Luke’s attorneys filed a motion to interview Gaga stating “she has relevant information regarding, among other things, false statements about Dr. Luke made to her by Kesha.”

Lawyers stated in court documents that they had made repeated requests to obtain a deposition date from Gaga but have been unsuccessful.

Gaga’s attorneys, however, had a different perspective.

“As Lady Gaga’s legal team will present to the court, she has provided all of the relevant information in her possession and is at most an ancillary witness in this process,” a representative for the singer said in a statement to The Hollywood Reporter. “Dr. Luke’s team is attempting to manipulate the truth and draw press attention to their case by exaggerating Lady Gaga’s role and falsely accusing her of dodging reasonable requests.”

Gaga has voiced her support for Kesha publicly in the past, but has never commented on the sexual assault claims. In March, the Grammy winner stood up for the “Tik Tok” singer in a radio interview with Carson Daly.

“I think that people should just know that there’s so much more than what meets the eye in a case like that,” she said on 97.1 AMP Radio. “I feel like she’s being very publicly shamed for something that happens in the music industry all the time, to women and men.”

Gaga added, “I just want to stand by her side because I can’t watch another woman that went through what I’ve been through suffer.”