Kylie Jenner is saying goodbye to summer 2017 with her bestie.

The 20-year-old Life of Kylie star and co-star Jordyn Woods posted on Friday on Instagram photos of them posing in colorful swimsuits. Kylie is sporting a red and yellow cutout two-piece, while Jordyn is wearing a red and green one-piece in a similar style.

“Oops we didn’t see you there,” Jordyn said.

Kylie is known for her sexy Instagrams. See more from years past. 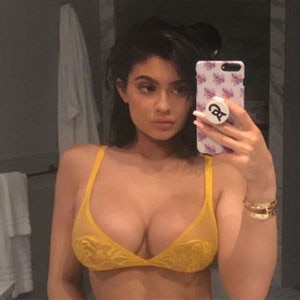 Of course, the official last day of summer in the Northern Hemisphere is Sept. 22, and Southern California’s summers sometimes to run well into October, a “summer’s almost over” party may be premature…but heck, a party’s a party!

Watch a brand new episode of Life of Kylie Sunday at 9 p.m., only on E!