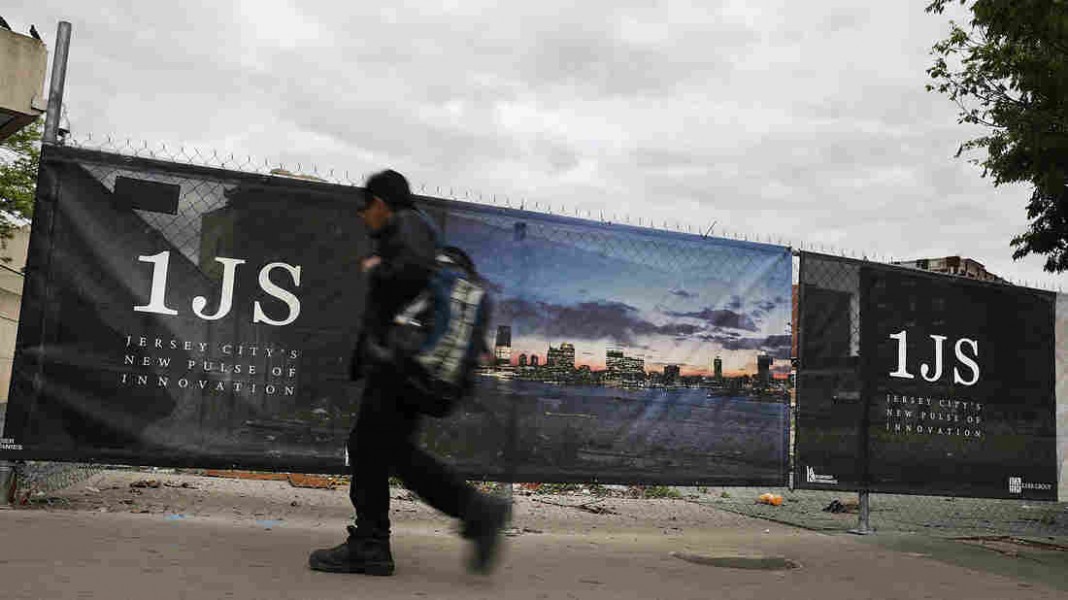 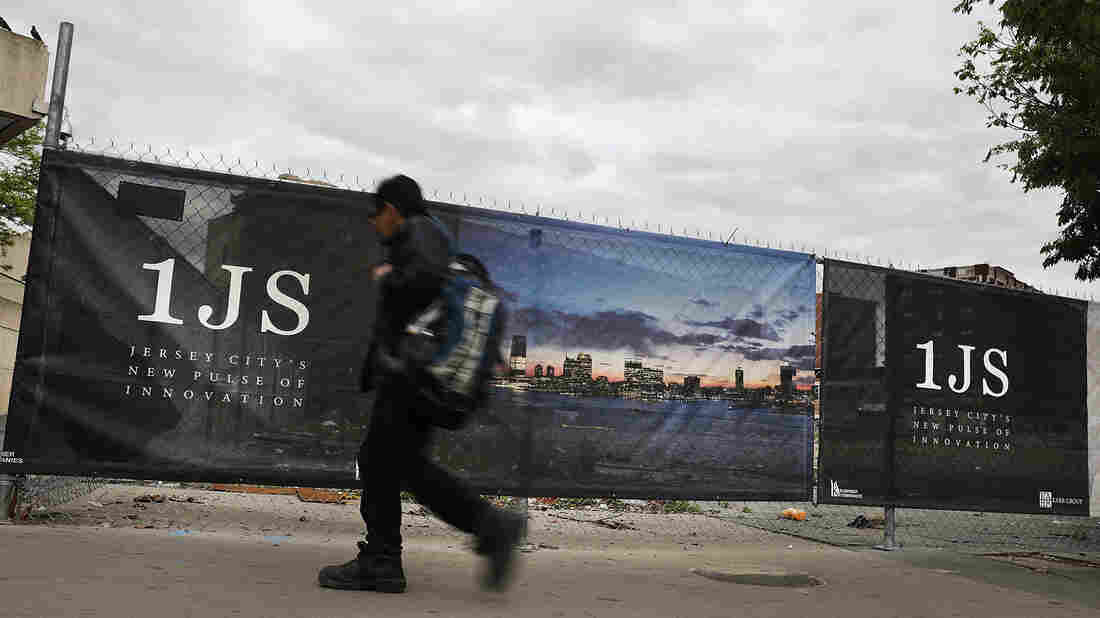 The site of the One Journal Square luxury apartment project stands vacant in Jersey City, N.J. Kushner Companies is giving up on a request for a tax break but says its $821 million, two-tower project is still viable. Spencer Platt/Getty Images hide caption

The site of the One Journal Square luxury apartment project stands vacant in Jersey City, N.J. Kushner Companies is giving up on a request for a tax break but says its $821 million, two-tower project is still viable.

The real estate company run by the family of Jared Kushner, President Trump’s son-in-law and adviser, has dropped its quest for a major tax break for a skyscraper project in New Jersey.

The Kushner Companies had been seeking a 30-year tax abatement for One Journal Square, a proposed $821 million luxury residential development in Jersey City, N.J.

Last week, the project’s developer informed Mayor Steve Fulop that it will no longer seek that tax abatement, a spokeswoman for Jersey City confirmed Thursday.

Fulop had already withdrawn his support for the tax break, after news reports appeared last month recounting how Jared Kushner’s sister had mentioned his name and position at the White House while pitching the project to Chinese investors.

Jared Kushner stepped away from his role as CEO of the family business when his father-in-law, took office.

After the stories appeared about the investment pitch in China, the Kushner Companies apologized for the name dropping.

This is the latest hurdle for the developer’s plan to build two skyscrapers on a long-vacant lot in the heart of the city’s Journal Square neighborhood. The office space provider WeWork, which was originally pitched as an investor and anchor tenant, is no longer involved in the project.

But a spokesman for the Kushner Companies insists that One Journal Square is not dead yet.

“We are committed to moving ahead with this much-needed investment in the long-term future of Journal Square, which will provide nearly 4,000 union construction jobs, a memorial plaza, and $180 million in tax revenue for Jersey City over the next 30 years,” he said in a statement.