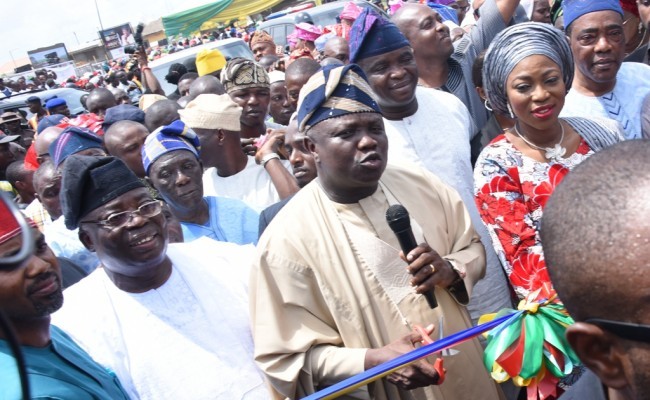 All is set to for the grand finale of the [email protected] to end with a big bang as 50 top artistes that have rocked the Lagos entertainment scene are set to perform at the event. Among the notable names to make the night a memorable one at the Eko Atlantic include juju music maestros – King Sunny Ade and Evangelist Ebenezer Obey as well as the legendry Highlife patriarch, Sir Victor Olaiya.

The Lagos State Government on Friday said it has concluded plans to climax the [email protected] celebrations with a spectacular display of fireworks.

In a statement signed by the Commissioner for Information and Strategy, Mr. Steve Ayorinde, the fireworks would be on display at midnight on Sunday, at Eko Atlantic.

”This is to inform the public that there will be a display of fireworks as part of the music and fashion show to round off the 50thAnniversary Celebrations of the State. The fireworks will be on display at exactly 12 midnight at the Eko Atlantic City during the Golden Concert. Residents do not need to panic or nurse any fear whatsoever when they hear the sound of the fireworks as it is only just a symbolic way to draw the curtains of what has been a very splendid and successful celebration of our golden state. Residents who cannot attend the concert can also catch it live on television as it promises to be a historic and exciting night of fun and maximum entertainment,” Ayorinde said.