Kogi: A state turned against itself 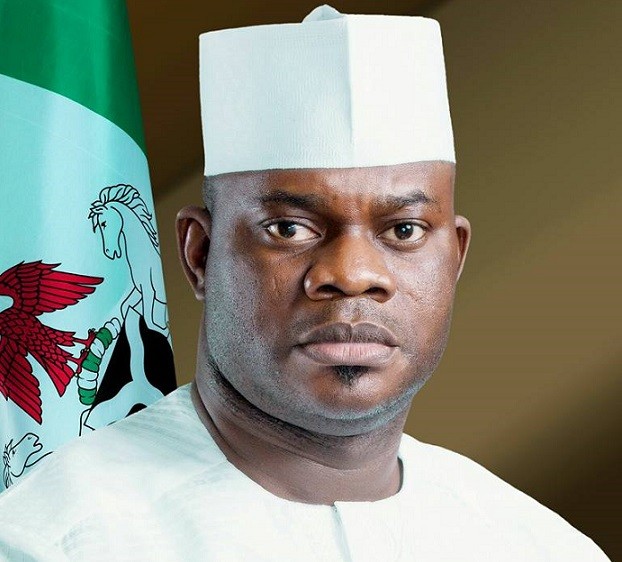 Between Governor Yahaya Bello and senators Smart Adeyemi and Dino Melaye, all from Kogi State, Nigerians should have a sense of the character and quality of men they elect into office. Let me say, perhaps, for the umpteenth time, that politicians anywhere in the world are a couple of conceited, self-possessed fellows who would pander to anything to achieve a purpose.

It is true that Nigerian politicians are peculiar in the mess that they make but essentially, politicians cannot turn a country around all by themselves; no country should totally leave its destiny in the hands of politicians.

Politicians, no matter what ideology they profess, seldom work for the people’s interest. In politics, it is the survival of the fittest; it is the interest that currently satisfies the end that the politicians of the day want to arrive at. Sometimes, they camouflage their interests as identical with ours, but that is no more than a smokescreen.

For the average politician, everything is about the next election. Even those things that they do for us are about building their electoral capital towards winning a second term or retaining their party in power. The philosophy that guides the average politician anywhere in the world is political survival; which is why former French leader and statesman, Charles de Gaulle, once came to the conclusion that “politics is too serious a matter to be left to the politicians.”

When I think about politicians, I remember the fable of the Scorpion and Turtle. The Scorpion, being a poor swimmer, once sought the help of the Turtle towards crossing a river. The animal advocated that the reptile should carry it on its back while swimming across the river. The Turtle thought this was a weird suggestion and told Scorpion: “You will sting me when I’m swimming and I’ll drown”

Scorpion replied laughing,“My dear Turtle, if I were to sting you, you would drown and I would go down with you. Where is the logic in that?” It assured the Turtle that there would be no stings.

Turtle saw some sense in that; if it had Scorpion on its back and was going to drown as a result of a sting, there would be no escape for Scorpion itself since both of them would be in the middle of the river. It asked Scorpion to hop on.

They swam on without any incident until halfway across the river when the Scorpion bared its fang, giving its benefactor a mighty sting. As they both sank to the bottom of the river, Turtle asked, in regret and disappointment: “You said there would be no logic in your stinging me, why did you do it?” The Scorpion replied,“It has nothing to do with logic, it’s just my character!” The average politician cannot just help himself from his egomania and disloyalty.

There is a particular sense in which the Nigerian politician is peculiar in his disregard for the electorate and the country, though. He is totally unaccountable and unbashful about it. These men have shown this and more in the past couple of days.

Let us start with the Kogi State governor who gained office after Prince AbubakarAudu, his kinsman, succumbed to death just at the cusp of attaining glory.

A young man, whose election, even though affirmed by the courts, is still mired in controversy, Bello has carried on like there is no tomorrow, swimming into crisis after crisis and leading his otherwise peaceful state into ignoble cognisance.

His latest indiscretion, given that not paying the salaries of workers is now a common malady amongst our elite governors’ club, arrived with allegations by the Independent National Electoral Commission that the governor might have registered as a voter twice.

The immediate reaction from a statement issued by the governor’s Director General on Media, Kingsley Fanwo, did not deny the allegation. Instead, it suggested that the “issue was straight forward enough as the governor welcomes the decision of INEC to cancel the latter registration,” -a subtle acquiescence that the event might have actually happened.

Bello came one week later with an outright denial of the second registration. He presented an alibi that he was in Dubai and trivialised the matter by suggesting that the registration must have been carried out by his ghost!That was the explanation a top ranking elected executive could give concerning a criminal allegation, which is a slap on the face of the people on many fronts.

For instance, if Bello registered in Abuja, without applying to transfer his registration before the election that brought him to office, it stands that he did not even qualify to have contested ab initio. But the governor waved it away in that usual condescending manner of people of power in Nigeria.

And he seems set to get away with his treatment of the issue as everyone has gone quiet but for people like Melaye who insist that he must leave office.

But before you put the crown on Melaye for this, we should interrogate his motive especially as he was the same man who praised the governor to high heavens just a little over a year ago. What has suddenly changed that two people who shared bedroom secrets yesterday now render each other naked in public? Does this have to do with the interest of the electorate?

The answer is a definite no. The current altercation between these fellows is personal and essentially a question of access and loss of control. Do not be surprised that the question of who would be governor when elections are conducted in 2020 may indeed be behind all of this drama.

This brings us to the duo of Melaye and Smart Adeyemi. The former defeated the latter in the race to occupy the Kogi West seat at the Senate in 2015. Two years after, an audio recording emerged alleging that Melaye had bribed a judge to win the election petition filed by Adeyemi. The duo was invited to appear on Channels Television Politics Today this week and nothing could have been more shameful than the performance of these two men, one who spent two terms in the Senate after leading the Nigerian Union of Journalists and the other, being a former member of the House of Representatives and a senator of two years standing.

Although human beings are wired to lose their cool every now and then, leaders are expected to be of high Emotional Intelligence Quotient, at least slightly higher than the average.

And when politicians lose it in places where they have any modicum of respect for the people, they follow it up with apologies, not just to the person they maligned but to the electorate, knowing that their loss of comportment was a greater disrespect for the people’s confidence in them. But not Nigeria!

And the ego-tripping!  Adeyemi boasted about his tenure as the NUJ president and how Melaye was a “mere street boy” at the time. They both laid claim to superior integrity but I ask, what is integrity without self-control?

And these guys are turncoats! Adeyemi, who vouched that the PDP was the best thing to have happened to Nigeria and Kogi State can now suddenly justify Bello’s inability to satisfy the yearnings of the people of the state because of the waste of the same administration he solicited votes for? How more disrespectful can these people be?

This is not so much about anything but how they will feed on us for the rest of their lives. For that, politicians can do anything.

Nigerians must realise that we are mere meal tickets for a lot of these characters in power. But then, even if we must feed people, we should open our eyes and give power to those who will have our backs.