Khloe Kardashian Doesn’t Have ‘Ill Will’ Toward Ex Tristan Thompson 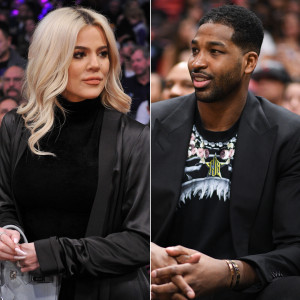 Khloé Kardashian isn’t harboring any animosity toward her ex-boyfriend Tristan Thompson, despite the storms the pair have weathered. The latest issue they are tackling revolves around Jordan Craig, the athlete’s ex-girlfriend — with whom he shares a son — as she made bold claims about her former flame. 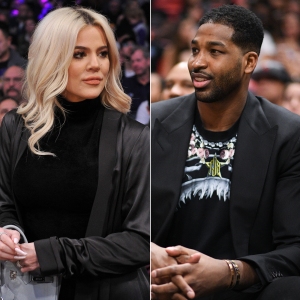 Earlier this month, Radar Online reported that Craig, 27, said Thompson, 28, struck up a relationship with Kardashian, 34, when she was pregnant with the Cleveland Cavaliers star’s now-2-year-old son, Prince Thompson — something she claimed caused “pregnancy complications.” In a deposition, she also alleged that Thompson paid her $112,000 to abstain from dating other men while he was dating the Good American co-founder.

A source told Us Weekly, though, that Kardashian isn’t concerned by Craig’s claims about Thompson.

“This issue with Jordan wasn’t even on her radar — Khloé didn’t know, but she felt she had to say something and set the record straight,” the insider exclusively shared with Us. “She has moved past all of her drama with him. They are still co-parenting and she doesn’t have ill will towards Tristan. Khloé is so happy with True it’s like nothing else matters.”

The source’s comments follow a statement the Keeping Up With the Kardashians star made in an effort to clear up speculation about how her former romantic bond with Thompson started. In admitting her “truth,” she noted that she was “disappointed” that she had to denounce Craig’s allegations.

Kardashian said that Thompson informed her about Craig’s pregnancy early after the pair went on a few dates.

“Obviously, I was reluctant about us continuing to date or start a relationship. He pleaded with me that the relationship was over long before we met,” she wrote in her now-expired Instagram Stories on Wednesday, June 12. “He had me talk with his most inner circle. He showed [me] physical [proof] (correspondence between the two) and had me on calls with his lawyers to prove his point. His best friends, business associates and even his mother told me, him and his ex were broken up before we met.”

While Kardashian isn’t bothered by the recent Craig-fueled drama, Thompson’s affair with Jordyn Woods is still a soft spot. The cheating scandal is set to unfold in Keeping Up With the Kardashians’ two-part season finale beginning Sunday, June 23.

“Well needless to say I won’t be live chatting next week. Sorry guys,” she tweeted on Sunday, June 16, referencing the show’s anticipated episode.

Us previously confirmed that the Revenge Body star, who was married to Lamar Odom from 2009 to 2016, split from Thompson in February after 10 months together. The NBA star became the subject of many headlines after news broke about him cheating on a then-pregnant Kardashian.