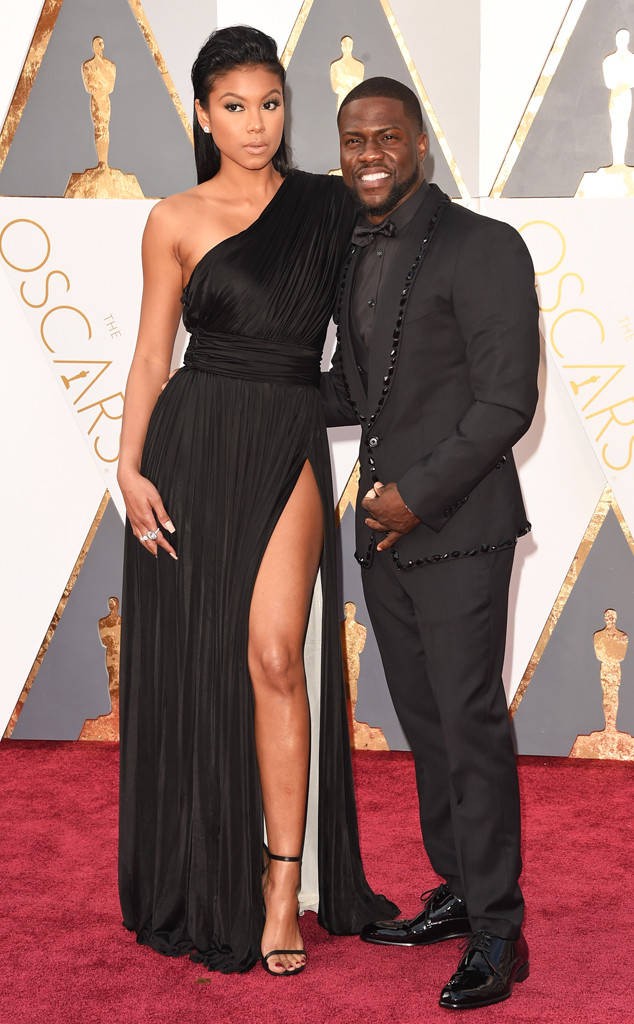 The comedian found himself at the center of a short-lived cheating scandal Wednesday when photos of him and a mystery woman sitting together in the backseat of a car surfaced online. Hart and wife Eniko Parrish are expecting their first child together, but there doesn’t appear to be an extramarital affair threatening the couple’s exciting time ahead.

Kevin responded to the rumors via Instagram on Wednesday by posting a photo of himself laughing with a border of text that read, “At the end of the day, you just gotta laugh at the BS.” He added in the caption, “#LiveLoveLaugh ….. [Shaking my damn head.]”

Eniko has yet to comment on the allegations, but did pose for an Instagram selfie shared the same day. The 32-year-old described herself as feeling “GREAT” in the photo that showcased her growing baby bump.

The couple, who became husband and wife last August during a Santa Barbara, Calif. wedding ceremony, announced a baby boy was on the way on Mother’s Day. Hart has two children, Hendrix and Heaven Hart, from a previous relationship.

Kevin’s ex-wife Torrei Hart accused Eniko of breaking up their eight-year marriage. But when she blamed Hart’s alleged infidelity on their divorce during an emotional interview with ET, the Ride Along star refuted Torrei’s claims and stood by his then-girlfriend’s side. 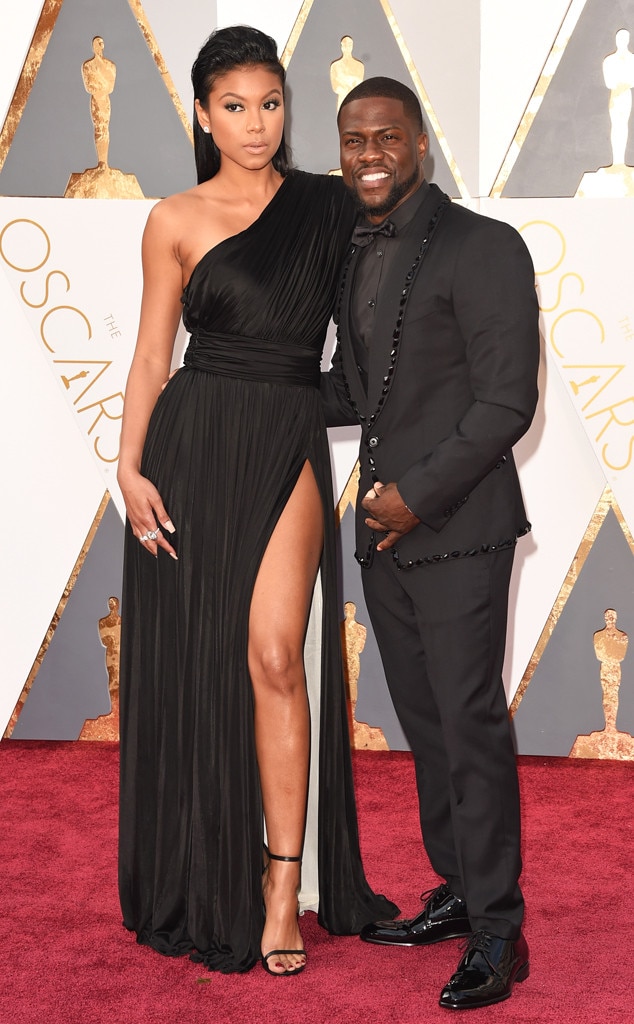 He tweeted in 2014, “My woman has nothing to do with my past marriage problems in any way shape or form. It’s almost 7yrs total of me not being with my Ex…”

Meanwhile, Hart seems to be anxiously awaiting the arrival of his third child and recently shared an update on possible baby names with E! News. “My wife would kill me if I said what she’s got going on,” the 38-year-old joked. “I’m going to shut up before I get myself in trouble!”

Hart continued, “We’ve got names floating around. All I know is I want a ‘K’ to be in there somewhere. The name Kevin, Kay—something’s got to come full circle.”

It seems Eniko and Kevin’s relationship is so rock-solid, in fact, that they’re planning the next pregnancy. “I’m glad that we’re having a boy, but I’m willing to bet that somewhere down the line my wife makes me go for a girl,” he shared. “I know it, and I don’t want another girl because my daughter is so much.”