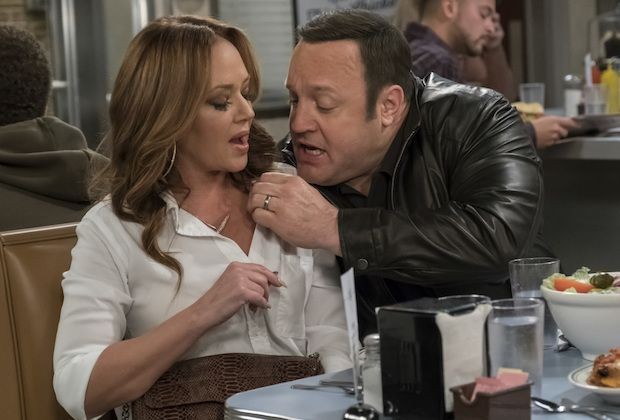 The King of Queens reunion is becoming permanent on Kevin Can Wait, but that’s not the only change coming to the CBS comedy.

While the series is keeping Leah Remini around as Kevin’s (Kevin James) former police partner Vanessa Cellucci, it’s also saying goodbye to his wife Donna, played by Erinn Hayes, who will no longer be part of the cast when the show returns in the fall.

Vanessa made her debut in the season one finale, when Kevin returned to the police force briefly for an undercover operation. At the same time, Donna quit her job as a school nurse, leaving both her and Kevin unemployed.

TVLine, who was first to report the news of Hayes’ departure, also reports that the show will be going in a new creative direction in its second season.

True, I’ve been let go from the show. Very sad, I had a great experience season 1. Thank you for all the support from our wonderful fans. https://t.co/HfYKzVuSnT

Hayes confirmed the exit on Twitter, saying she was “let go” from the show. “Very sad. I had a great experience season 1,” she said.

While Donna’s absence may be bad news for big fans of season one of Kevin Can Wait, at least the fans of King of Queens will be happy to see that Remini is sticking around. She and James starred in the CBS sitcom for nine seasons, from 1998 to 2007, along with Jerry Stiller, Patton Oswalt, and James’ real-life brother Gary Valentine, who also stars in Kevin Can Wait.

Remini posted about the news on Instagram, saying, “Dreams do come true.”