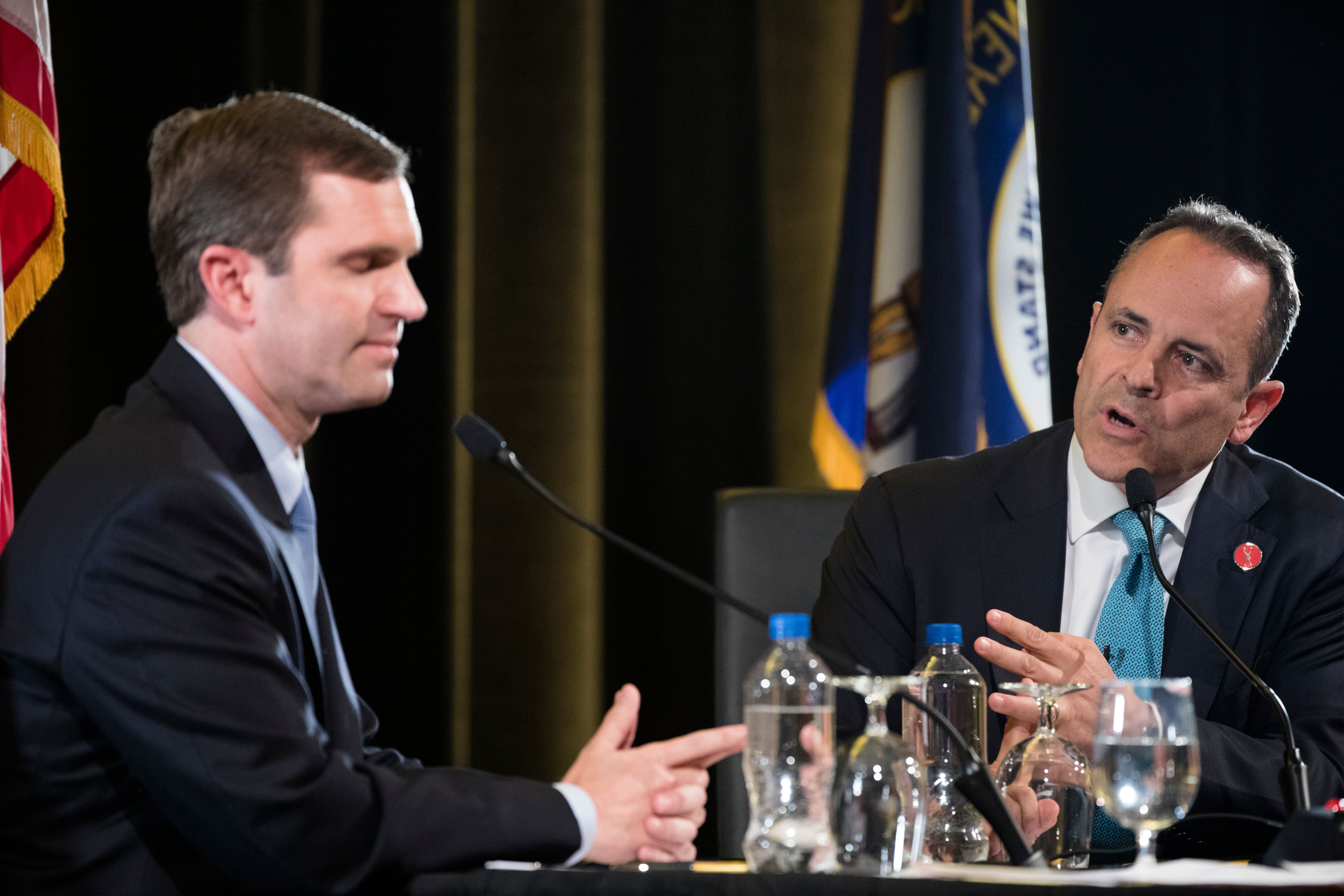 Kentucky Democrats on Wednesday dismissed suggestions from a top state Republican lawmaker that the result of Tuesday’s close governor’s race could ultimately be determined in the GOP-controlled state legislature.

Andy Beshear, the Democratic attorney general, claimed victory on Tuesday night after Secretary of State Alison Lundergan Grimes, a Democrat, declared him the winner with polls showing Beshear leading GOP Gov. Matt Bevin by roughly 5,100 votes — or less than half a percentage point — with counting finished.

Bevin disputed the declaration, and attempted to sow doubt about the election’s legitimacy in a speech to supporters in Louisville, where he said his campaign had evidence of “irregularities,” though he did not substantiate those claims and state election officials have not reported any such problems.

Bevin requested a recanvass of the election results on Wednesday, the Associated Press reported, in which county officials will recheck vote totals. And if that doesn’t go his way, he and Kentucky Republicans could try to drag out the process before Dec. 10, when state law says the new governor must take office.

On Tuesday night, state Senate Majority Leader Robert Stivers, a Republican, told the Louisville Courier-Journal that his staff had informed him that under Kentucky election law, a disputed result could ultimately come before the legislature, where Republicans hold supermajorities in both chambers.

“There is no way that the state Senate, an institution I love, is going to come in and overturn a vote of the people of the Commonwealth of Kentucky. That’s just not going to happen,” McGarvey told HuffPost on Wednesday. “The people spoke last night, and they spoke clearly.”

“What you saw last night was a public rebuke of government by chaos, and the legislature absolutely should not further undermine peoples’ confidence in government and free and fair elections,” McGarvey said.

Under Kentucky election law, Bevin could request a full recount that would be overseen by a judge after the recanvass. His final option would be to formally contest the result, which could possibly put a limited number of lawmakers from both legislative houses in charge of determining the result.

No Kentucky governor’s election has been contested in such a manner since 1899, the Courier-Journal reported. That race was considered too close to call after voting ended, and the Republican candidate was declared the winner. But after a violent dispute, Democrats in the legislature eventually swung the election in their favor by throwing away enough ballots to have their candidate declared victorious.

Bevin has not called Beshear since Tuesday’s election, Beshear said at a Wednesday news conference in Louisville, where he named the head of his transition team and said that he was unaware of any possible irregularities in the race.

“I don’t know what information he’s working off of,” Beshear said while noting that in 2015, Bevin narrowly won a Republican primary by just 83 votes, a result that his closest opponent accepted after a quick recanvass.

McGarvey said that he had no problem with Bevin asking election officials for a recanvass. But, he added, “I don’t think a recanvass has ever changed the result of an election.”

In a statement, Beshear campaign manager Eric Hyers called on Bevin to respect the results of the recanvass and reiterated that the process has never changed the outcome of an election in Kentucky.

In Washington, representatives from the Democratic Governors’ Association also shrugged off Bevin’s refusal to concede the race, and any suggestion that the result could fall to the legislature.

“We expect Gov. Bevin to honor the results of the election,” DGA political director Marshall Cohen said at a briefing with reporters.

Kentucky state Rep. Jason Nemes, a Louisville Republican, said in a Wednesday morning Facebook post that if Bevin has evidence of voting irregularities, he “should state his claim immediately and let the evidence be reviewed.”

“But this is not an opportunity for a fishing expedition or a chance to overturn the election result,” Nemes, who said he’d support a recanvass, added. “Governor-elect Beshear is entitled to the democratic legitimacy that comes with loser’s consent. So let’s go through the process honorably and expeditiously and give it to him.”

Stivers, the state Senate majority leader, did not immediately respond to a phone call seeking comment.

“It’s time to move forward with a smooth transition so that we can do the people’s business,” Beshear said Wednesday. “The election is over.”