Kenney, O’Toole and the battle for Alberta conservatism 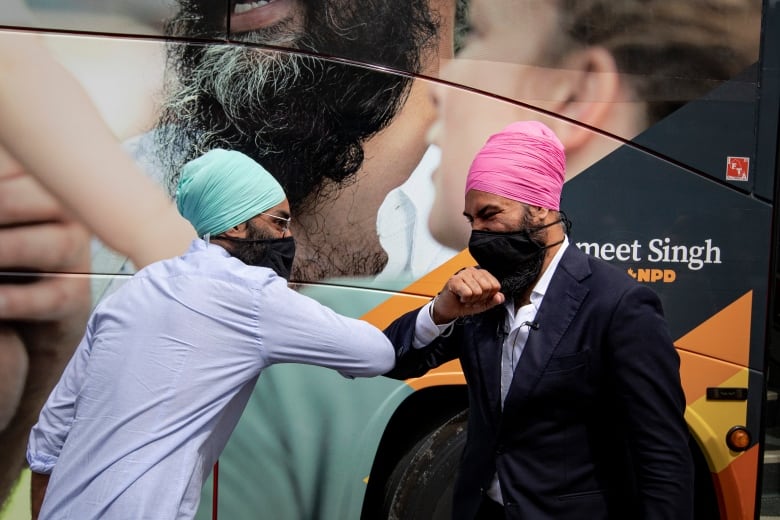 This column is an opinion from Ken Boessenkool. He was a senior campaign adviser to prime minister Stephen Harper, and has worked or volunteered for Preston Manning, Stockwell Day, Jim Dinning, Ric McIver and Christy Clark. He is not currently doing any political work in Alberta or elsewhere, paid or otherwise.

Were the last two provincial elections in Alberta foretelling a generational shift in Alberta’s political preferences or were they a reversion to the mean?

There are a bunch of signals that it’s the former, which means provincial conservatives, Jason Kenney chief among them, and United Conservatives here in Alberta are all in for the fight of their lives.

For the first two weeks of the federal campaign, Kenney went into hiding… I mean, on holidays. And for good reason. Federal polling numbers prior to the campaign suggested that Erin O’Toole was suffering in Alberta from a problem not of his own making, and that will make it difficult for him to repeat past sweeps of our province.

The first signal is the polling numbers, where Jason Kenney’s UCP is seriously behind.

Serious shifts and the shocker

Going into this past summer, Kenney had the lowest approval rating of any premier at 31 per cent, half of what he had following the 2019 provincial election, according to the Angus Reid Institute.

A recent poll by Leger has the provincial NDP ahead of the UCP by 10 points, 39 to 29. That’s NDP majority territory.

Those are some serious shifts, but how resilient is Kenney’s fall from grace?

And just how resilient are those NDP numbers? Plenty, it would appear.

The second signal was the shocker coming from the fundraising numbers for the first half of this year that revealed the NDP more than doubled the UCP cash haul. In the second quarter of 2021 alone, the NDP raised more money than they spent to win the 2015 election.

A third signal was, for me, a simply astounding Abacus Data poll on Alberta’s vote intentions going into the current federal election.

It had Erin O’Toole’s federal Conservative Party of Canada polling a full 30 points below what former leader Andrew Scheer posted in the 2019 election.

While that was surprising enough, the bigger surprise was the beneficiaries of that drop.

The Liberals in Alberta were up 10 points from their showing in the last election, but in line with their Alberta results in the 2015 federal election. But look at the federal NDP!

Since these polls were taken, O’Toole has regained some ground in Alberta — suggesting Kenney’s holiday is doing O’Toole some good — at the expense of both left-leaning parties.

Leger currently has the NDP up 10 per cent from its 2019 results in Alberta, while the Liberals trail theirs from the same election.

One can’t help concluding that there are some serious Rachel Notley coattails for her federal cousins to ride.

But where are the two fringe right wing federal parties here in Alberta? In a word, nowhere.

For all the flailing of the far right, and high profile ejections from Kenney’s caucus, it’s like the People’s and Maverick Parties are giving off a bad smell. Maybe they should just go away.

These three signals suggest, at the very least, that Kenney has an enormous fight on his hands if he wants to win the next election.

It also suggests that Alberta is moving toward something it has only rarely seen in at least half a century: a competitive electoral battle between a party on the right and a party on the left.

Which brings us to the wildcard signal.

In addition to broadsides levelled at both Jason Kenney and Rachel Notley, Jean calls for “something like the Saskatchewan Party” in Alberta because Alberta has “lurched from right to far left, back to far right” and is heading “for another NDP majority in little more than 20 months.”

It’s worth remembering that Brian Jean was more popular — I would argue more well-known — among Albertans than Jason Kenney was in 2017, when the two faced off for the UCP leadership.

Which makes things a bit spicy, because while Kenney is undoubtedly more well-known today, it’s not at all clear — given everything above — that Kenney would win a popularity contest against Jean today.

Now assuming that Brian Jean isn’t just bored and woke up wanting to have some fun on social media, he has suggested two ways this could go.

After pointing out the kind of party Alberta needs, Jean concludes, “The UCP can and should still become this type of party.”

So perhaps Jean intends to use his considerable heft and relationships within the UCP to try to push Kenney out. It’s one heckuva gambit. Deposing a party leader — particularly a premier or prime minister — is notoriously difficult in Canadian politics.

But in his post, Jean suggests that an NDP victory in the next election is all but assured, which is perhaps why he says there is another way this could go: if the UCP doesn’t become the party Alberta needs, “Albertans will need to create one.”

You may have missed this, but there is one provincial party currently looking for a leader — the Alberta Party.

Brian Jean as leader of the Alberta Party? Really?

Yeah… it’s not so far fetched as you might think.

Jean has always been more of a weather vane than a compass, a consummate local politician who is more shaped by his surroundings than he shapes those surroundings. It’s not too much of a stretch to think he could make himself comfortable in an Alberta Party skin — though it might be more difficult for some of his key acolytes.

And from the Alberta Party perspective, it’s not so farfetched either.

It is a party that is threatened with extinction in the coming squeeze play between Kenney’s UCP and Notley’s NDP.

The Alberta Party needs a big name to get through these challenges and live to fight another day. I can’t see another politician in Alberta that could do this besides Brian Jean — other than perhaps Naheed Nenshi, if he didn’t mix with political parties the way Mentos mix with Pepsi.

All I see are bricks being laid for a very strong foundation on which the NDP could rule Alberta for a very long time.

The NDP are going into this battle united, with a very strong and capable leader and an experienced and bright front bench. Only rabid partisans or political naifs can’t see that.

So what is the path forward?

My own preference draws on my experience with a better parallel than the Saskatchewan Party drawn by Jean — namely the B.C. Liberals.

The B.C. Liberals are a broad centre-right coalition that includes federal Liberals and federal Conservatives.

When I was most deeply involved there, Christy Clark (once a federal Liberal) was facing a strong challenge from the right – both within her party and outside of it in the form of the B.C. Conservatives.

Clark, with the help of many conservatives, and Conservatives (Stockwell Day in particular), overcame those challenges, which cleared away one of the most important obstacles that would have prevented her from winning the 2012 election — where she came from as far behind as Kenney is today.

The threats to a UCP re-election are coming not from the right, but from the left side of the UCP coalition. The Maverick, Peoples, and the Wildrose whatever-they-are-called-now Parties are simply nowhere. And going nowhere.

Gaining back the centre

Kenney needs to regain the trust of voters on the left side of his coalition — centrists — in Calgary and the suburbs of Edmonton. He may also need to fend off a potentially resurgent Alberta Party under Brian Jean.

Kenney is the most impressive and voracious conservative political organizer in Canada — with a track record here and elsewhere to match. Today he needs to turn those skills toward the centre and find the people and skills who can help him maintain, or build, the centrist portion of the UCP coalition.

And he has to do this while serving as Alberta’s premier and maintaining the confidence of his caucus.

It’s far bigger — in part because it’s different — than any task he’s ever faced. It’s the fight of his life.