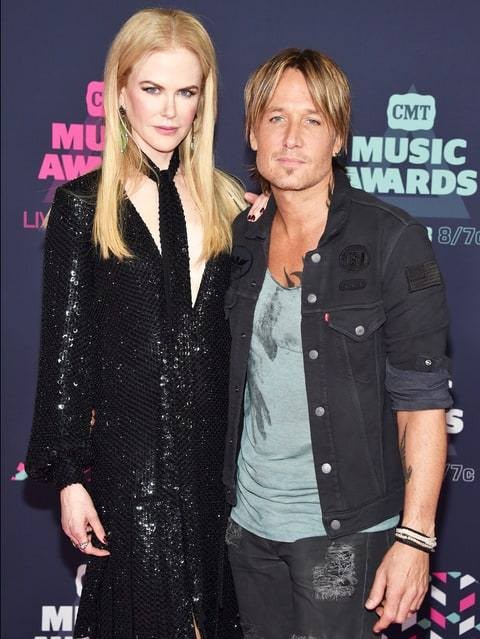 The 2017 CMT Music Awards took place on Wednesday and some of the sweetest couples in Hollywood made it a date night!

After striking a pose on the red carpet together, Keith Urban and Nicole Kidman went inside the award show. During the ceremony, Keith won the award for Male Video of the Year for his song “Blue Ain’t Your Color.” And during his acceptance speech, Keith gave his wife an adorable shout-out.

He gushed, “I want to say massive thank you to my wife, Nicole Mary because you have no idea how much of what I do she’s involved in every little piece of it. And especially for the videos and helping me.”

And even though he knew his wife would “hate” him saying this, he told the audience he had to.

He explained, “She hates me saying this, but I want to say it because she helps me so much make these videos what they are.”

Watch the E! News video above to see more sweet moments between the couple and to get more award show scoop!