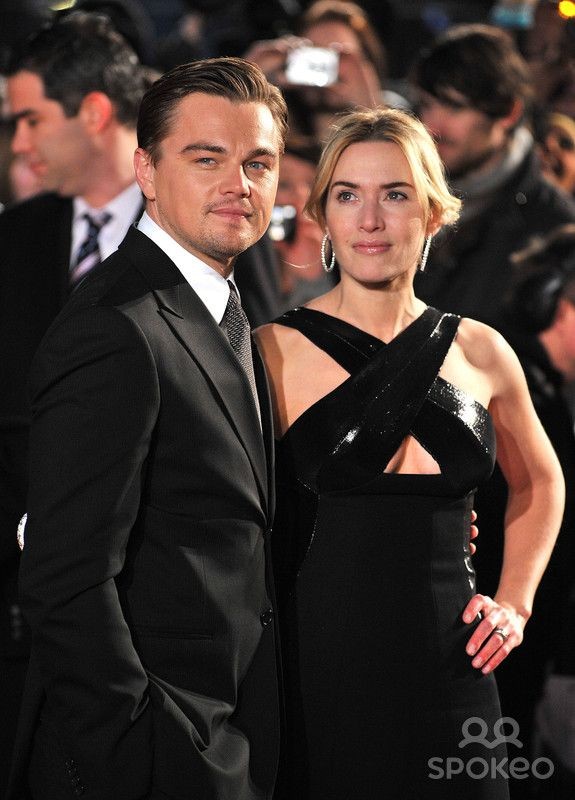 Anything Leo can do, Kate can do better…

Kate Winslet caught up with E! News over the weekend and dished about her chilling new role in The Mountain Between Us, starring opposite Idris Elba In the interview, the actress also discussed whether or not it was harder to film this movie than her role in Titanic and if she plans on working with her pal Leonardo DiCaprio again.

In the new film, Idris and Kate play strangers who survive a deadly plane crash on a snow-covered mountain and must forge a bond in order to survive the elements. Sounds like a rough time, and it turns out it was…

“This was much harder than Titanic because we really were at 10,000 feet and it really was -38 degrees Celsius [-36 degrees Fahrenheit].”

When asked if the filming the did movie remind her in some ways of her career-making role, the 41-year-old said, “I definitely had Titanic flashbacks. How could I not? Freezing cold. Me falling into that cold water.”

She added, “It was definitely reminiscent of certain other rather challenging, strenuous experiences I had 20 years ago. 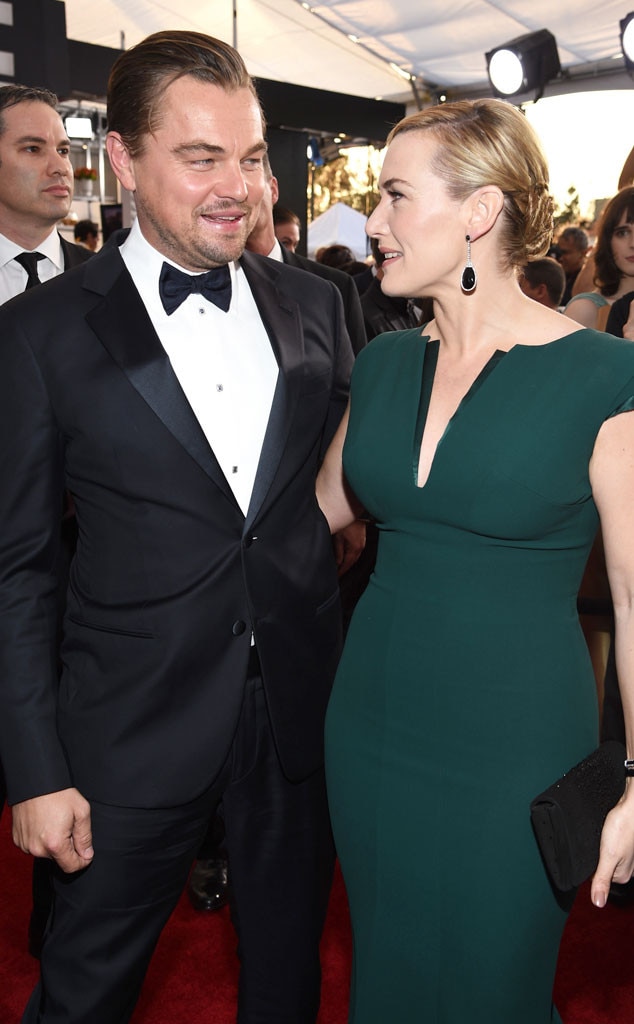 In the interview she also admitted she talked to her pal Leo, who won an Oscar for his turn as frontiersman Hugh Glass in The Revenant, to get some tips about acting in the cold.

“[Leonardo and I] did speak before filming and he did sort of say to me, ‘Oh my god, you are crazy. It’s going to be freezing cold. Do you honestly know what you are sending yourself up for?'”

Kate laughed and said she kept her friend in the loop while on set. “I would send him little photos of me saying, ‘Thinking of you,’ as I am lying in the freezing snow covered ice and he would just send back slightly worried emojis,” said the star.

As for whether or not she compares her challenging work in The Mountain Between Us to his, Kate said: “How could I ever compare anything to what he did in The Revenant?…He did climb proper naked inside a horse carcass and I didn’t do anything like that!”

As for whether the lifelong besties are going to meet up again any time soon, Kate said not right now but that she wouldn’t rule anything out.

“At the moment, no. There’s nothing that Leo and I have planned. But as always I would love to work with him again one day but who knows? It might not happen until we’re 70.”

That would certainly be a movie worth seeing!