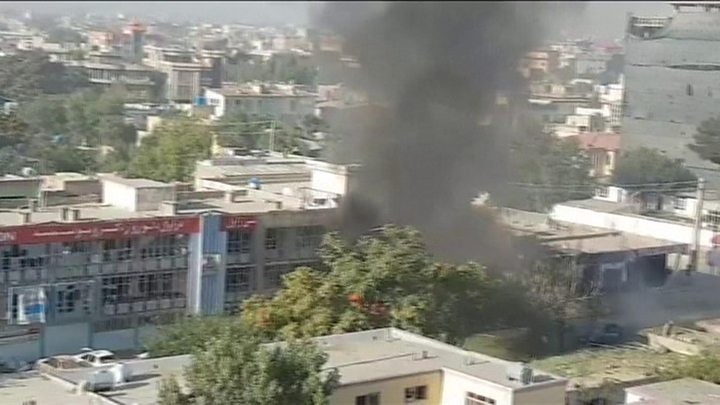 A suicide car bomb has exploded in the Afghan capital, Kabul, killing at least 24 people, officials have told the BBC.

At least 42 were injured and there are fears the casualties could rise.

The blast in a mainly Shia district in the west of the city struck a bus carrying government employees from the ministry of mines.

The Taliban have said they carried out the attack. Kabul has seen a number of deadly attacks this year blamed on the Taliban or so-called Islamic State.

Security forces cordoned off the area of Monday’s blast, which took place during the rush hour.

Images showed the bus was completely burned out.

A spokesman for deputy government Chief Executive Mohammad Mohaqiq suggested the attackers may have been trying to target his home but “were stopped by guards”.

Mr Mohaqiq is a leader of the minority Shia Hazara community. There have been several attacks in the district, where many members of the community live, including one that killed senior cleric Ramazan Hussainzada last month.

President Ashraf Ghani condemned the latest attack on “civilians and government staff”, while the interior ministry denounced it as “a criminal act against humanity”.

According to the United Nations, the country has seen at least 1,662 civilian deaths in the first half of the year with around 20% of those in the capital.

On 31 May, a huge bombing in central Kabul killed more than 150 people, the deadliest militant attack in the country since US-led forces ousted the Taliban from power in 2001.

Last month, at least 34 people were killed and 58 injured when a car bomb was detonated outside a bank in the southern province of Helmand.

US President Donald Trump is weighing up whether to increase the number of US troops who are aiding the Afghan military and police.