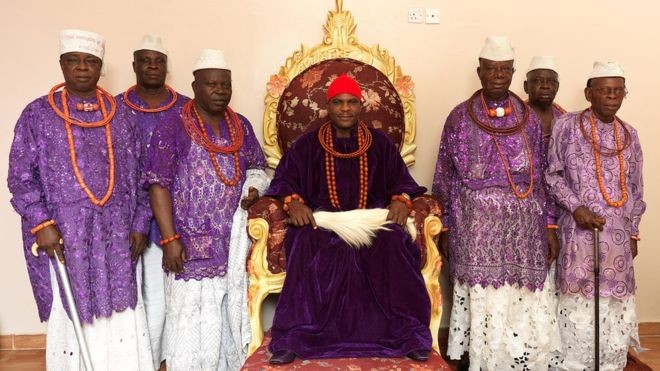 PATANI— IT was a celebration galore, yesterday, at the palace of the Pere of Kabowei Kingdom, Patani, Delta State, following the emergence of a new monarch of the kingdom, HRM Erebulu  Aduo III.

The coronation of the monarch, which was presided by the Kabowei Council of Chiefs, was done at the Pere’s palace in line with the custom and tradition of the Kabowei people.

The emergence of the monarch, who is the youngest in the entire Ijaw nation, has filled the vacancy created by the exit of the former monarch, HRM Capt. Lucky Erebule, who joined his ancestors two years ago.

Describing the emergence of the monarch as apt and timely, the member representing Patani constituency in the state House of Assembly,  Timi Tonye, said: “On behalf of the good people of Patani Local Government Area, l congratulate the newly coronated Pere of Kabowei Kingdom.

“It is my prayer that the Almighty Lord grant him the wisdom to pilot the traditional stool of his forbearers for the overall development of the people of Kabowie Kingdom.”