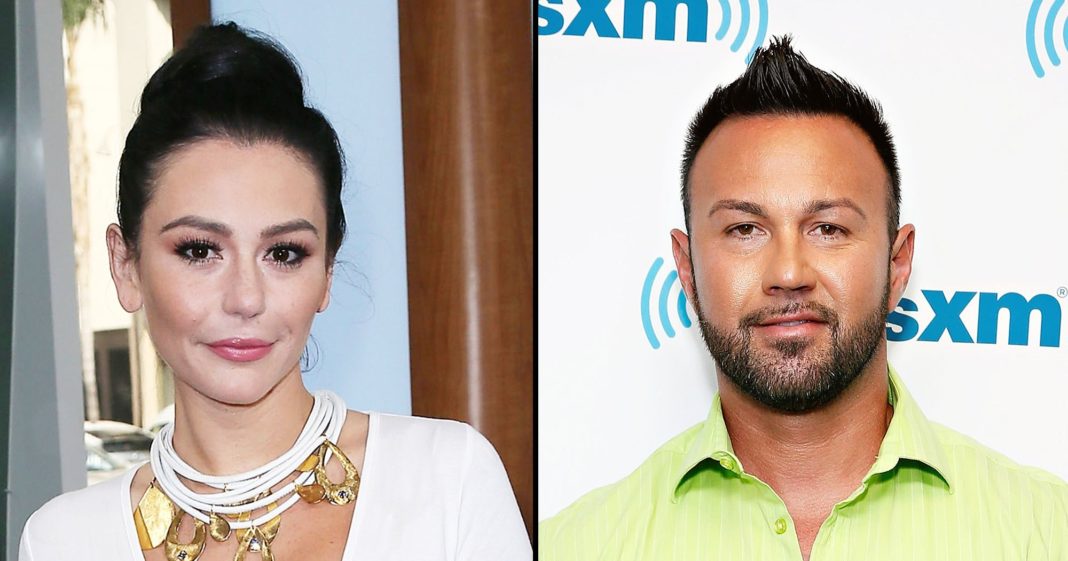 Jenni “JWoww” Farley and Roger Mathews may be on better terms, but the Jersey Shore star has no plans to get back together with her estranged husband.

“Jenni’s kids’ needs and wants will always come first,” Farley’s rep, Robyn Matarazzo, told Us Weekly in a statement on Monday, April 8. “She is being an adult about the divorce and working towards being better coparents. As far as the divorce, there is no reconciliation in the future and she is excited about continuing to move on with her life.”

The 33-year-old MTV star reunited with Mathews, 43, for a pre-Easter celebration with their two children on Saturday, April 6. The duo share daughter Meilani, 4, and son Greyson, 2.

“Good day with the Easter Bunny today in New Hope PA aboard the Easter Bunny Express,” the truck driver captioned a series of photos and videos of his family outing on Saturday via Instagram.

Farley and Mathews, who tied the knot in 2015, called it quits in September 2018. Months later, the reality personality accused her ex of being abusive during their marriage in a blog post.

“You are an abuser to the core, Roger Mathews. You have pushed me. You have shoved me,” Farley wrote in January. “You have aggressively thrown me to the ground. You have prevented me from closing doors to escape having you coming at me. You have belittled and disparaged me. You have threatened me.”

Mathews fired back on his website, alleging that Farley was lying. “I wonder why in the eight years together you never once, not once said to me or ANYONE for that matter that I was physically abusive with you in any way,” he wrote. “You have punched me in the face you have always been the aggressor.”

According to court documents previously obtained by Us, Farley and Mathews both requested primary physical custody and joint legal custody of their children. In February, the reality star filed paperwork asking a judge to dismiss Mathews’ divorce petition.