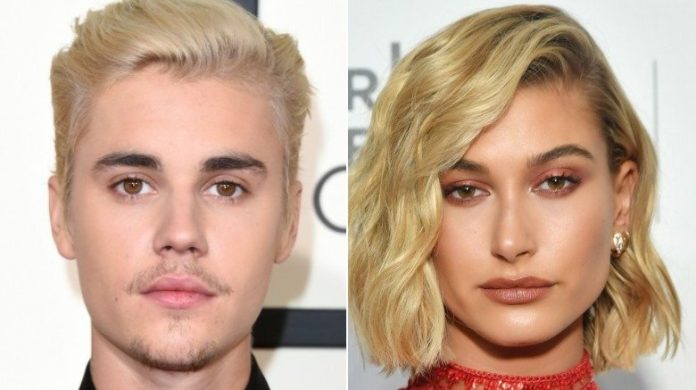 Justin Bieber and Hailey Baldwin are ready to tie the knot!

As Nicki Swift previously reported, Bieber, 24, and Baldwin, 21, were first romantically linked in late 2015, but called it quits the following year. While the pop star reportedly got back together with on-again, off-again girlfriend Selena Gomez in October 2017, the two had cooled off on their relationship by April 2018. Following the split, Bieber and Baldwin rekindled their romance in June.

At the time of this writing, reps for the on-and-off couple have yet to publicly comment on the engagement news. Bieber’s parents hinted at the proposal on social media.” Love Love,” his mom, Pattie Mallette, simply tweeted over the weekend. Meanwhile, Bieber’s father captioned an Instagram snapshot of his famous son overlooking a gorgeous sunset with, ” @justinbieber Proud is an understatement! Excited for the next chapter!”

“Justin has been extremely happy these past few weeks. He has known Hailey for a long time.

According to a TMZ exclusive, the “Sorry” singer and supermodel are engaged to be married. As multiple sources told the gossip rag, Bieber reportedly popped the question on Saturday evening, July 7, 2018, while the two were out salsa dancing at a restaurant on a Bahamas resort.

” Justin and I were friends for a long time,” Baldwin previously said of their complicated history, telling The Times UK in May 2018, “Everybody knows that at a certain point in time that turned into something else.” While the pair “didn’t speak for quite some time and there was a lot of weirdness that went on” following their initial breakup, the television personality added, “We’ve moved past that.”

Bieber and Baldwin aren’t the only celeb couple to surprise fans with engagement news this summer. David Foster proposed to Katharine McPhee last week during their Capri vacation, just two months after making their official red carpet debut as a couple at the Met Gala. Meanwhile, Ariana Grande became engaged to comedian Pete Davidson after only a few weeks of dating last month.