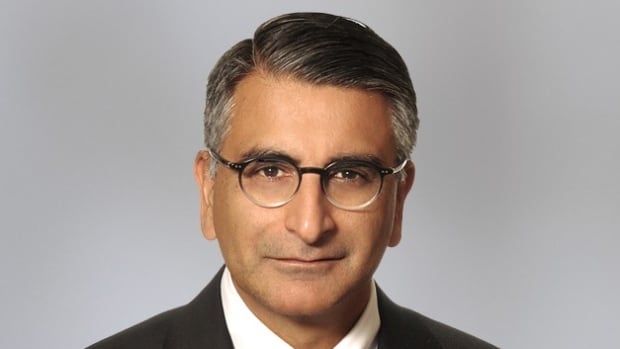 Prime Minister Justin Trudeau has nominated the Honourable Mahmud Jamal as the next member of the Supreme Court of Canada.

“I know that Justice Jamal, with his exceptional legal and academic experience and dedication to serving others, will be a valuable asset to our country’s highest court,” Trudeau said in a media statement.

The fully bilingual Justice Jamal was appointed to the Court of Appeal for Ontario in 2019 and appeared in 35 appeals before the Supreme Court of Canada on civil, constitutional, criminal and regulatory issues.

The first person of colour to be nominated to Canada’s top court, he also taught constitutional law at McGill University and administrative law at Osgoode Hall Law School.

Jamal will replace Justice Rosalie Abella, currently the longest-serving Supreme Court justice, who will retire from the court on July 1, her 75th birthday.

According to the Liberal government’s appointment process for the Supreme Court, Jamal’s name would have been added to a list of three to five candidates submitted to Trudeau by the court’s advisory council, headed up by former prime minister Kim Campbell.

The board’s recommendations are non-binding.

The short list would then have been reviewed by a list of interested parties, including the chief justice, provincial and territorial attorneys general, relevant cabinet ministers, opposition justice critics and some House of Commons committees.

During the recruiting process, applicants must fill out a questionnaire. Some answers from the prime minister’s eventual nominee are made public.

Contributing to the law

When asked what he saw as his most significant contribution to law and the pursuit of Justice, Jamal said he would leave that to others to decide.

“At this stage of my life, there is no more meaningful way for me to contribute to the law and the pursuit of justice than through public service as a judge,” he wrote in his questionnaire. “Every judge knows what an extraordinary privilege and responsibility it is to be entrusted with the judicial role.

I was raised at school as a Christian, reciting the Lord’s Prayer and absorbing the values of the Church of England, and at home as a Muslim, memorizing Arabic prayers from the Quran…– Justice Jamal

“Every case is consequential, even if not precedential, because it matters to the parties. I try to approach each case with an open mind and a willingness to listen, both to counsel and to my colleagues — it is always more important to listen than to speak.”

Jamal said that he finds the most meaning in his pro bono work because it allows him to “join in something much larger than yourself.”

Jamal was born in Nairobi, Kenya in 1967 to a family originally from India. He said in his questionnaire that his family moved to the U.K. in search of a better life in 1969. In 1981, his family settled in Edmonton, where he attended high school.

He said his hybrid religious and cultural upbringing in the U.K. and Canada helps him grasp Canada’s variety and diversity.

“I was raised at school as a Christian, reciting the Lord’s Prayer and absorbing the values of the Church of England, and at home as a Muslim, memorizing Arabic prayers from the Quran and living as part of the Ismaili community,” he wrote.

“Like many others, I experienced discrimination as a fact of daily life. As a child and youth, I was taunted and harassed because of my name, religion, or the colour of my skin.”

Jamal said his wife immigrated to Canada from Iran to escape the persecution of the Bahá’í religious minority during the 1979 revolution.

“After we married, I became a Bahá’í, attracted by the faith’s message of the spiritual unity of humankind, and we raised our two children in Toronto’s multi-ethnic Bahá’í community,” he said.

From LSE to Yale

Jamal said he is the first person in his family to attend university. He spent a year at the London School of Economics before getting his economics degree from the University of Toronto. He then went to McGill to study common law and Quebec civil law before getting his graduate law degree from Yale Law School.

“I have lived and worked in three provinces and developed a national practice that took me to the courts of seven provinces,” he wrote.

“The erosion of interprovincial barriers allowed me to learn from lawyers and judges across Canada about the differences across jurisdictions and, more importantly, about the many commonalities that bring us together. These experiences deepened my conviction in the diversity and essential unity of our country, its peoples, and the Canadian legal profession.”

Both Campbell and Justice Minister David Lametti will appear soon before a special hearing of the House of Commons justice committee to discuss the selection process and the reasons for the nomination.

Members of the committee will then take part in a question and answer period with Jamal, joined by the members of the Senate Committee on Legal and Constitutional Affairs and a member of the Green Party of Canada.

This session will be moderated by Marie-Eve Sylvestre, dean of the Civil Law section at the University of Ottawa’s Faculty of Law.