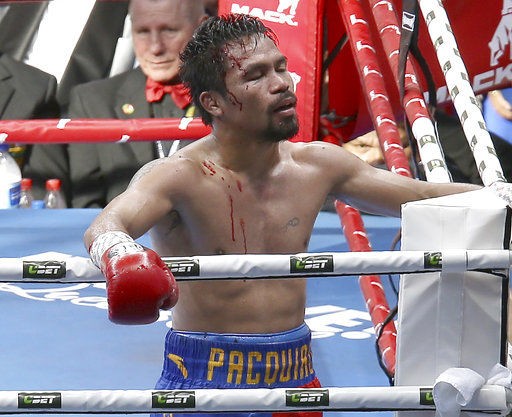 SAN JUAN, Puerto Rico — An independent review of the scoring in Manny Pacquiao’s contentious WBO welterweight world title loss to Jeff Horn has confirmed the outcome in favor of the Australian former schoolteacher.

A Philippines government department asked the WBO to review the refereeing and the judging of the so-called “Battle of Brisbane” in Australia on July 2 after Horn, fighting for his first world title, won a unanimous points decision against Pacquiao, an 11-time world champion.

In a statement late Monday, the WBO said three of the five independent judges who reviewed the bout awarded it to Horn, one awarded it to Pacquiao and one scored a draw.

WBO president Francisco Valcarcel asked the judges, who came from different countries and remained anonymous, to assign their own scores to rounds, saying the results would be tabulated to ascertain which rounds each fighter won using an average scale based on 100, 80 and 60 percent.

“From the results, it can be established that Pacquiao won 5 rounds while Horn won 7 rounds,” the WBO statement said.

The Philippines Games and Amusements Board (GAB) last week urged a review, saying it wanted to protect the integrity of the sport.

The fight, in front of more than 51,000 people at a rugby stadium in Brisbane, was scored 117-111 by Waleksa Roldan and 115-113 each by Chris Flores and Ramon Cerdan — Roldan’s score coming in for most criticism. Pacquiao had Horn wobbling and in trouble in the ninth round, but couldn’t finish him off. Horn rallied late to hold on for a points decision and remain unbeaten in 18 professional fights.

“It gives me evidence behind me that I can just use now. Instead of saying ‘I think I won the fight,’ now a heap of other people — professionally — think I won the fight,” Horn told reporters in Brisbane on Tuesday as he prepared to board a flight for Los Angeles. “It’s definitely nice to have it finally put on paper.

“Now just to have it clear in front of us is good.”

Pacquiao had a rematch clause in his rich contract for the fight, and speculating is mounting about another showdown in Australia in November.

GAB chairman Abraham Kahlil Mitra last week welcomed the WBO’s decision to conduct the review, saying it would send a strong signal that any sign of leniency, abuse of authority or wrongdoing would not be tolerated.

“Our feeling is, if you’re quiet, you’ll get abused, but if you complain, they’ll be careful. … Manny is a senator, a champion, but was like wrestled there, abused by them,” Mitra told The Associated Press in the Philippines’ capital after the WBO confirmed it would review the scoring. “If it can be done to him, it can be done to any other Filipino boxer.”