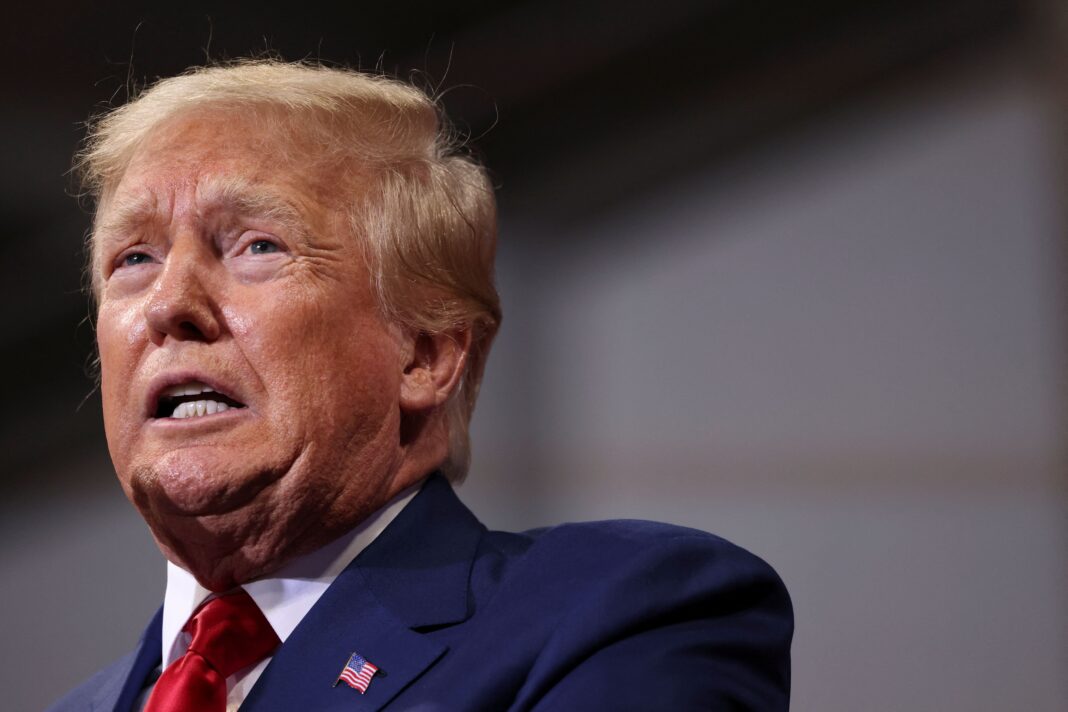 U.S. District Judge Aileen Cannon ruled on Thursday that Donald Trump does not have to comply with an order by the special master to put up or shut up about his claims that the FBI “planted” information among documents that agents seized from Mar-a-Lago.

Special master Raymond Dearie — a federal judge who was recommended by Trump’s own legal team — had given the former president’s lawyers until Friday to confirm or refute an inventory list of items taken by the FBI agents that was provided by the Justice Department.

Dearie’s order in essence demanded proof of Trump’s claims that some White House files agents confiscated at Mar-a-Lago had been “planted.” It was a claim pointedly not ever made by his attorneys.

“This submission shall be Plaintiff’s final opportunity to raise any factual dispute as to the completeness and accuracy of the Detailed Property Inventory,” Dearie, a former federal prosecutor and a U.S. district judge in Brooklyn, New York, said when he issued the order.

Trump said he and family members watched agents search sections of his Mar-a-Lago home and resort on surveillance cameras, raising the question of how the FBI could have secretly planted evidence at the same time. Two lawyers for Trump were also at Mar-a-Lago during the search, and one signed off on a list of boxes and “miscellaneous top secret documents” that were removed.

“Because the special master’s case management plan exceeds the grant of authority from the District Court on this issue, plaintiff must object,” Trump’s attorneys wrote.

Cannon agreed in her order Thursday, saying Trump’s attorneys would not be required to affirm the accuracy of the FBI’s inventory from Mar-a-Lago before getting a chance to review the records themselves.

“There shall be no separate requirement on Plaintiff at this stage, prior to the review of any of the seized materials. … The Court’s Appointment Order did not contemplate that obligation,” Cannon wrote.

Her order also extended the timeline to review the documents Trump took from the White House to stash at Mar-a-Lago from Nov. 30 until Dec. 16. The records, which belong to the public, are supposed to be held by the National Archives.

Dearie is supposed to be reviewing the several boxes of documents to determine if any may be protected by lawyer-client or executive privilege.

While Dearie appeared to be speeding up the process, Cannon, who was appointed to the bench by Trump, is slowing it down, which will delay revealing any damning information until after the midterm elections.

In a blow to Trump, the U.S. Court of Appeals for the 11th Circuit ruled last week that the Justice Department can resume reviewing the seized classified records, blocking a portion of a stay issued earlier by Cannon. The appeals court also prohibited Dearie from vetting the documents marked classified.

After the ruling, Cannon, whose decision in Trump’s favor protecting the records seized at Mar-a-Lago has been criticized by several legal experts, amended her own order. It now states that material subject to a special master review no longer includes the “approximately one-hundred documents bearing classification markings.”