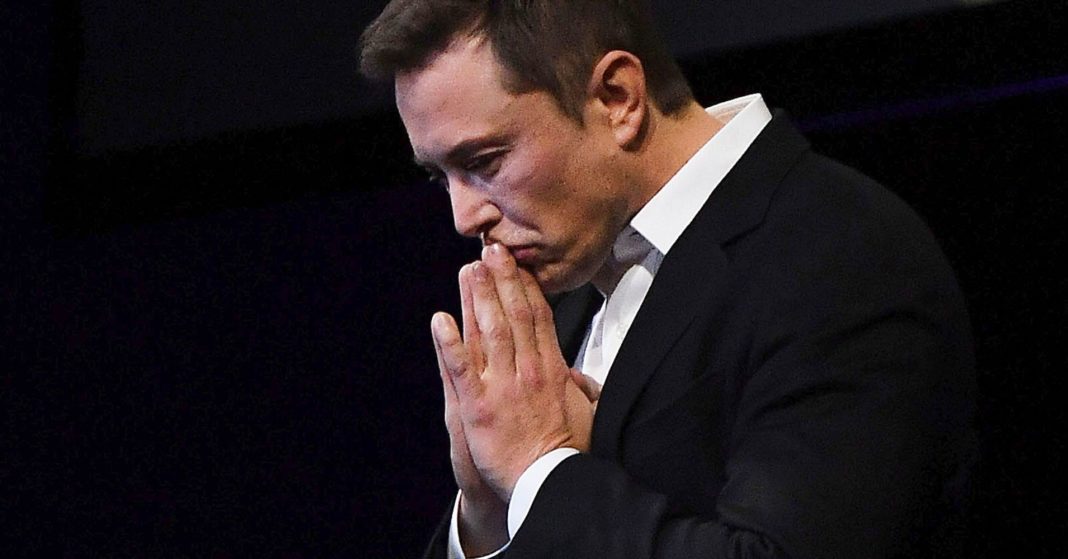 The firm slashed its December price target for Tesla shares back to $195 from $308, representing 36 percent downside to Friday’s close.

“We are reverting to valuing Tesla shares on the basis of fundamentals alone, which entails a $113 reduction in our price target back to the $195 level where it stood prior to our August 8 note,” analyst Ryan Brinkman said in a new analysis. He told clients the price target increase to $308 on that date had been based on a 50 percent probability that Musk had in fact secured funding to take Tesla private at $420 a share. Musk made that claim in a tweet on Aug. 7.

“Our interpretation of subsequent events leads us to believe that funding was not secured for a going private transaction, nor was there any formal proposal,” Brinkman said in his latest note.

He reiterated his underweight rating for the carmaker.

Before Aug. 8, Brinkman had one of the lowest price targets among analysts who cover the electric car maker, giving it an underweight rating and a price forecast of $200 or lower since 2015. That changed after Musk tweeted on Aug. 7: “Am considering taking Tesla private at $420. Funding secured.”

On Monday, Brinkman reverted his price target for Tesla shares back to $195.

The analyst cited Musk’s blog post on Aug. 13, which said the Saudi Arabian sovereign wealth fund was asking for “additional details” on how the company would be taken private.

“The revelation the Saudi fund is subsequently asking Tesla for details of how the company would be taken private suggests to us that any deal is potentially far from even being formally proposed, which is different from our understanding on August 8 which was based on Mr. Musk’s statement on Twitter,” Brinkman said. “Tesla does appear to be exploring a going private transaction, but we now believe that such a process appears much less developed than we had earlier presumed (more along the lines of high level intention), suggesting formal incorporation into our valuation analysis seems premature at this time.”

Tesla did not immediately respond to a request for comment.

The company’s stock is down 2 percent this year through Friday versus the S&P 500’s 7 percent return.