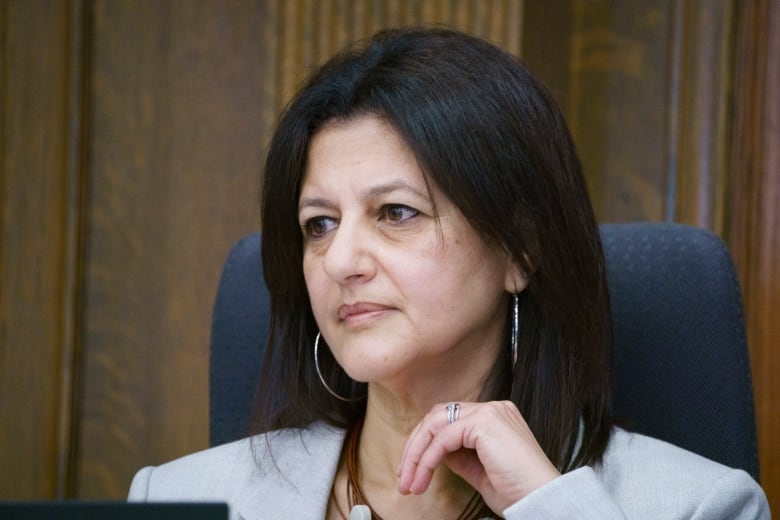 At the courtroom in Trois-Rivières, Que., family and friends of Joyce Echaquan have listened, at times in tears, at others in stunned silence, at a coroner’s inquiry trying to piece together the hours leading up to her death.

The coroner has so far heard from patients who said Echaquan was mistreated in the hours before the video was posted, staff who said the nursing candidate who treated her was not provided adequate support, and an expert witness who said her death could have been prevented.

Patrick Martin-Ménard, the Echaquan family’s lawyer, said Thursday outside the courthouse it’s clear “she was not properly monitored, because she did not receive the surveillance that she should have received at that time, and that is what led to her death.”

The inquest, which began May 13, is exploring not only her death but also how Indigenous people are treated within the Quebec health-care system generally. The remainder will focus on recommendations.

Constant Awashish, grand chief of the Atikamekw Nation, said Friday it appears clear Echaquan was treated differently because she was Indigenous and that changes are needed within the health system.

“We need a lot more education,” he said.

This week, other troubling cases have come to light.

A man from Kanesatake, a Mohawk community west of Montreal, filed a human rights complaint against another hospital, from which he was allegedly discharged wearing barely any clothes.

And in Saguenay, a health-care worker was suspended for aggression toward an Indigenous patient.

Edith Cloutier, executive director of the Val-d’Or Native Friendship Centre, a non-profit community organization, sees a positive in these cases, despite the stories being difficult to hear.

WATCH | Nurse who insulted Echaquan says she was overworked:

The nurse heard on a Facebook live video insulting Joyce Echaquan before she died told a coroner’s inquest she was overworked, stressed and apologized for what she said. 1:55

“Even in the context of a pandemic … people are standing up for their rights more and more,” she said.

“And we saw with Joyce, even on her deathbed, she was standing up for her rights in the way she did it.”

Mistreatment of Indigenous peoples within Quebec’s health-care system has been well-documented.

The Viens Commission, a 2019 provincial inquiry, found the health-care system is “problematic on many levels.”

“In light of the testimony from many citizen witnesses, it is clear that prejudice toward Indigenous peoples remains widespread in the interaction between caregivers and patients,” wrote retired justice Jacques Viens.

Clouier said the inquiry into Echaquan’s death is laying bare some of those same problems, “but through her life as an Indigenous woman.”

“What more can we say? There’s inquiries and inquiries.”

At a news conference on Friday, Quebec Health Minister Christian Dubé and Ian Lafrenière, the Indigenous affairs minister, didn’t want to comment on the specifics of the inquiry, saying it was ongoing. Dubé said that Echaquan’s death “has deeply shaken us all.”

But both ministers reiterated their commitment to improving the treatment of Indigenous people, and announced the province is spending $27 million to help Indigenous communities set up special clinics for medical and social services.

The province has also previously committed to diversity training in the wake of Echaquan’s death.

Of the new funding, $12 million will go to a clinic run through Cloutier’s Native Friendship Centre in Val-d’Or.

The Minowé clinic, which partners with the regional health board, has been offering front-line health services for a decade. It incorporates traditional values, medicine and culture when it treats patients.