Jose Mourinho: Manchester United ‘not as bad as people say’ 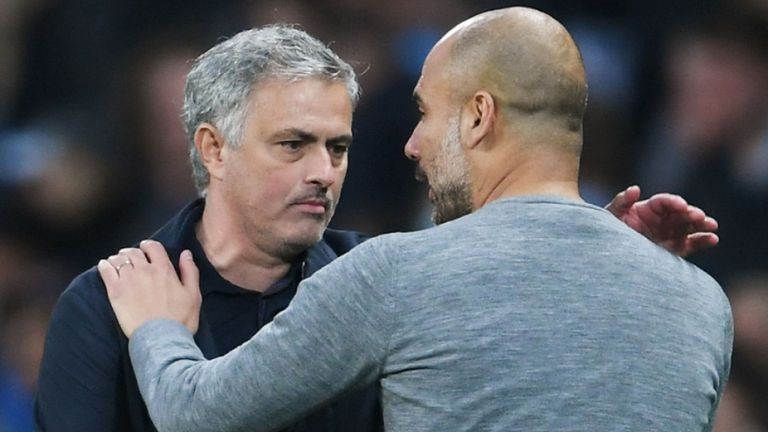 Jose Mourinho says Manchester United’s dramatic 3-2 win over Manchester City will make critics think twice when judging the character and quality of his side.

This was the first time a side managed by Pep Guardiola had conceded at least three goals in consecutive games in all competitions, and there was little sign of that happening at half-time.

Goals from Vincent Kompany and Ilkay Gundogan looked to have sealed the Premier League crown for City but their celebrations will have to wait, much to Mourinho’s delight.

The Portuguese said: “Of course they wanted to do it today, but they are going to win the title, just not today.

“They’ve won more points than the others but they gave no chance to the others. Hopefully City can beat Tottenham to win the title, as our challenge is to finish second, so I get the chance to congratulate City for their title.

“The team that people think we are, we’re not as bad as people say we are. What we will try to prove is that we’re the second best team in the country.”

Mourinho insisted that his primary objective was not to spoil his rival’s title celebrations but to record three important points towards securing a Champions League place for next season.

United are 15 points clear of fifth-placed Chelsea, albeit having played one game more, while they have established a four-point lead on Liverpool in the quest to finish second.

It was the ninth time in the Premier League era that United have won away from home having trailed by at least two goals – four more than any other side in the competition – and Mourinho revealed he was confident his players would show their fighting qualities after the interval.

He added: “We had more ball than normally a team has against Manchester City so it was a question of keeping confident and waiting for a goal.

“I gave them the example of many matches where teams are losing 2-0 and they recover. They kept their shape and it’s a very important result for us.

“We need six points in three matches at home and away to finish in the top four, and to finish second I think is very important as we are four points ahead of Liverpool.”