Jonathan McDaniel’s Back in Raven’s Home: Are There Still Sparks Between Raven and Devon? 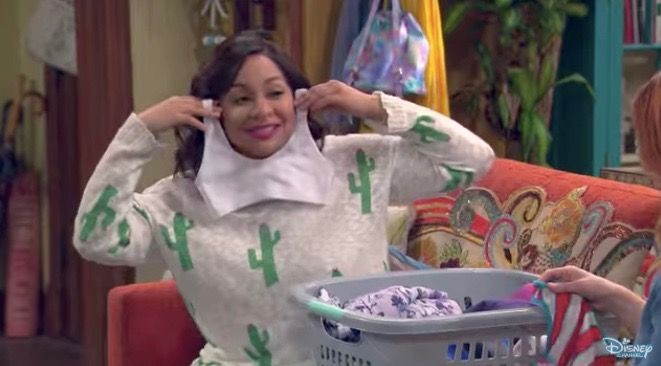 How about this for a flashback Friday? Raven’s Home is reuniting Raven Baxter (Raven-Symoné) and her old That’s So Raven beau, Devon Carter (Jonathan McDaniel) on the Friday, July 28 episode titled “Big Trouble In Little Apartment” and E! News has your exclusive first look.

In the clip above, viewers learn that yes, as E! News previously reported, Devon and Raven got married and had Nia (Navia Robinson) and Booker (Issac Ryan Brown), and then divorced. Devon’s in a bit of a pickle and needs Raven’s help…to make sure his tie is right for a big meeting.

These days Devon’s a TV weatherman and he’s ready to step into a new gig, with Raven’s help. After he does his shtick, the two gross out their kids.

“I don’t care if we’re divorced, that is hot,” Raven says in the exclusive preview.

Also in the episode, Nia starts to feel like the apartment isn’t big enough for everyone, unbeknownst to Raven. The young girl turns to her father for help.