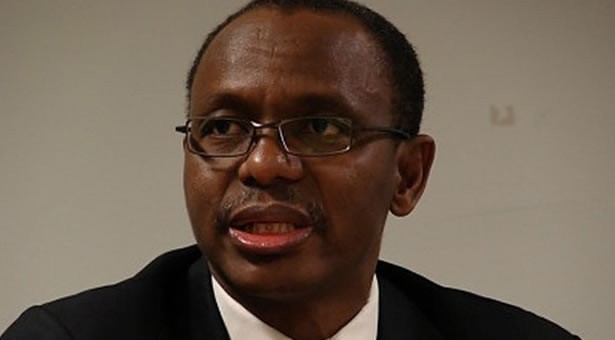 The Kaduna State Governor, Nasir el-Rufai, on Tuesday, reacted to former President Goodluck Jonathan’s comment that he lied over an issue relating to the Ecological Fund Report.

El-Rufai told the former President not to personalise the report and should wait for the presentation of the final report of the committee before responding.

It will be recalled that the Kaduna State governor headed the committee set up by the President Muhammadu Buhari administration to review how ecological fund was spent in 2013.

The former President had described the governor as a big liar, urging Nigerians never to take him seriously.

Jonathan stated this through his media aide, Ikechukwu Eze, while reacting to the disbursement of the ecological fund under his administration.

But on Tuesday, el-Rufai shot back at the former President, insisting that the interim report of the committee he headed detailed how the fund was disbursed to 17 states where each received N2bn direct support from the fund in 2013.

El-Rufai noted that there was no denying the fact that 19 other states and the Federal Capital Territory did not receive direct support, adding that ‘any perusal of this list shows clearly which party controlled them as of 2013’.

According to him, 15 of the 17 recipient states had governors from the Peoples Democratic Party while the governors of Ondo and Anambra were from PDP-allied parties.

He added that he merely called the attention of the National Economic Council and the public to the skewed way Jonathan allocated the ecological fund, insisting that as the head of the committee he had the right to do so.

He added, “Former President Goodluck Jonathan has responded to this disclosure by launching a personal attack on Mallam Nasir el-Rufai. He did not make a distinction between a committee of the National Economic Council and the person chairing it. While this is unfortunate and calculated at drawing headlines, Dr Jonathan strained to explain away this strange pattern of fund allocation. But the facts are not deniable. They are in official records and cannot be erased by slinging mud at people.

“Former President Goodluck Jonathan is not a man that can take responsibility for anything. In March 2015, not long after making a concession call to President Buhari, he summoned his party and asked its leadership to reject the results of an election, whose winner he had congratulated in private. That effort at duplicity failed spectacularly and the will of the people prevailed.

“So, no one should be surprised that he is denying presiding over the skewed distribution of ecological fund. His denial begs the question. What special circumstances ensured that only states that were controlled by the PDP and its allied parties qualified for N2bn each? Is it not curious that not only were his allies the only ones who got the funds, but that the various ecological problems in all 17 states required the same N2bn across the states?

“The Almighty God makes it possible for the sun to shine on all. But Dr Jonathan exercised his powers as president as if he governed for only his party or his family.”