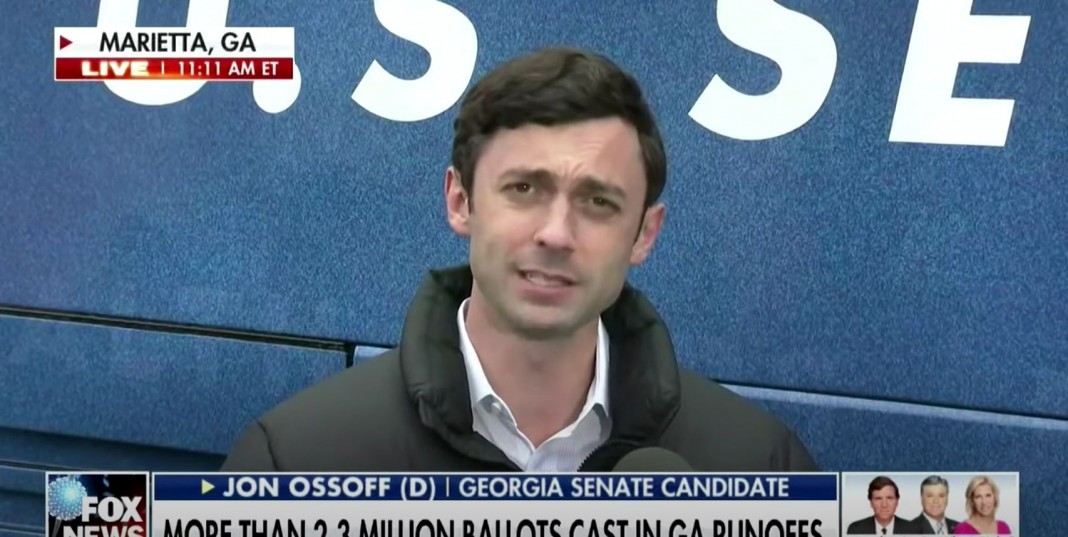 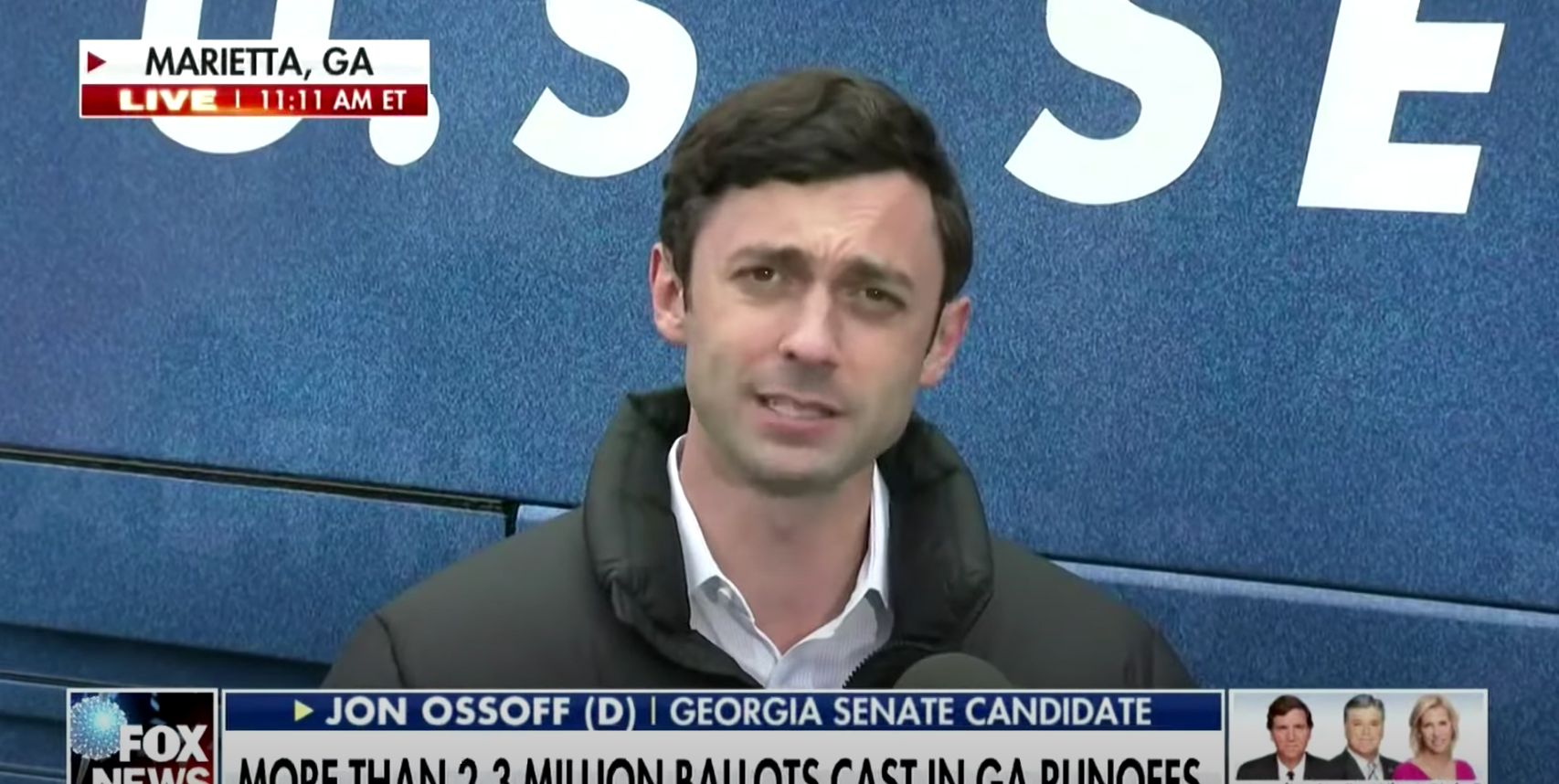 Jon Ossoff, one of two Democratic Senate candidates in Georgia, took charge of a live interview with a Fox News reporter Wednesday to take down the state’s Republican Sens. David Perdue and Kelly Loeffler seeking to keep their seats in elections next Tuesday.

As Ossoff was speaking to reporters on the campaign trail in Marietta, Georgia, Fox News correspondent Peter Doocy cut in for some questions. He told the former congressional staffer he was broadcasting live and asked him what “relevant experience” he had to deliver on his campaign promises.

Ossoff pointed to his background as an investigative journalist, “fighting injustice, exposing war crimes and corruption,” before segueing to torch his opponent, Perdue, as well as Loeffler, who is running against Rev. Raphael Warnock (D) in Georgia’s other Senate runoff election. The outcomes will determine control of the Senate.

“Right now, we have a crisis of corruption in American politics,” Ossoff said. “And since we’re live on Fox, let me take this opportunity to address the Fox audience directly.

“We have two United States senators in Georgia who have blatantly used their offices to enrich themselves. This is beyond partisanship.”

Loeffler and Perdue, two of the wealthiest Congress members, have come under scrutiny this year over their well-timed stock trading activities early this year that occurred shortly after Congress was briefed on what was then the early stages of the coronavirus pandemic.

Ossoff then made a campaign pitch and asked for contributions from viewers of the network that patterns most of its programming to conservatives.

Doocy also asked Ossoff about abuse allegations that Loeffler has leveled against Warnock involving a children’s camp he used to oversee.

Ossoff said he had no concerns “whatsoever” it would impact the Democratic ticket and turned the tables again.

Warnock “addressed this issue a year ago, and here’s the bottom line: Kelly Loeffler has been campaigning with a klansman,” he said.

Loeffler posed a photo with former KKK leader Chester Doles earlier this month and has been pictured with numerous other white supremacists and far-right extremists. She is a vocal opponent of the Black Lives Matter movement.

“So she’s stooping to these vicious personal attacks to distract from the fact that she has been campaigning with a former member of the Ku Klux Klan,” Ossoff added.

“We deserve better than that here in Georgia,” Ossoff concluded. ”And I want to encourage everybody to make a plan to vote on Tuesday.”

As of Wednesday. More than 2.5 million ballots had been cast, either at early-voting locations or through absentee voting. In the November general election, about 5 million votes were cast.

Under Georgia law, the runoff elections were required because no candidate topped 50% of the vote. Perdue led his race with 49.7% of the vote to Ossoff’s 47.9%. Loeffler came in second in her race with 25.9% behind Warnock, who secured 32.9%.