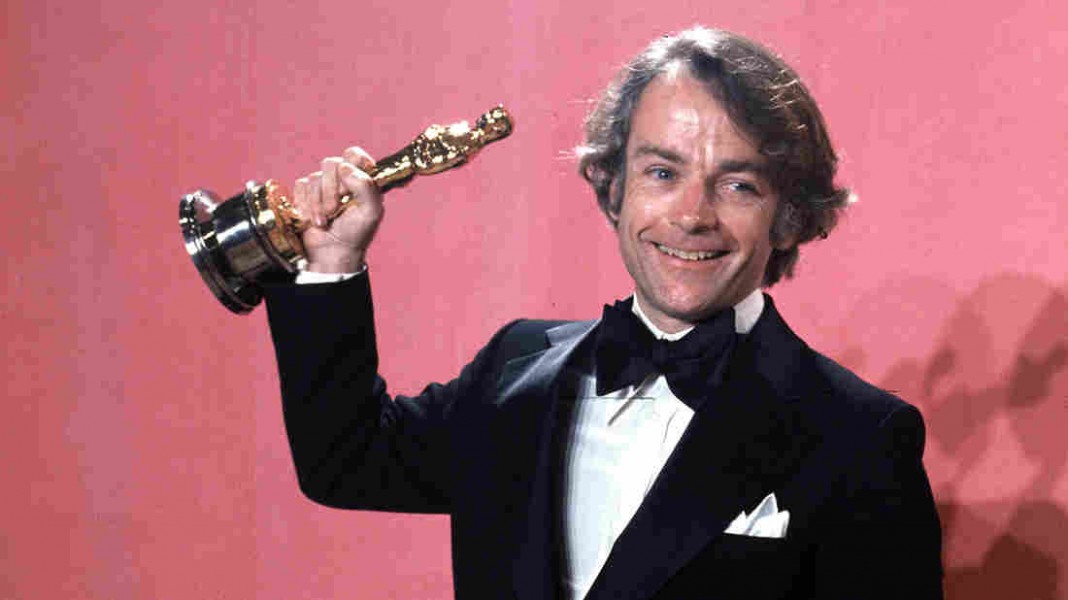 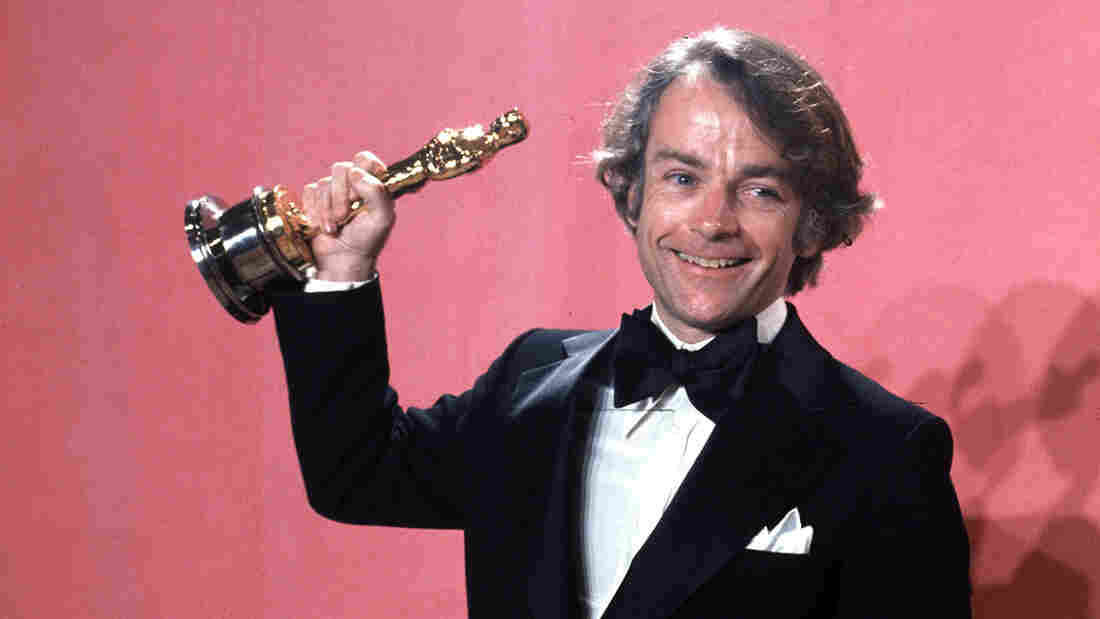 John Avildsen shows off the best director Oscar he won in 1977 for Rocky. Avildsen, who also directed The Karate Kid, died Friday from pancreatic cancer at the age of 81 in Los Angeles. Pendergrass/AP hide caption

John Avildsen shows off the best director Oscar he won in 1977 for Rocky. Avildsen, who also directed The Karate Kid, died Friday from pancreatic cancer at the age of 81 in Los Angeles.

John Avildsen, the man behind the camera for a string of beloved blockbusters in the 1970s and ’80s, died Friday at the age of 81. The Oscar-winning director of Rocky and The Karate Kid died of pancreatic cancer in LA, his son Anthony told the Los Angeles Times.

“His iconic Rocky … has been lionized throughout our culture as the quintessential underdog story — a recurring theme in his notable body of work which included Save the Tiger and The Karate Kid franchise,” Paris Barclay, president of the Directors Guild of America, said in a statement Friday.

“Throughout the decades,” Barclay continued, “his rousing portrayals of victory, courage and emotion captured the hearts of generations of Americans.”

Sylvester Stallone — who starred in Rocky, the film that earned Avildsen his best directing Oscar and won best picture in 1977 — also posted a tribute to the director behind his iconic role: “I’m sure you will soon be directing Hits in Heaven.”

He went on to have a string of big-screen successes in the decade to come, both at the box office and on the awards stage. He directed the first three films in The Karate Kid franchise, which opened with the first film in 1984.

Mr. Miyagi, the mentor character to the bullied title figure of that film, “was the ideal surrogate father that everybody wished they had,” Avildsen told The Baltimore Sun last year. “He was wise, he was generous, he was funny. He was a fairy godmother. And [actor] Pat Morita brought him to life, he was ideal. Who could be better?”

But for Ralph Macchio, the actor who played Miyagi’s mentee, lauded Avildsen as the true inspirational force behind the fiction. “He brought inspirational stories to us all and had a guiding hand in changing my life,” Macchio tweeted.

RIP to my friend and KK director John G Avildsen. He brought inspirational stories to us all and had a guiding hand in changing my life. pic.twitter.com/TRobJn3pq2

Avildsen wasn’t simply a weaver of fictions. In 1983, he also earned an Oscar nomination for his short-subject documentary Traveling Hopefully, a profile of Roger Baldwin, co-founder of the ACLU.