Jenny Slate Steps Out With a New Man at Sundance: Pics! 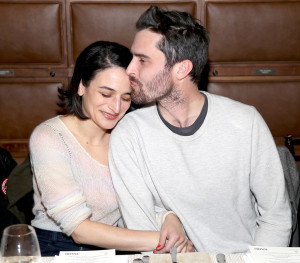 Cute couple! Jenny Slate debuted more than her new film, The Sunlit Night, at the Sundance Film Festival — she also had a new man by her side.

The Critics Choice Award winner was getting “very cozy” with Ben Shattuck, who had his arms around her at the the Roku Living Room presented by Autograph Collection Hotels at the Vulture Spot in Park City, Utah, on Sunday, January 27, a source tells Us Weekly.

“They seemed cute together,” the source shared. 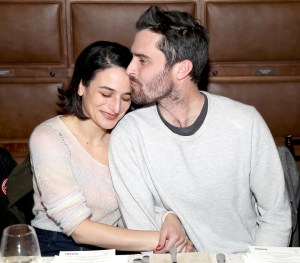 The twosome also snuggled up at a private dinner for her film at St. Regis Deer Crest Resort on Sunday, with the Dedee Shattuck Gallery curator kissing his lady’s head as she smiled.

The Brain on Fire actress, 36, split from Chris Evans for the second time in March 2018 after nearly two years of on and off dating. The Captain America: Civil War star confirmed the news to The New York Times, saying, “The hardest thing to reconcile is that just because you have good intentions, doesn’t mean it’s your time to have a voice.”

The pair, who fell for each other while filming the 2017 flick Gifted first called it quits in February 2017 after less than a year.

“We threw down pretty hard. No regrets, though. Ever,” Slate told Vulture at the time. “To be quite honest, I didn’t think I was his type. Eventually, when it was like, ‘Oh, you have these feelings for me?’ I was looking around like, ‘Is this a prank?’ I mean, I understand why I think I’m beautiful, but if you’ve had a certain lifestyle and I’m a very, very different type of person — I don’t want to be an experiment.”

With reporting by Carly Sloane