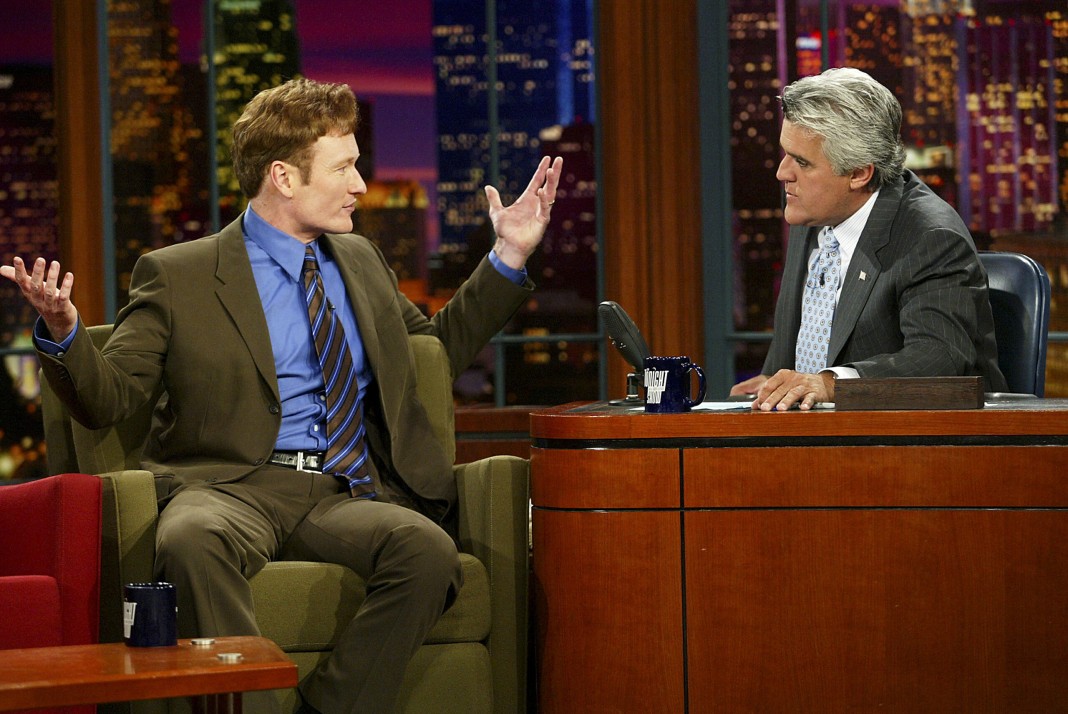 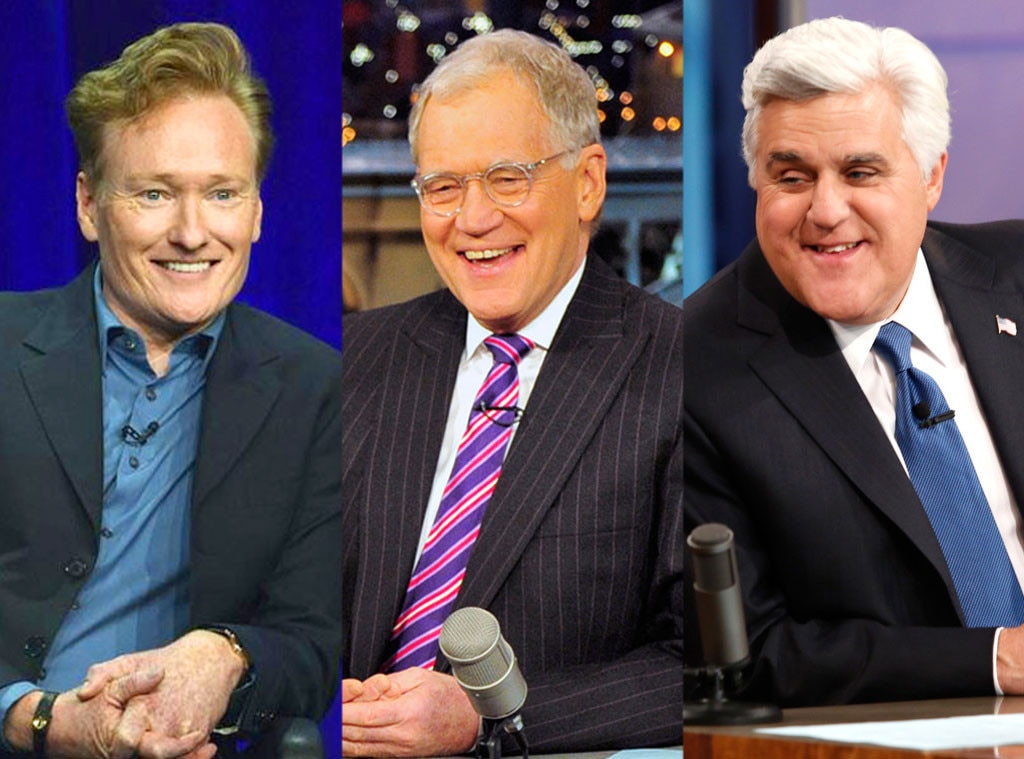 As we’ve learned from the kings of late-night, hosting a show comes with a side dish of drama.

Such was famously the case for Jay Leno and his colleagues, David Letterman and Conan O’Brien. As we know from television history, Leno first faced drama with Letterman when Johnny Carson retired from the helm of The Tonight Show in 1992. While many—including Carson himself—expected then-Late Night host Letterman to replace him, as the infamous story goes, the gig ultimately went to his fellow comedian.

Meanwhile, Letterman settled into his new role as Late Show host, a position that would allow him to directly compete with Leno at the same time at rival network, CBS. The sequence of events was not lost on Leno.

“Johnny was always very nice to me, but I think it’s fairly well known that Johnny wanted Dave,” he recently told The Hollywood Reporter. “But Dave had a tough relationship with the network.”

“Of course, somehow I got this moniker of being this horrible person,” he added. Leno and Letterman continued to be competitors until their coinciding retirements in 2014 and 2015 respectively. Still, Letterman was notably not there to bid Leno farewell on his final broadcast.

“I asked David first,” Leno recalled to The Hollywood Reporter. “You know, David is odd — he’s just awkward. I just think it would have been really awkward for him. ‘Just something on tape? Leno who? Anything?’ He said, ‘Nah, I’m just not comfortable. That’s your night. I don’t wanna do it.’ We may have talked over the phone. But he just was not comfortable with it. You know, anybody that knows Dave knows he’s quirky, if not—To me, it was always quirkiness; it was never meanness.” 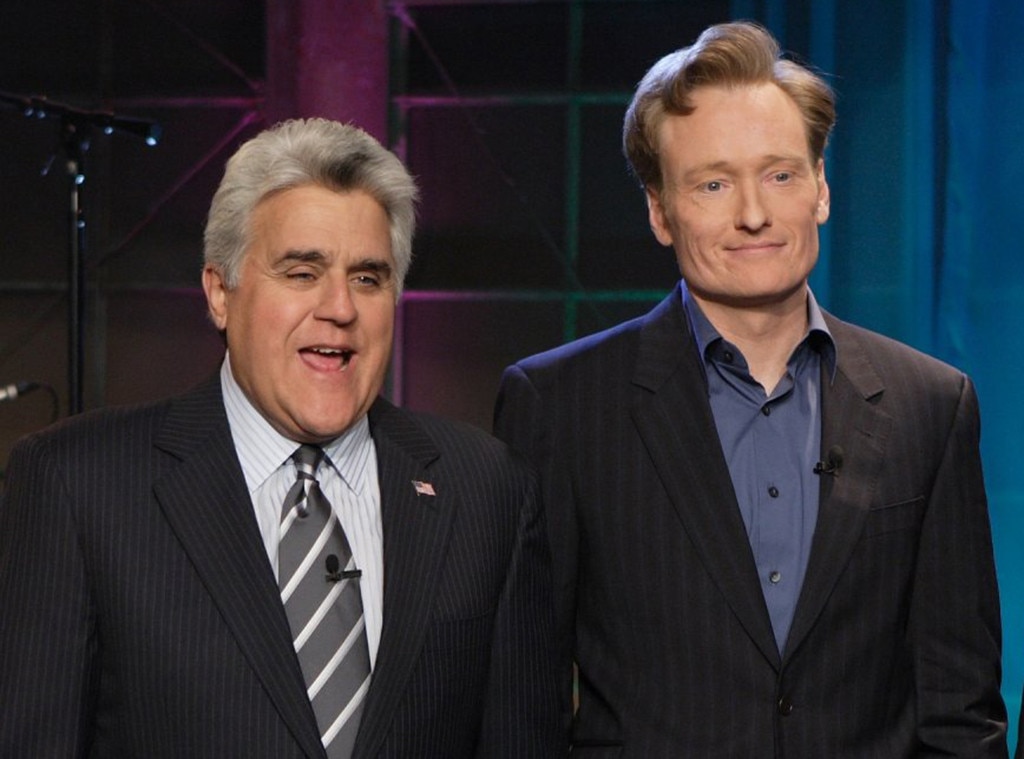 When Letterman’s team returned the favor with an equivalent invitation, they were in the same shoes once again. “I said, ‘Well, I kinda feel like Dave. You know, Dave didn’t do mine and it worked out fine, so, I mean, I think it looks like I’m trying too hard,'” he said.

With him and Letterman in their new roles, Leno once again faced an uncomfortable situation when he learned that Conan O’Brien would be replacing him as host of The Tonight Show in 2009. In an effort to keep him on board, they offered him The Jay Leno Show, which aired before Tonight. However, both shows suffered poor ratings. NBC executives presented an alternate plan to move both shows later into the night, which O’Brien would not agree to. NBC ultimately settled with O’Brien and reinstated Leno as host of The Tonight Show.

“I sort of smile when I read about how I ‘conspired’—you know, ‘Jay Leno demanded the show back and they had to give it to him because they had to pay him $150 million.’ No, they didn’t have to give me $150 million. I mean, if I’m that smart, how did I lose the show in the first place?” Leno told the magazine. However, real life serves as his silver lining.

“When we came back on, we were number one again, just like that, and we stayed number one until we left and I handed it over to Jimmy.”