Japan Stuck in Inflation Doldrums With Core CPI at 0.5% 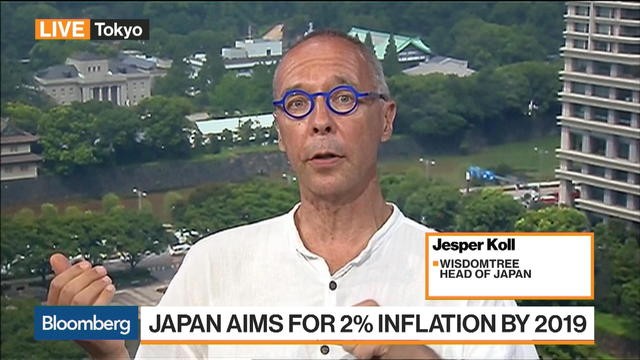 Japan’s key measure of price changes rose ever so slightly in July, lagging well behind gains in economic growth as the central bank struggles to spur significant improvement in inflation.

Price increases are still well below the Bank of Japan’s 2 percent target, even as the economy expands. The BOJ was forced to push back the projected timing of meeting the objective for the sixth time at its July policy meeting, despite years of extraordinary monetary easing. Inflation minus fresh food and energy has been mostly flat. All this means that the BOJ is likely to continue with its stimulus while its counterparts in the U.S. and Europe look to wind back their programs.

Bloomberg Intelligence economist Yuki Masujima writes in his analysis that the data provide mildly positive signals for the reflation outlook, with the August figures for Tokyo pointing to some acceleration in price increases nationwide.

“The underlying forces for reflation have strengthened, as speeding 2Q growth pushed the output gap further into positive territory,” writes Masujima. “A pickup in core CPI toward 1 percent in September looks more likely, assuming stable oil prices and a moderate depreciation in the yen.” Inflation is likely to slow closer to the end of the year, he adds.

— With assistance by Yoshiaki Nohara, and Keiko Ujikane