James Woods isn’t backing down, but neither is the mother of the child he aimed a controversial tweet at.

After Neil Patrick Harris went to bat for a “gender creative” 10-year-old boy and his family celebrating at a recent Orange County Pride Parade, both Woods and mom Lori Duron have spoken out in defense of their free speech.

The outspoken actor initially tweeted alongside a photo of CJ Duron and his parents, “This is sweet. Wait until this poor kid grows up, realizes what you’ve done, and stuffs both of you dismembered into a freezer in the garage.”

In an interview with People published Wednesday, the Duron matriarch expressed her disgust over Woods’ point of view. “The fact that it was so detailed, it’s really gross to me anytime that adults talk about children that way,” she shared. “And the visual image that he evoked was troubling.”

This is sweet. Wait until this poor kid grows up, realizes what you’ve done, and stuffs both of you dismembered into a freezer in the garage pic.twitter.com/1k3ITApFsF

“We’ve spent seven years sharing our journey to the public,” she added, referencing her Raising My Rainbow blog. “We were on his radar, but he wasn’t on ours. It was shocking. I feel like adults should know better.”

Meanwhile, 70-year-old Woods continued defending his stance in a series of tweets. “Using one’s child as a social justice propaganda doll is tantamount to child abuse. This is not about homophobia. Nice try though,” he began.

“For the record I have supported human rights of all stripes and persuasions, colors, creeds, choices and preferences my entire life. Period… Some children can be ruthlessly cruel to children who are simply different in any way. I humbly suggest making your child a target is unwise,” he recommended. 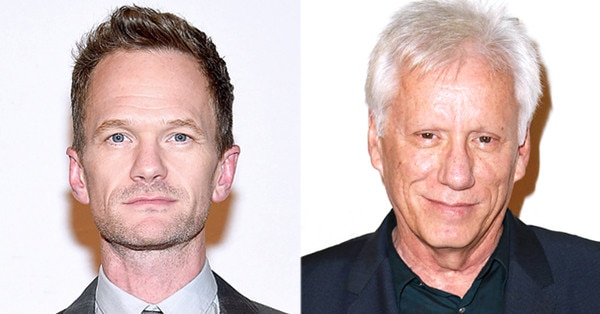 Woods then recalled his own experience with minority groups, adding, “I spent my entire adult life in the New York theatre scene, kids. I have more gay friends than Liberace. So let’s stop the homophobia train… I’m old enough to remember the agony friends suffered for being different. Being wrongly accused of anything is vile.”

He ultimately concluded, “And of course the final word on all of this is that I frankly don’t give a s–t what anybody thinks about me.”

CJ’s mom called his comment “hugely misinformed,” telling the mag, “LGBTQ youth don’t hurt their parents, they hurt themselves. We’re trying to raise our son in way that he doesn’t fall into those behaviors. His tweet was so uninformed. LGBTQ youth do not kill other people, they kill themselves.”

She also reflected on her son’s experience at the Pride festival. “People were telling him to never stop being who he was,” Lori shared. “He was getting so much positive feedback. He loved it, he made us promise that we’ll take him again next year.”