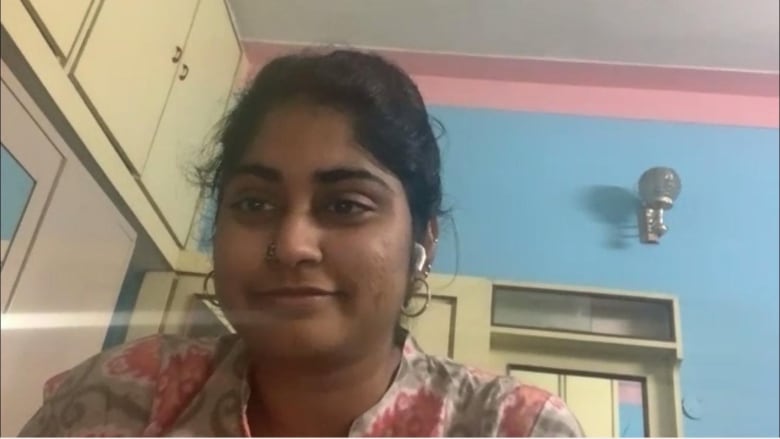 As grief mounts during the pandemic, for those separated by geography, the struggle to bring home loved ones who have passed away abroad can be emotionally taxing and complicated.

That’s been the experience of the family of University of Windsor graduate Renu Surya Pratap Murikipudi — they’ve run into one complication while working to have his body transported from Ontario to India.

Murikipudi, 29, was found dead by friends in his Windsor home after his parents couldn’t reach him by phone for two days.

The family is devastated. It has been such a shock to each and every one of us because he was such a happy-go-lucky guy.​​​​​– Kavya Murikipudi, cousin of Renu Surya Pratap Murikipudi

While a full autopsy is underway, a preliminary report indicates he suffered cardiac arrest on March 30.

“The family is devastated,” Kavya said. “It has been such a shock to each and every one of us because he was such a happy-go-lucky guy.”

During the pandemic, Murikipudi’s university friends turned to the Toronto-based community group Telugu Alliances of Canada (TACA) for help in repatriating Murikipudi’s body back to his family in the Indian city of Hyderabad.

The group has also raised over $41,000 for repatriation and funeral costs, and intends to donate any extra funds to Renu’s financially strapped family.

TACA’s founder, Chari Samanthapudi, said the group has been working with a funeral home in Kitchener, Ont., but the repatriation process has been slow, complicated by factors including the pandemic, the long Easter weekend, and delays caused by difficulty in co-ordinating the remote work of different departments.

If paperwork is in order, repatriation to India can be done in as little as four days. But the pandemic has exacerbated wait times for flights and the process of doing all the required paperwork, said Harminder Hansi, funeral director of Kitchener Funeral Homes and Crematorium, where Murikipudi’s body currently rests.

Hansi has all the paperwork that’s needed and has submitted it to the airline office in India that’s handling the repatriation. The office will need to process and clear the paperwork before Hansi can take Murikipudi’s body to Toronto’s Pearson International Airport.

Barring any issues with the paperwork, the funeral home plans to send Murikipudi’s body, as well as the body of another international student in the Telugu community who died in Toronto, on a plane to India on Saturday.

Hansi said the limited flights, however, have made the process more difficult.

“We have an issue with the airlines, because now the airlines are not flying. So they [the Murikipudi family] are living in South [India] and the flights are only going from Toronto to New Delhi.”

Even if the plane lands in India, other challenges include whether there are domestic flights to get the bodies to their destinations, and if the planes are big enough to hold the bodies. There’s also the possible issue of getting connecting flights in a timely fashion, so bodies don’t start decomposing if they’re not kept in cold-enough temperatures.

As it is, Because of the timing of connecting flights, Murikipudi’s body likely won’t reach the family until April 12.

Support by the Indian government

CBC News asked the Consulate General of India about the impact of the pandemic on the repatriation of deceased loved ones.

In a statement, the consulate said, “The whole process usually takes around 10-14 days due to involvement of multiple Canadian authorities [the police, coroners’ office, the authority issuing death certificate, clearance from the airport authority, etc.].”

The consulate also said the pandemic impacted repatriation efforts last year when flights were discontinued. However, with the resumption of flights under their special repatriation program Vande Bharat Mission, the situation gradually returned to normal.

“Further, in the suitable/deserving cases, financial assistance from the government funds is also provided by [the] government of India to the family for transportation of mortal remains.”

For some who practise Hinduism, cremation is part of the funeral process, to allow the spirit to depart from the body in spiritual liberation.

Hansi said Murikipudi’s body will reach his family in the evening, which would further delay the family’s ability to lay their son to rest.

“In our Hindu mythology, we cannot cremate after sunset — so his family will experience high emotions for the entire night until the sunrise the next day…. So basically his cremation will be happening on the 13th.”

Kavya Murikipudi has been helping with funeral arrangements in India. She said her cousin was a pillar of support for his family and pursued an education in Canada to find a job that would provide for his younger sister and parents back home in India.

However, after completing a master’s degree in engineering in 2019, Renu Surya Pratap Murikipudi struggled to find a position in his field, and during the pandemic had worked in another temporary job.

Leading up to his death, his cousin said, he faced stresses related to family obligations, such as loans for his sister’s wedding and the tension of finding a suitable job after graduation.

But Kavya said all the family can do now is say their final farewells.

“It would just give us closure that we all need right now … just to see him for one last time and pray that he is in a happy place right now.”