‘It matters to families’: Canada does not keep track of probable cases of COVID-19 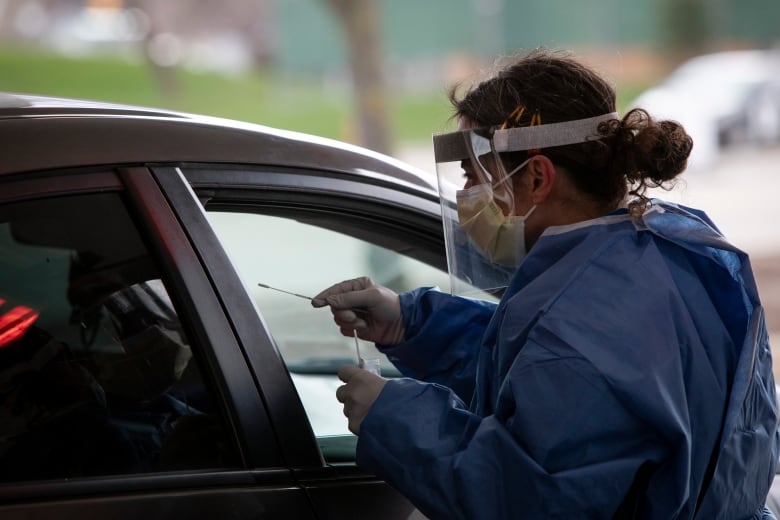 This is an excerpt from Second Opinion, a weekly roundup of eclectic and under-the-radar health and medical science news emailed to subscribers every Saturday morning. If you haven’t subscribed yet, you can do that by clicking here.

When Vicente Perez was admitted to a Toronto hospital for suspected COVID-19 on May 2, the first question he asked his family was about Florencia, his wife of 70 years.

“Where is she? I don’t know how to call her,” his granddaughter, Cindy Perez, remembers him saying over the phone. “She doesn’t know where I am.”

His family didn’t have the heart to tell him that she had died just hours before.

Florencia and Vicente lived at home in Toronto with their adult son, who had fallen ill just two weeks earlier from what their family doctor thought was a sinus infection.

The couple in their 80s took care of their son, who had not been instructed to self-quarantine, bringing him food and tea as his condition failed to improve.

But when Florencia came down with a sore throat on April 28, they worried it could be COVID-19.

Her symptoms quickly worsened, and four days later she died in bed next to Vicente.

“It all happened just very quick,” Cindy said. “It went from nothing to all of a sudden symptoms, and she died that Saturday morning.”

Vicente was extremely disoriented when paramedics arrived, and they quickly determined his oxygen levels were low.

He was immediately taken to Humber River Hospital in Toronto, where he tested positive for COVID-19 that night.

“They admitted him into the hospital that very day,” Cindy said. “And what was really, really sad is that because he was already very disoriented, he never knew that my grandma passed.”

Vicente had bone marrow cancer and Parkinson’s disease, and his condition worsened over the following weeks.

He died alone in hospital on May 21.

After seven decades together, Vicente and Florencia passed away just weeks apart.

The stark difference between their deaths is Vicente tested positive for COVID-19 before he died and so was included in Canada’s national case count. But Florencia wasn’t tested, so her death wasn’t reflected.

Canada does not record probable COVID-19 cases and deaths across the country despite international guidelines to do so, and experts say we may never know how many cases have been missed.

The World Health Organization released a set of guidelines in April calling on countries to track both confirmed and suspected cases of COVID-19 as a way to monitor the total impact of the disease worldwide.

“The WHO has issued very clear guidelines that you don’t need a test to be able to diagnose a COVID death,” said Dr. Prabhat Jha, professor of epidemiology at the Dalla Lana School of Public Health at the University of Toronto.

“The bad news is that Canada is too slow in reporting that second type of death.”

Unlike Canada, countries like New Zealand, Portugal and the U.K. have routinely released information on these probable cases throughout the pandemic.

A spokesperson for the U.K.’s Office for National Statistics told CBC News it records a doctor’s declaration of COVID-19 on a patient’s death certificate, even when a test isn’t available, and that the data could be useful for future research.

But most Canadian provinces haven’t publicly released data on these probable COVID-19 deaths and cases, even separately from the confirmed ones, instead focusing solely on people with positive test results.

A spokesperson for the Public Health Agency of Canada said in a statement to CBC that without a positive test for COVID-19, a probable case does not meet its national surveillance reporting criteria.

That means if someone dies of COVID-19 before testing positive, even when it’s marked as the cause of death on their death certificate, that case isn’t necessarily reflected anywhere in our national numbers.

And that’s exactly what happened to Florencia Perez.

Ultimately, it’s up to the provinces and territories to decide if they should report those numbers publicly — and at least one does.

British Columbia not only counts probable COVID-19 cases and deaths, but it conducts antibody and post-mortem testing to find those who may have been missed.

“This is something that we felt was important early on to try and get a good sense of the overall impact and who’s been impacted,” B.C.’s Provincial Health Officer Dr. Bonnie Henry said in an interview with CBC.

“That helps us understand deaths in the community that we might not have recognized.”

The BC Centre for Disease Control has made data on probable cases public, while the BC Coroners Service said it has so far identified five additional cases of COVID-19 from people who had been tested after their deaths.

Henry said because there is a lag in processing the death certificate data, it can take several months before those cases can be found.

“That’s our system, unfortunately,” she said. “It’s unfortunately one of those things that we can only look at retrospectively, but we do want to be able to determine the overall impact of COVID on the province.”

‘Each of those people who have been ill reflect the pain on their entire family, their community,’ says B.C.’s provincial health officer. 1:33

Henry said identifying these missing cases may take more time, but it’s important to provide families who have lost loved ones to COVID-19 with an added layer of closure.

“The impact on our seniors and elders has been so profound — particularly people in long-term care,” she said.

“Finding that balance of trying to protect that community but also give people who are in the important final stages of their life the respect and the care that they need — that’s the most challenging part of this whole outbreak for sure.”

But in Quebec and Ontario, Canada’s two hardest-hit provinces, this type of surveillance isn’t being publicly recorded.

Both Public Health Ontario and the Quebec Ministry of Health and Social Services said in statements to CBC that the case numbers they release are based entirely on lab-confirmed tests.

Dr. Michael Gardam, an infectious disease specialist and chief of staff at Humber River Hospital, who is a veteran of the SARS and H1N1 outbreaks, said he doesn’t think that approach goes far enough.

“We clearly know there were more cases. This is an underestimate,” he said.

Gardam said the daily lab-confirmed case numbers should have a “big asterisk” beside them that indicates “we know there are more cases than that.”

Dr. Michael Warner, medical director of critical care at Michael Garron Hospital in Toronto, has personally diagnosed patients with probable COVID-19 despite negative test results or those that were unable to get tested before dying.

“Unfortunately, many cases I think have already been lost because it was at the beginning of the pandemic when we lost so many patients in long-term care homes, and it’s unclear whether we can go back,” he said.

“It matters to families because they want to know how or why their loved one passed away, and I think we owe it to them.”

Dr. Allison McGeer, an infectious diseases specialist at Toronto’s Mount Sinai Hospital who worked on the front lines of the SARS epidemic in 2003, said one reason the data isn’t recorded is because officials feel the numbers could be taken the wrong way.

“The one thing that public-health people don’t want to do is be seen to be inflating the number of cases,” she said.

“They tend to be conservative because it’s always tempting to accuse them afterwards of inflating numbers and making it look worse.”

Tracking these cases through death certificates is also more work for an already slow reporting system, especially in Ontario, which relies on outdated technology like fax machines and the manual reporting of cases.

In response to ongoing criticism, the province announced Thursday it would finally be overhauling its antiquated system of reporting diseases.

But while Ontario may soon be able to track confirmed cases faster, there appears to be no plan for the province or other parts of the country to release data on probable cases and deaths any time soon.

For Cindy Perez, that adds more pain to an already painful situation.

“The fact that she’s not accounted for in the numbers, it’s unfair because she did suffer from the disease,” Cindy said, referring to her grandmother.

“People should know that there have been so many people that have gone unaccounted for that have been victims to this.”

To read the entire Second Opinion newsletter every Saturday morning, subscribe below or by clicking here.