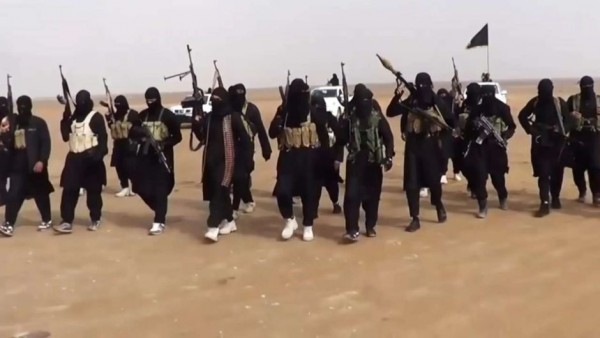 While national football teams around the world are celebrating their qualification for the Russia 2018 World Cup, terrorist group ISIS is sending threats.

The image shows 5-time world footballer of the year Lionel Messi behind bars and shedding tears of blood.

The image has the words “You are fighting a state that does not have failure in its dictionary.”

The image also has the words “Just Terrorism”, a likely play on sport brand Nike‘s “Just Do It” slogan. 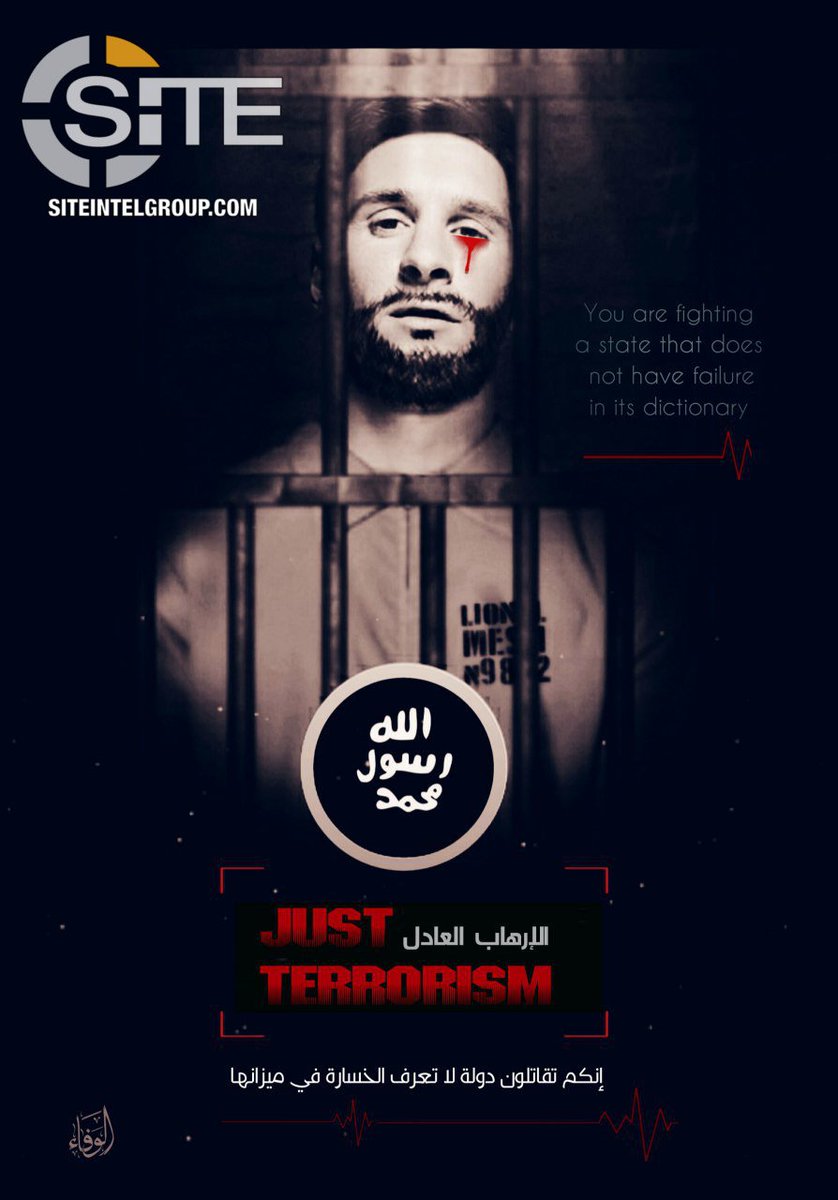 This is not the first time threats to World Cup have been made.

Images have been showing the world cup logo with different taglines, including “I swear that the mujahideen’s fire will burn you, just you wait.”

See the images below: 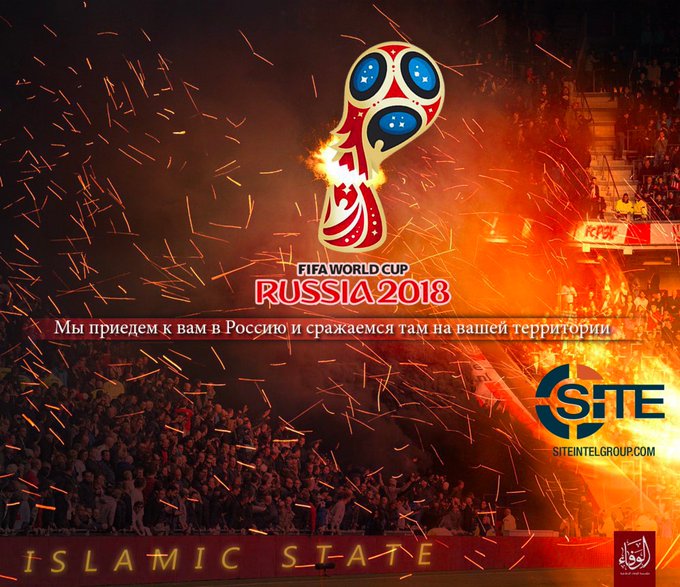 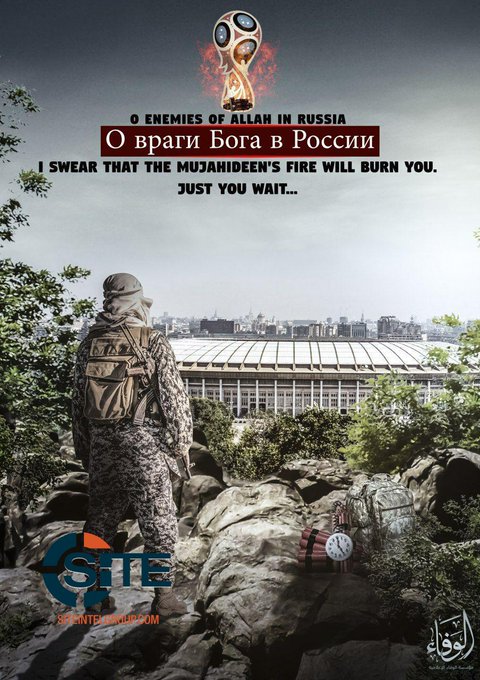 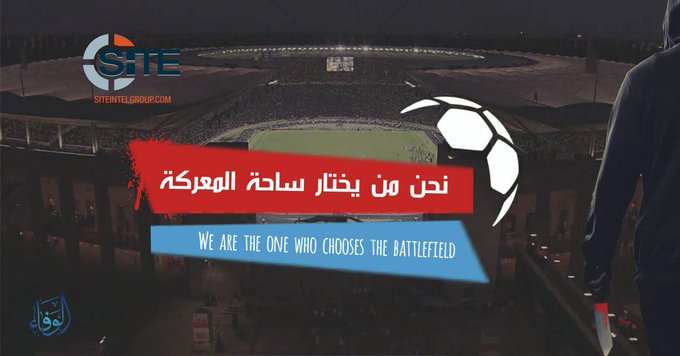 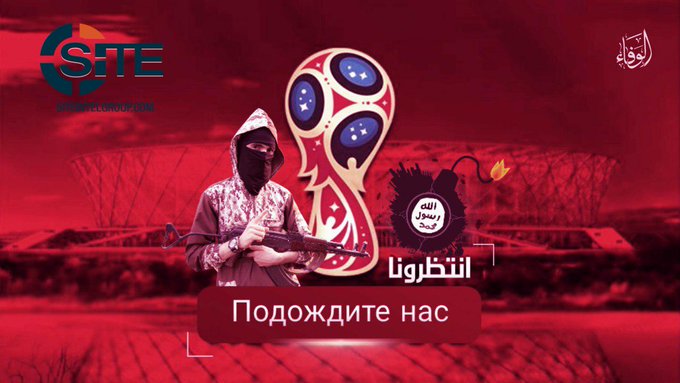