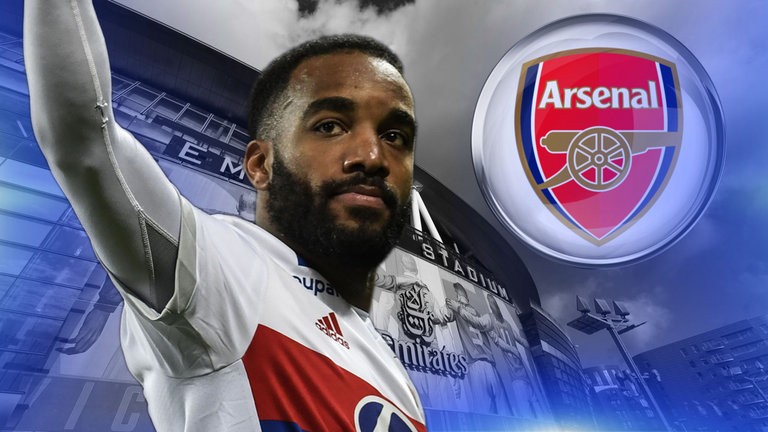 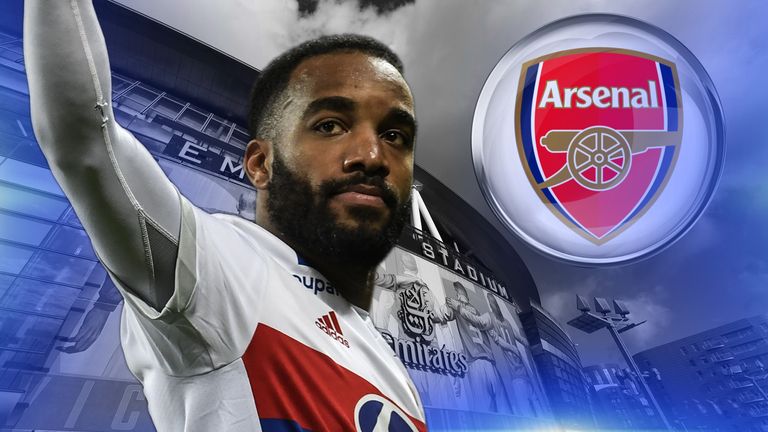 Could French forward Alexandre Lacazette fire Arsenal back up the table? Adam Bate examines the player’s pedigree and why he could improve Arsene Wenger’s team.

Finally, Alexandre Lacazette looks set to become an Arsenal player. After three summers of being linked with a move to the Emirates Stadium, it seems that the France international will be leaving Lyon for London after all. The question now is whether he is worth the wait.

On the face of it, there are legitimate concerns. While with wonderkid Kylian Mbappe there is the hope that comes with youth, the belief that he might prove a game-changing figure, Lacazette is a known quantity in comparison. Maybe even a little closer to an Olivier Giroud? 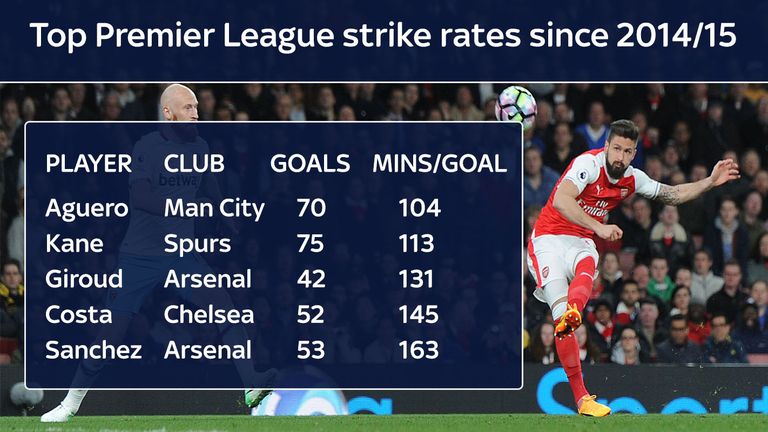 Too close for some. Those Arsenal supporters never quite sold on Giroud’s qualities will be unnerved by the fact that France manager Didier Deschamps has preferred him to Lacazette on numerous occasions for the national team. Arsenal need an upgrade not an alternate.

And how easy will that be? After all, Giroud’s minutes-per-goal record over the past three Premier League seasons ranks behind only Sergio Aguero and Harry Kane. That alone suggests the Gunners have bigger problems than what their centre-forward is (not) doing.

However, the hope is that Lacazette can not only match that impressive strike rate but bring much more to this Arsenal side as well. There is some reason to be optimistic. Lacazette’s goalscoring record certainly puts him among the very best in Europe. 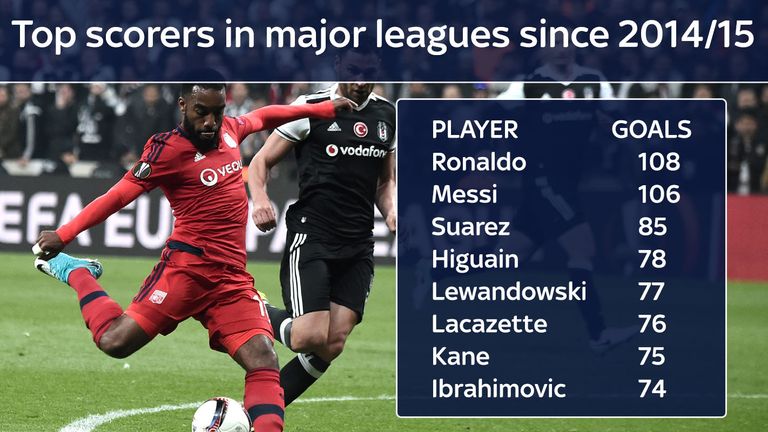 In fact, only Cristiano Ronaldo, Lionel Messi, Luis Suarez, Gonzalo Higuain and Robert Lewandowski have scored more goals in a major European league over the past three seasons. Lacazette is above Zlatan Ibrahimovic, Aguero, Kane and everyone else too.

The numbers are improving as well. He scored 28 league goals last term and 37 in all competitions – the best return of his career to date. He leaves Lyon as their top goalscorer of the past 30 years and the fourth highest in the club’s long history.

It would be a mistake to dismiss that record as anything but special. For instance, Lacazette is the first player since the great Ballon d’Or winning striker Jean-Pierre Papin to score 20 goals in Ligue 1 in three consecutive seasons. Not even Ibrahimovic managed to do that.

Arsenal close in on Lacazette

Perhaps most encouragingly for a forward hoping to adjust to life at Arsenal, there is more to Lacazette’s game than goals. This is no mere penalty-box poacher but a player whose development at Lyon has seen him take on a variety of roles over the years.

His pace is such that he is capable of running in behind, but having been used as a wide forward and a support striker in the past, notably in tandem with the former Swansea target-man Bafetimbi Gomis, he is willing to get involved in the build-up play too.

Speaking earlier this year, Lacazette suggested that his next team would “have to play good football, passing the ball, not just hitting it from box to box, not kick and rush” if they were to get the best from him. “That would not work for me,” he added.

This is the style of football that he will find at Arsenal. Clever through-balls as well as crosses. Packed defences to unlock as well as speedy counter-attacks to finish off. Arsenal have been waiting for a forward who can do it all. Lacazette must now be that man.

Former Arsenal midfielder Remi Garde is the man who made Lacazette a first-team regular at Lyon and he remains an admirer. “There are a lot of players who are confident on any football pitch,” said Garde, “but not many with as much talent as him.”

Arsenal legend Thierry Henry agrees. “What Lacazette is doing is extraordinary,” said the Sky Sports pundit earlier this summer. “He has become aware of his qualities and he is especially aware that he cannot be average.” Lacazette credits Henry’s role in his progress.

“Thierry Henry shook me and told me to keep pushing myself, something we tend to forget when we are young,” he said. “It made an impression, of course. When a player like Thierry Henry speaks to you, you pay attention. I realised being a great player is a full-time job.”

In that sense, the delay to Lacazette’s move could prove advantageous. At 26, there are slight concerns that his paciest days could be behind him. On the other hand, there are signs that this is a player who is mentally ready to make the key years of his career count.

At almost five years younger than Giroud and with a broader skill-set, Lacazette has the tools to take Arsenal forward. He is not Mbappe. This is not a signing that, taken on its own, heralds a brighter future. But perhaps the here and now will look more appealing to Arsenal fans with his arrival.