Is judiciary to blame for failed corruption cases? 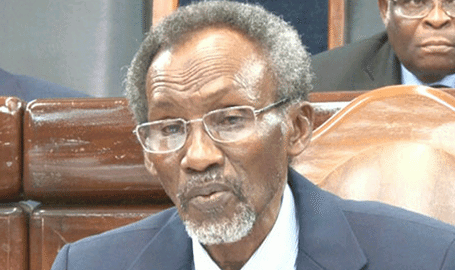 The judiciary is not to blame. The Federal Government may have a good intention, but the approach is bad. No good general fights on all fronts at the same time. You are fighting a cankerworm that is systemic and you are taking on all arms of government at the same time: the executive, the judiciary and the legislature all at once. The approach has to be fine-tuned. Some of the cases in court have to be reviewed or withdrawn where necessary.

Some of the charges in court are lousy and cannot be sustained because they are laughable.

In some, the prosecutors have no business being prosecutors. In fact, they are disasters. I wouldn’t know whether the Presidential Advisory Committee has access to the court proceedings when trials are going on. Only the lazy, ignorant commentators will blame the judiciary on this issue.

Those who know how the system works and appreciate the position of the law and our inquisitorial and adversary judicial system, know that morality has no place in judicial decisions, neither would your emotion matter. It is not how you and I feel, but what the law says. It is justice according to the law and not justice according to our whims and caprices.  We should create the necessary synergy among the three arms of government to fight the monster called corruption. The ruling party must key into same and the fight should not be for those who think what they do not know do not exist. The fight is too media-driven; it gives room for culprits to cover their tracks. Cases are not won on the pages of newspapers or in the newsroom.

Putting the blame at the doorstep of the judiciary will not solve the problem. Who will even apportion the blame?

We can use an example in the Scriptures. When a woman was accused of adultery by some people and Jesus said, ‘he who has no sin should cast the first stone,’ what happened? Those who had stones dropped them and ran away. That is the situation in Nigeria.

So, when you have a corrupt arm of government trying to prosecute the other arm of government because it is the executive arm, then there is a problem. We have a huge, systemic problem in the country and all we need to do to move forward is to look for a collective strategy to deal with the problem.

I don’t want to agree with the view that the judiciary is to blame for failed corruption cases in the country.

I can tell you that we have the best of brains in the country’s judiciary, and that is why some of them are made chief justices of other countries.

One thing I have noticed in this country is that we usually rush to court. Do the lawyers working for the Economic and Financial Crimes Commission have sufficient evidence before rushing to court? Though there may be one or two bad eggs in the judiciary, but the blame cannot be solely on the judiciary. What about investigation and the EFCC lawyers? It is only in Nigeria that people rush to court and later, they begin to search for evidence.

I think the judiciary should also share part of the blame. The EFCC also needs to do its job well. The anti-corruption agency should always carry out watertight investigations before charging suspects to court. This is because most of these high profile criminals cover their tracks before even engaging in the crime.

Sometimes, you don’t even arrest suspects until you are through with your investigations so that when you arrest them, you confine yourself to the provisions of the law by ensuring that you don’t keep them in custody for more than 24 hours before prosecuting them.

If a court cannot adjudicate over matters for the good of the society, it ceases to be a court, but a bakery of iniquity. James Ibori’s case is a veritable yardstick of measurement of our judiciary. Ibori was tried here several times, yet he was set free.

When there is an allegation, there ought to be a thorough investigation before arrest and arraignment in court. You don’t just hear that money is found in a place and you arrest the person without any concrete evidence. The cases are failing because the people who are prosecuting corruption cases are not careful and thorough.

The judiciary is not responsible for failed corruption trials. Before a criminal matter gets to court, it presupposes that there has been proper investigation and enough facts to establish the ingredients of the offence for which the individual is charged or is to be charged with.

The case in question also presupposes that apart from gathering or having enough materials with which to charge the accused in order to secure a conviction, there must be a good prosecution team.

In most of the failed corruption cases in our courts in recent times, we see the government first hurriedly arresting a suspect, subjecting him to media trial, then rushing to arraign the accused with bogus charges.

Because the charges are bogus, they can lay up to 50 or 150 charges and the accused will assemble a formidable and credible defence team, while the prosecution will be labouring to make the charges stick. Saddled with the bogus charges which they can hardly prove, the prosecution is left with a bad case. In that case, you cannot blame the judiciary when the case collapses.

In criminal trials, the courts act principally on materials or evidence placed before them. Of course the court is not a magician, neither is it a spirit or armed with the power of clairvoyance to descend to the arena of combat to fish for evidence in which to nail the accused. When one looks at the bogus charges, one wonders whether the prosecution was interested in securing a conviction of the accused in the first instance.

In that case, when the charges fail, you cannot blame the judiciary. This is not absolving the judiciary of blame, but in the tardiness of investigation, the prosecution is responsible for the failure of the corruption cases in recent times.