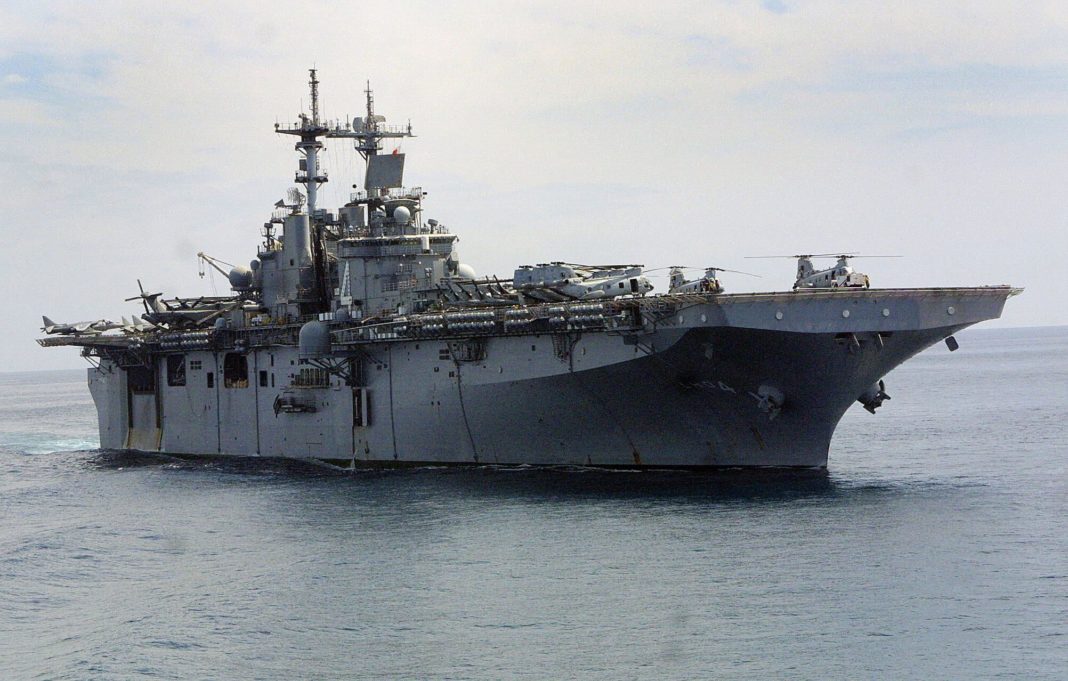 Iran rejected claims that one of its drones has been shot down by a U.S. warship in the Strait of Hormuz.

On Thursday, President Donald Trump said that USS Boxer, an amphibious assault ship, took down the drone after it came within 1,000 yards of the ship.

“The drone was immediately destroyed,” Trump said at a White House event, adding that the drone was “the latest of many provocative and hostile actions by Iran against vessels operating in international waters.”

However, Iran’s deputy foreign minister took to Twitter to deny that the drone belonged to Iran, even suggesting that it could have been a case of friendly fire.

Abbas Araghchi tweeted: “We have not lost any drone in the Strait of Hormuz nor anywhere else. I am worried that USS Boxer has shot down their own UAS (unmanned aerial system) by mistake!”

Iran’s semi-official Tasnim News Agency, quoted a top Iranian general who also said there were no missing drones or any reports of action by the USS Boxer.

“Contrary to the false claim rooted in Trump’s illusions, all Unmanned Aerial Vehicles (UAVs) of the Islamic Republic of Iran in the Persian Gulf and the Strait of Hormuz … have returned safely to their bases after completing their scheduled reconnaissance and patrol missions,” Brigadier General Abolfazl Shekarchi said in a statement on Friday.

Shekarchi reportedly added that Trump’s drone shooting claim was part of an effort to raise insecurity in the Persian Gulf.

In a further rebuttal, Iranian news agencies carried a statement from Iran’s Revolutionary Guards on Friday that claimed they will soon prove Trump is wrong.

“Soon, images captured by the Guards drones from the U.S. warship Boxer will be published to expose to world public opinion as lies and groundless the claim… of shooting down an Iranian drone over the Strait of Hormuz,” it read.

Tensions between the U.S. and Iran have escalated in recent weeks. Trump accused Tehran of being behind two attacks on oil tankers in the Persian Gulf region, which Iran denied. Then on June 20, an Iranian missile shot down an unmanned American drone over the Strait of Hormuz that it claimed was above its territory.

The channel between the borders of Iran and Oman accounts for approximately 30% of the world’s seaborne oil traffic.