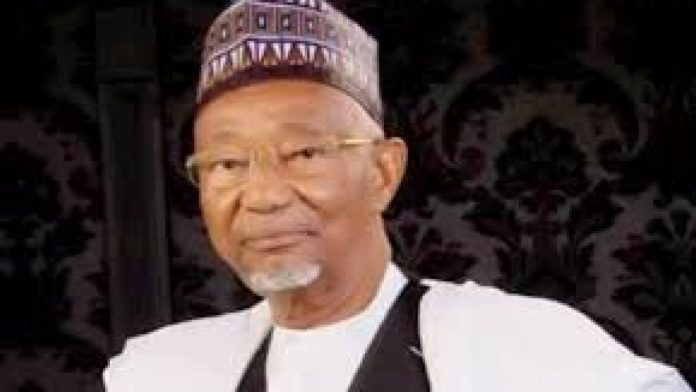 The Indigenous People of Biafra, IPOB, has called for the arrest of Bauchi Senator, Adamu Bulkachuwa over his alleged anti-Igbo comment.

IPOB said Bulkachuwa’s recent comment was a call for genocide against the Igbos residing in the Southeast.

The separatist group said the Senator should be arrested and prosecuted for calling for a genocide against the Igbos.

A statement by IPOB’s spokesman, Emma Powerful, accused the Senator of hate speech against the Igbos.

The separatist group described the comment by the lawmaker as reckless.

The statement reads partly: “The attention of the global movement and family of the Indigenous People of Biafra (IPOB) under the command and leadership of Mazi Nnamdi Kanu has been drawn to the hate speech by the Senate Committee Chairman on Foreign Affairs, Senator Adamu Bulkachuwa from Bauchi State, against the Igbo race and Biafrans in general.

“What else could be more inciting than such a reckless utterance by a supposed Senator of the Federal Republic of Nigeria, Bulkachuwa, to say that the South-East is home to criminals, rebels, and deserve to be eliminated?

“Bulkachuwa had the temerity to spew the following against the Igbo: ‘They’re just rebels, arsonists, and criminals in short. So, what are we going to consider to even give them a chance to come and say their wish and let Nigeria tremble and bow before them and say ‘okay, we’ve granted you your wish.’”

The separatist group urged the international community to hold Bulkachuwa responsible if genocide breaks out in the Southeast.

IPOB lamented that the Senator is walking freely because he was speaking the mind of the cabals allegedly holding Nigeria captive.

“Why should Bulkachuwa call for death of the Igbo race and is still walking around as if nothing happened?” IPOB queried.