Investors have shrugged off Trump drug price plan, but it could be early 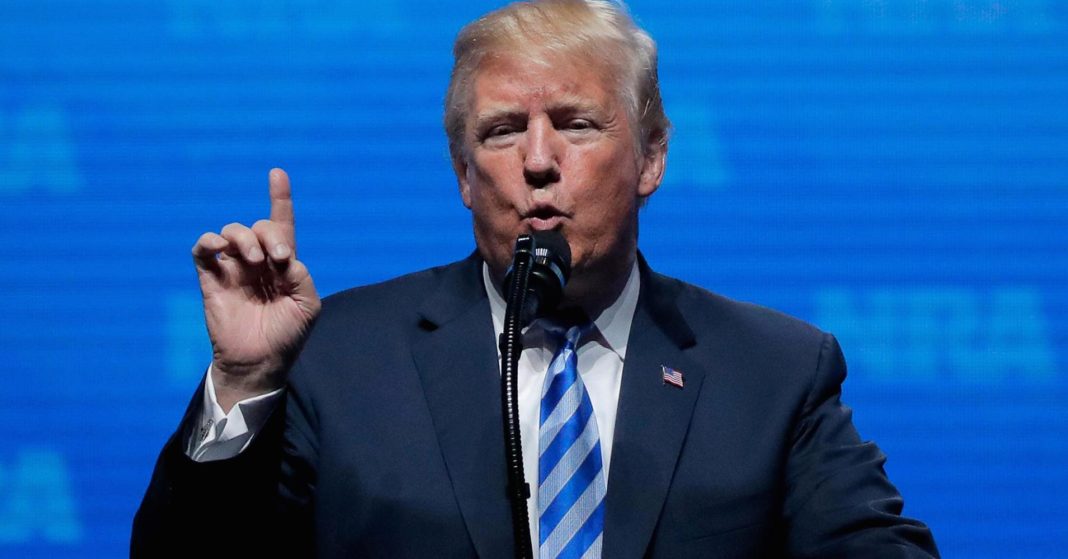 The biopharma and drug supply chain sectors outperformed the overall market last week, even as Trump administration health officials continued to beat the drum on the president’s blueprint to lower drug prices, with tough rhetoric for drugmakers and public shaming of pharmaceutical firms the U.S. Food and Drug Administration says have blocked competition.

“Drug companies have insisted we can have new cures or affordable prices, but not both,” said Alex Azar, Secretary of Health and Human Services, in a speech on Monday. “I’ve been a drug company executive — I know the tired talking points: the idea that if one penny disappears from pharma profit margins, American innovation will grind to a halt. I’m not interested in hearing those talking points anymore, and neither is the president.”

The HHS secretary outlined proposals that include merging Medicare Part B drugs –for which the government pays full list prices — into Part D, which is administered by private drug plans and pharmacy benefit managers that negotiate discounts. He also suggested that those same PBMs could come under new fiduciary rules, which would require them to negotiate the best prices and pass on discounts to consumers.

On Thursday, FDA commissioner Scott Gottlieb turned up the heat on drug companies by releasing a list of pharmaceutical firms it says are blocking the development of generic drugs by refusing to provide access to samples of their brand-name pharmaceuticals, that included Novartis, Gilead, Celgene, Biogen Idec and others.

Yet investors shrugged off the news. While the S&P 500 finished the week fractionally lower, the iShares Nasdaq Biotech ETF rose more than 1 percent for the week, while the SPDR S&P Biotech ETF gained more than 2 percent.

Shares of the major PBM firms, which had come under pressure ahead of the administration’s May 11 announcement, all outperformed the market in the past week. CVS gained nearly 1 percent for the week, Express Scripts was up nearly 4 percent, and the parent company of OptumRx, UnitedHealth Group, rose more than 2.5 percent.

Some health care advocates say the market’s positive reaction is a sign that the administration’s proposals have far more bark than bite, when it comes to moving drug prices lower. But financial and health policy analysts say, taken together, the proposals could make a difference over time.

“It shows that the Trump administration has very deep and extensive knowledge about the market, and it is very serious about doing what they can to reduce drug prices,” wrote Leerink Partners analyst David Larsen in a research note to clients.

“We believe that if these policies are implemented, then longer term the rate of list price inflation will slow which is generally a headwind for the entire supply chain,” Larsen said.

How quickly is unclear. The proposals were officially posted for comment this week include a proposal to changes in Medicare Part D price negotiation rules for the 2019 plan year. However, the president’s drug price blueprint must undergo a two-month public comment period through July 16, after which officials will have to review the comments.

“After that, HHS could proceed with publishing related formal proposed rule changes at any time – we think sometime during the fall would be the soonest, but there is no set timeline, and it could take longer,” Evercore ISI analyst Ross Muken wrote in a research note to clients.

The bigger question is whether HHS will need to get congressional approval in order to change the way that government pays for drugs in Part B. Under current law, the government pays full list price for those branded drugs — which are administered by physicians through injections or infusions — plus a 6 percent markup for physicians.

“Medicare, when it was set up, was built on the model which was essentially, ‘Tell us what it cost and we’ll pay you,’ … a cost-based reimbursement model,” which is why the government doesn’t negotiate prices under Part B, professor David Hyman of Georgetown University Law School explained.

Medicare Part D drug plans were enacted as part of the Medicare Modernization Act of 2003 and were set up under a private market model in which pharmacy benefit managers can negotiate discounts.

“You can’t merge part B into Part D in the big-picture sense of it without getting Congress to enact amendments to either of the pieces that adopt them,” explained Elizabeth Mann, an attorney with Mayer Brown who co-leads the law firm’s health care practice.

Getting a bill passed to overhaul the program completely could be a tall order, politically. However, the administration could make substantial changes to Part B through regulatory authority, according to Mann.

“CMS could write a set of regulations that I think permit the buying efficiencies of Part D to be made available in the Part B universe,” she maintained, adding, “I think they could come up with any number of tools that would permit or require… (doctors) purchase (drugs) at the lowest price seller. And the lowest-priced seller could be the Part D administrators.”

If it’s that easy, why hasn’t it been done before? Georgetown’s David Hyman thinks it’s because such a move would likely go beyond the administration’s regulatory authority and would certainly be challenged in court.

“It will be much more straightforward and legally defensible to say ‘we’re going to do a demonstration on the following drug’ where we want to figure out whether this will actually work,” Hyman said. “You want to pick ones where you think you’d have an impact.”

He said the administration could set up a demonstration through the Centers for Medicare and Medicaid’s innovation center, targeting high-priced brand-name drugs in Part B that have lower-priced competitors, which are equally effective.

“That’s not just low-hanging fruit, but fruit that’s lying on the ground, waiting to be picked up,” he said.

Secretary Azar has also threatened the industry with using the power of the president’s bully pulpit to shame drugmakers who set high prices. Price trends over the last two years suggest that keeping drug prices in the spotlight may already be bearing fruit, when it comes to moderating drug price increases.

In the summer of 2015, when presidential candidate Hillary Clinton tweeted about “outrageous” drug pricing, increases for drug prices averaged 12 percent, according to analysts at Nephron Research. By the time President Trump tweeted a year ago that drugmakers were “getting away with murder,” drug inflation had slipped below 10 percent, and this spring price increases have averaged just 6 percent.

“When the bully pulpit was combined with the threat of regulators/legislative change, it proved highly effective in driving pharma to self-police price increases,” wrote Nephron’s Eric Percher in a note to clients.

That’s not to say prices are tumbling, but the downward trend of increases isn’t likely to change in the near-term, because the pressure to drive down drug costs isn’t going away.

“There are going to be changes in the pricing system,” Johnson & Johnson CEO Alex Gorsky acknowledged last week on CNBC’s Squawk Box.