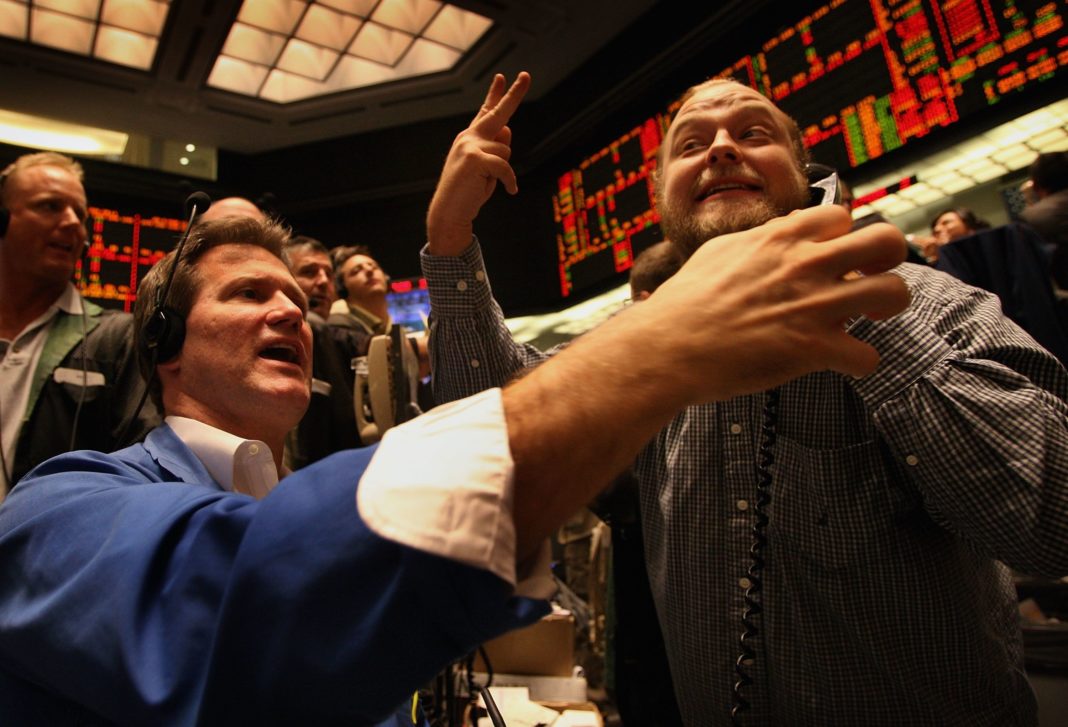 Investors are jumping into bonds like they’re a hot new commodity or even stock, but strategists warn the prices are getting rich as the yields shrink in the Treasury market.

That apparently isn’t fazing some investors who are subscribing to the new view that bonds are investments that can only rise in value — like stocks.

JJ Kinahan, TD Ameritrade chief strategist, said clients of his firm have been selling stocks and buying bonds for the past two months.

Kinahan said investors are looking at bonds as appreciating assets, at least until the next Fed meeting in September when the Fed is expected to cut rates

Investors bought bonds Monday, as they sold stocks, with the S&P 500 ending off 1.2%. Bond yields fell as investors piled into bonds. The iShares 20+ Year Treasury Bond ETF, TLT jumped 2.1% Monday, its biggest gain in a year, as investors bet that prices of long dated Treasurys would continue to rise.

“They’re holding their nose and buying,” said Jack Ablin, chief investment officer at Cresset Wealth Advisors. He said some investors are buying out of fear, and they are worried that Fed will not be able to rescue the economy from falling into a recession. “The effectiveness of Fed stimulus has been diluted. There may be a growing argument that we’re driving around without a spare tire. That’s the new fear.”

Bond prices move opposite yield, and in the Treasury market, the 10-year yield was at 1.64% on Monday, while the 30-year bond was yielding 2.13% in late trading. Before the July Fed meeting less than two weeks ago, the 10-year was yielding 2.07%. Strategists say investors are fearful that the trade war will stall out the economy, and recently they have become worried that protests in Hong Kong could lead to a crackdown by China.

Strategists also were watching the widely-followed spread between the 10-year note yield and the 2-year yield, which was growing closer together. The so called yield curve between the two is flattening dramatically, and they were just about 6 basis points apart Monday. An inverted curve, when the 10-year falls below the 2-year yield, would be a recession warning if it remained there for a while.

“It’s become a trend. I don’t think it’s even so much fear,” Kinahan said. “I think that part of it is it’s a trade now It has less to do with fear of recession which is normal and more to do with ‘where can I get some return in terms of more capital appreciation,'” he said.

Kinahan said it’s not so much retail investors but other larger investors, who are scooping up bonds. “They feel like the Fed is going to give them another statement that’s gong to give then another lift, and then they can get out.”

Hans Mikkelsen, Bank of America Merrill Lynch credit strategist, said Treaurys are getting too expensive, and the only reason to buy them at this level is if you believe there’s a recession on the horizon. BofA this week said there is now a one in three chance of a recession.

“On a day like today, when you have a big decline in interest rates, Treasurys is the place to be. The question is what do you do going forward. Obviously, there’s reason why we’re seeing lower rates, and that is increased recession risks. That comes from trade tensions between the U.S. and China, mixed with some political risks. Hong Kong gets mixed in as well,” he said.

Mikkelsen said he would not jump into the Treasury market at this point, but investment grade corporate debt could be a good place to be.