Invasive Carp Caught 9 Miles From Great Lakes, In ‘Cause For Serious Concern’ 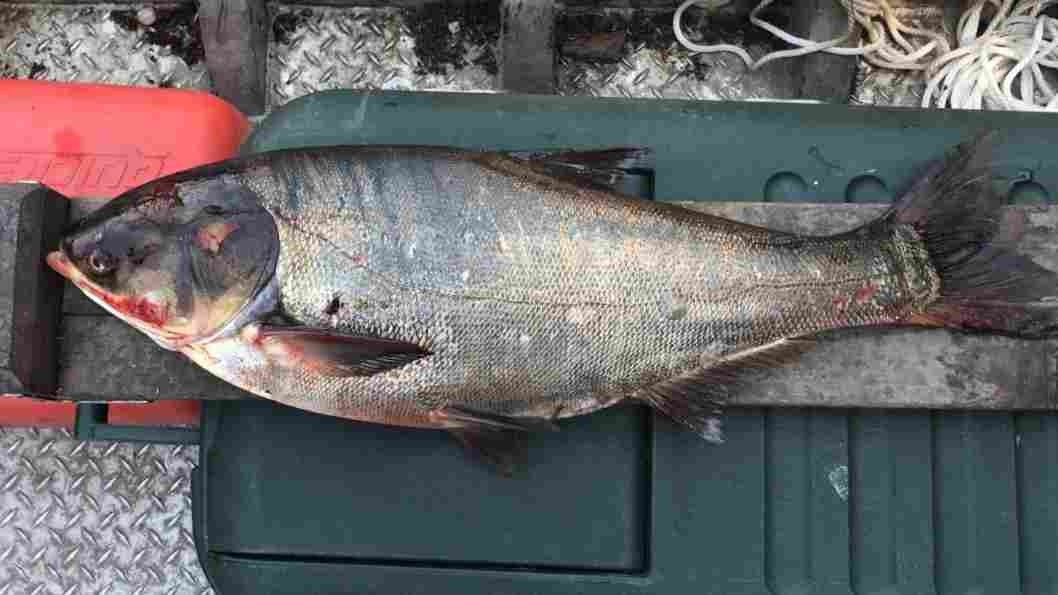 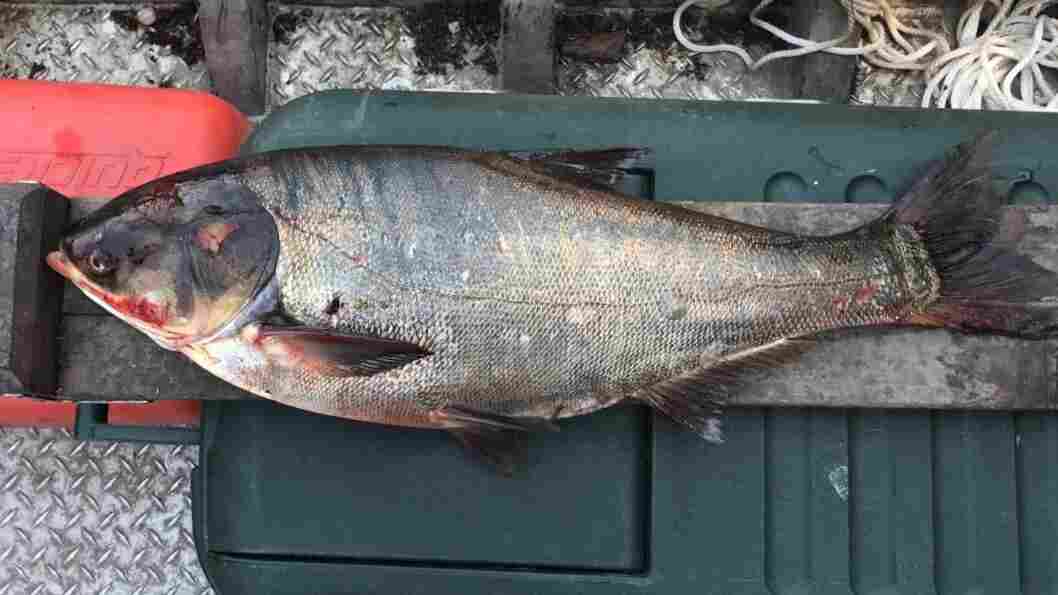 The silver carp captured Thursday in Illinois just downstream of the T.J. O’Brien Lock and Dam. The carp weighs about 8 pounds and measures 28 inches long. Courtesy of the Illinois Department of Natural Resources hide caption

Courtesy of the Illinois Department of Natural Resources

The silver carp captured Thursday in Illinois just downstream of the T.J. O’Brien Lock and Dam. The carp weighs about 8 pounds and measures 28 inches long.

Courtesy of the Illinois Department of Natural Resources

A live Asian carp — an invasive fish so threatening to local U.S. ecosystems that officials have struggled to keep it out of the Great Lakes — has been caught nine miles from Lake Michigan, beyond a system of underwater electric barriers.

The silver carp, one of several species of the invasive fish, was captured below the T.J. O’Brien Lock and Dam on Thursday morning “with a grill net by a contracted commercial fisher,” the Asian Carp Regional Coordinating Committee said in a statement Friday. “The silver carp was 28 inches in length and weighed approximately 8 pounds.”

Kevin Irons, an official with the Illinois Department of Natural Resources, tells NPR that tests of the fish and its surrounding waters are now underway, and further information will be released soon.

“There are seven species of carps native to Asia that have been introduced to the United States,” explains the ACRCC, a group composed of federal and local agencies, “but only four types that are considered a threat to the Great Lakes: bighead, silver, black and grass.”

In the eight years the group has monitored the Chicago Area Waterway system, it says this is only the second time a threatening species of Asian carp has been caught beyond the barriers. The first was a bighead carp caught in Lake Calumet in 2010.

For many onlookers, Thursday’s catch presents cause for alarm. As Fisheries and Oceans Canada notes, the fish have significantly out-competed native species in the Mississippi River and its tributaries, and they threaten to have the same ecological impact in the Great Lakes.

“They are voracious eaters, able to consume 5 to 20 per cent of their body weight each day, leaving far less of the microscopic plant and animal life (phytoplankton and zooplankton) to support native fishes,” the agency says.

And that threat has been taken so seriously, millions of dollars have been spent on underwater barriers to keep them in check, according to public radio consortium Great Lakes Today.

“The news of an Asian carp found within nine miles of the Great Lakes is cause for serious concern,” Ohio GOP Sen. Rob Portman said in a statement. “The fishing industry in the Great Lakes is a $7 billion a year economic engine and it would be severely threatened if Asian Carp are allowed into the Great Lakes.”

Portman called on the Trump administration to release its plan to prevent the problem — and to recommit funding to the Great Lakes Restoration Initiative, a $300 million-per-year program that “helps states with environmental projects, like cleaning up toxic sludge from tributary rivers and keeping invasive Asian carp out of the lakes,” Karen Schaefer explained on All Things Considered earlier this year.

The White House has proposed deep cuts to the program, and the funding for one of its studies, which would focus partly on Asian carp, remains in doubt.

The Trump Admin must immediately release the study they have been blocking so we can permanently stop the Asian carp!

“Asian carp are a very serious threat to our Great Lakes economy,” Portman’s colleague from across the aisle, Michigan Sen. Debbie Stabenow, tweeted Friday. “The Trump Admin must immediately release the study they have been blocking so we can permanently stop the Asian carp!”

For now, the ACRCC cautions: “It is important to note that this preliminary finding does not confirm that a reproducing population of Asian carp currently exists above the electric dispersal barriers or within the Great Lakes.”

That said, the group notes it is launching “two additional weeks of intensive sampling in the area.”