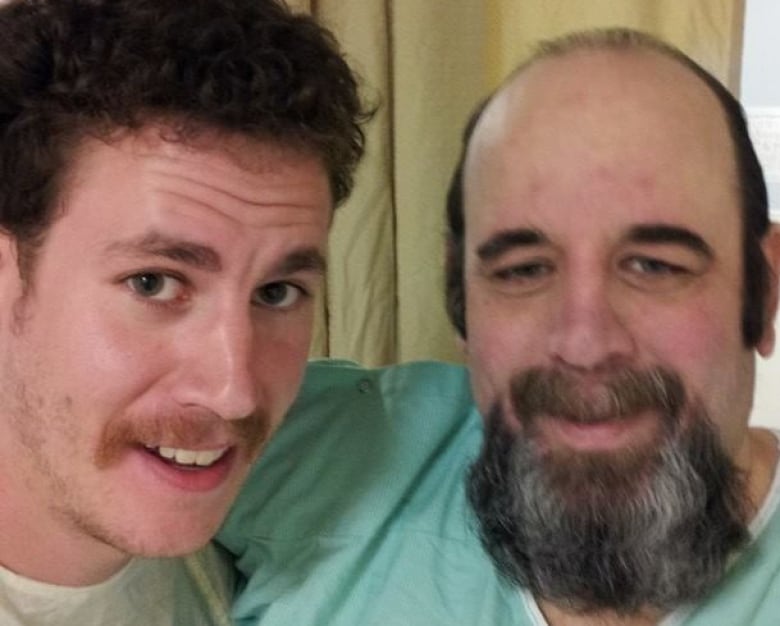 For the last couple of months, Jordan Bissonette has collected his father’s bills and kept an eye out for any important tax documents.

But he says his heart sank when he opened a letter from Quebec’s Ministry of Health and Social Services (MSSS) in mid-April.

The notice states that his father, Rick, is being prioritized for the COVID-19 vaccine due to his age and encourages him to book an appointment as soon as possible.

However, the 63-year-old died from COVID-19 in February. Prior to contracting the virus, he lived in the Montreal borough of Pierrefonds-Roxboro.

For his grieving family, the letter was a hurtful reminder that he is not here to benefit from the vaccine rollout.

Bissonette describes the letter as “not only bitterly ironic, but upon reflection, cruelly insensitive.”

“It would be like if he were to have died of a heart condition and then two months later, they said, ‘Oh, we found a donor for a heart transplant,'” he said.

In an effort to prevent this from happening to other families, Bissonette, who lives in Ottawa, emailed several officials, including the MSSS and Quebec Health Minister Christian Dubé.

“The people who would have been in line for a vaccine, but have lost their lives due to the virus is not an insignificant number of people,” he said.

Since the pandemic began, nearly 11,000 Quebecers have died from COVID-19. Like Bissonette’s family, relatives have been prevented from saying goodbye in person or holding a funeral service because of public health restrictions.

Knowing this, Bissonette is disappointed the government didn’t show more sensitivity and take the time to verify which people are deceased in their records before sending out the notices.

“It definitely saddened me a little bit and made me a little bit angry that they were not able to — for lack of a better term — get their act together,” he said, noting he’s received mail from two other provincial agencies (Retraite Québec and Revenu Québec) which are aware his father is deceased.

His son Jordan Bissonette was dismayed the government didn’t take more care to cross-reference the list of vaccination priority against the list of those dead from COVID-19. 2:09

Bissonette said he knows it can be hard for large bureaucracies to keep track of information across different departments.

He understands that in the haste to get as many people vaccinated as possible the letter was sent by mistake, but says that doesn’t undo the hurt it caused.

“As we come to terms with my father’s passing, letters such as this one are distinctly unhelpful, and only rub salt in the still fresh wounds,” Bissonette told the government in his email.

Marie-Hélène Émond, a spokeswoman for the Health Ministry, said they understand that this kind of situation can be very upsetting for a family who is already grieving a loved one.

She offered her condolences to those families.

“In order to invite each eligible person to be vaccinated, the MSSS sends personalized letters, according to the vaccination sequence of each region,” said Émond in an email.

The letters are sent based on the health insurance agency RAMQ (Régie de l’assurance maladie du Québec) databases. The information is taken at a certain date, so there can be delays between when the mailing lists are compiled and when the letters go out.

“As a result, the list is not completely up-to-date and unfortunately people may have died in the meantime,” said Émond in an email.

Now that vaccination is open to all people aged 60 and over, the MSSS is looking at whether it still makes sense to use this method.

The government has still not replied to Bissonette’s email directly.