Inquest into death of Samwel Uko opens in Regina 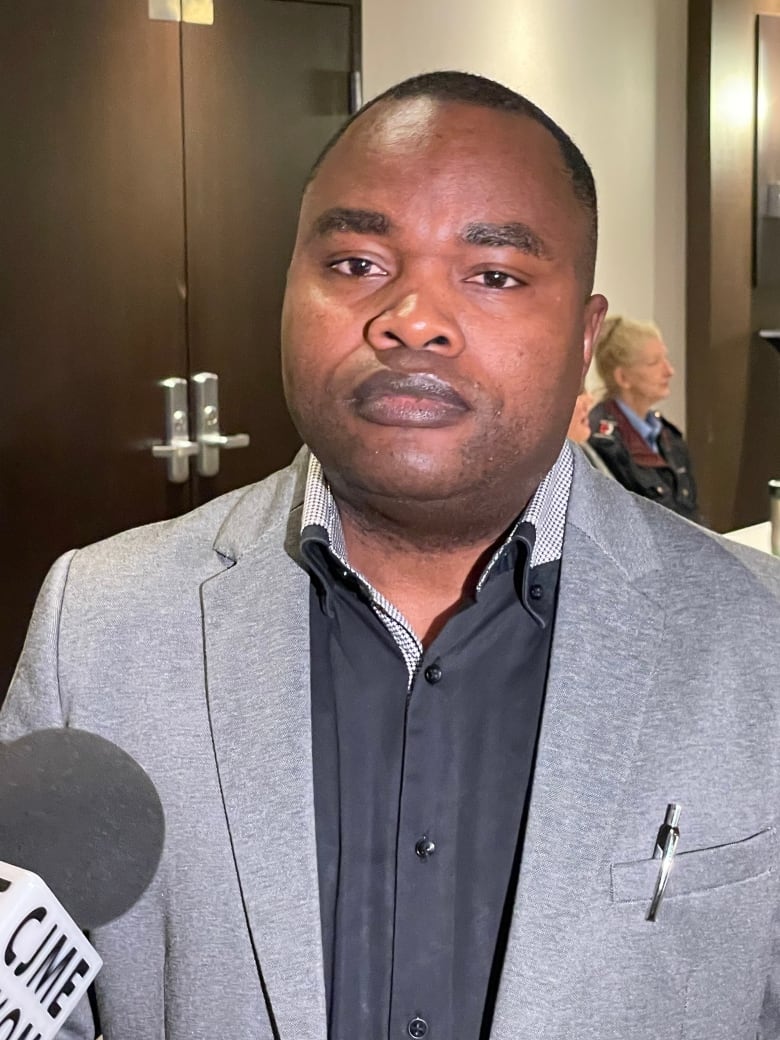 A little more than two years after Samwel Uko died, a highly anticipated public inquest has begun to analyze the details of his death.

Uko, a 20-year-old football player from Abbotsford, B.C., died at Wascana Lake on May 21, 2020, while in Regina visiting an aunt. His family said it was a suicide.

A public inquest in his death began at 10 a.m. CST Monday at the Ramada Plaza hotel in Regina. It’s set to continue for at least a week, though it might be extended to June 6.

The inquest will investigate when and where Uko died, as well as the medical cause and manner of his death. From there, the coroner’s jury can make recommendations to prevent similar deaths.

The inquest had previously been scheduled to run Sept. 20 to 24, 2021, but was postponed because of public health and safety concerns and regulations related to COVID-19.

Leading up to his death, Uko had sought medical help twice for mental health issues, and was forcibly removed from the Regina General Hospital. His body was found in Wascana Lake about an hour later.

The Saskatchewan Health Authority apologized to Uko’s family in July 2020, later admitting in a legal document that it had failed to provide follow-up care, and paid $81,000 in damages to the family.

Coroner Robert Kennedy is presiding over the inquest. Over the rest of the week, the daily proceedings will begin at 9:30 a.m.

In an opening statement, Kennedy gave the jury a rundown of what occurred on May 21, 2020.

He said Uko’s cousin took him to Regina General Hospital between 9 and 10 a.m. The cousin was not permitted to go into the hospital with him due to COVID-19 protocols. The cousin picked Uko up two to three hours later near Mosaic Stadium.

Then, at about 5 p.m., Uko called police asking to go to hospital again. He was escorted out of the hospital without being treated.

At 7:36 p.m. a 911 call was made claiming that a black man had taken off his jacket, cell phone and keys and walked into Wascana Lake. He did not re-emerge.

The first witness to the stand was Daniel Ripplinger of Regina Fire Services, a firefighter who worked 6 p.m. to 7 a.m. on the day in question. He said that at 7:58 p.m. a call came in of a drowning rescue case on the north side of the Albert Street bridge.

Ripplinger said he remembers seeing personal belongings next to the water, including a wallet, phone and Saskatchewan Health Authority business card with a number on it.

He said his team recovered the body in about an hour and 10 minutes.

“[We] snagged something with our equipment and slowly brought it to the service,” Ripplinger said, stating to the Crown that the man in the water was shirtless and had cornrows in his hair.

He said that at 9:25 p.m., recovery of the man was confirmed. EMS hooked him up to a monitor, but there were no signs of life.

“I think what happened to Uko was a complete tragedy,” Ripplinger said.

When cross examined by the SHA and Katrina Swan, council for the Regina Police Service, Ripplinger said there were no signs of trauma on the body. He also said that the SHA business card with the handwritten phone number “seemed kind of bizarre.”

Uko’s family says they hope to get answers as the coroner’s inquest continues throughout the week. His uncle, Justin Nyee, said the family wants to know whether race was one of the reasons Uko did not get the help he desperately needed.

He said the family has been waiting for the inquest for a long time.

“And it’s finally here. It’s been a very stressful and long [time] waiting for us as a family because we wanted to get the answers. We have so many questions, we did not get answers for it. So this will shed the light on what happened, and it’s very important that it’s finally here so we can get going with it.”

Uko’s parents are in attendance at the inquest. They have requested not to talk to media on Monday, but said they will provide interviews on Tuesday.