Inflation biting into your grocery bill? Follow the food from farm to fork to see why 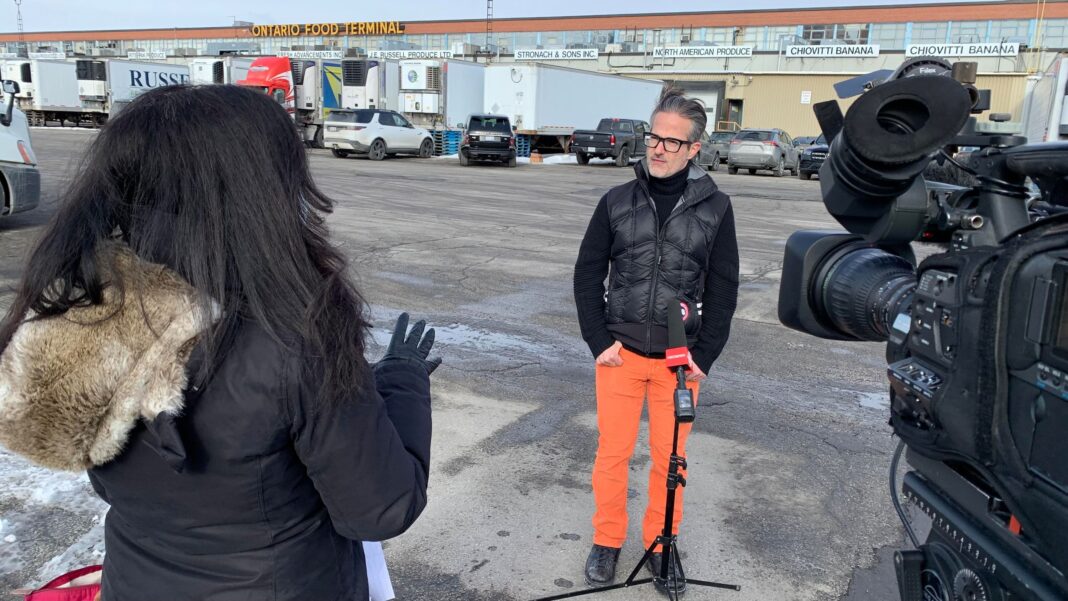 Everything seems to be getting more expensive. Food, gas and housing prices are on the rise while paycheques are slow to keep pace.

The CBC News series Priced Out explains why you’re paying more at the register and how Canadians are coping with the high cost of everything.

Canadians don’t need to go any farther than their local green grocer for a reminder that food prices are shooting up. But a look at the long journey from farm to fork gives a better picture of why it’s happening.

While Canada is blessed with abundant agricultural land, the country imports $10 billion worth of fresh fruit and vegetables every year — especially in the winter months.

Outside of the relatively little produce grown in Canadian greenhouses, the vast majority of fresh food that Canadians eat this time of year comes from the United States or overseas. And when one considers what’s involved in getting it from there to here, it’s no wonder the prices posted on grocery store shelves are rising.

Larry Davidson deals with it every day. He’s president of North American Produce Buyers, one of the biggest importers of various types of fruits, vegetables and nuts into Canada. He’s used to managing the ups and downs of a complex supply chain, but the pandemic has been something else entirely.

“This year is unprecedented,” he told CBC News in an interview. “Last year was a cakewalk in terms of logistics compared to what we’re dealing with now.” 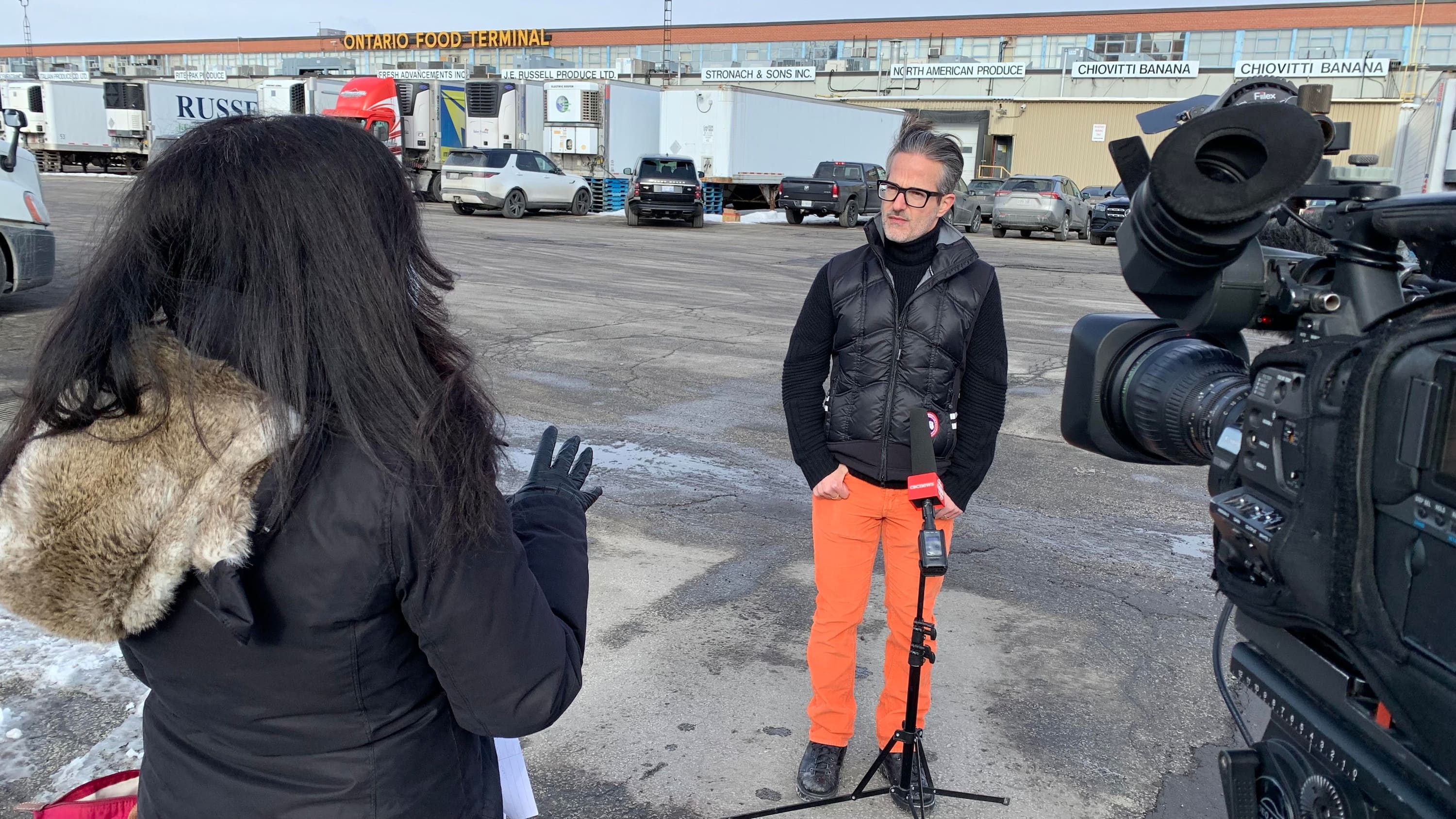 How a lack of trucks is pushing up food prices

This time of year, Davidson is mostly importing grapes — “the best you’ve ever had,” one of his customers told CBC News — along with stone fruits like peaches, plums, nectarines and cherries.

Much of what Davidson brings in at the moment comes from South America and Africa, two parts of the world that have been dealing with everything from higher costs for fertilizer to extreme weather events such as droughts, frost and floods washing out crop yields.

On top of the basic cost of the food going up, Davidson also has to factor for sharply higher costs of getting it here.

“[Most of] the costs that we’re seeing right now relate to transportation issues, whether it be ocean, air earlier in the season or overland trucking from any place you can imagine,” he said.

Typically, a shipment of his prized grapes would leave a port in Peru and sail through the Panama Canal before making their way to be offloaded somewhere on the Eastern Seaboard of North America. His stuff mostly comes through Philadelphia, Wilmington, Del., or sometimes Halifax, and if he’s lucky, he’ll have his hands on his shipment about two weeks after it was loaded on to the boat.

But the global supply and demand crunch that has ensnared everything from cars and semiconductors to furniture and appliances and even toys has walloped food like grapes, too, leading to higher costs at every link in the chain.

Getting a truck to take offloaded fruit from the port in Philadelphia to make the 800-kilometre journey to a Canadian hub such as Toronto would have cost buyers like North American Produce about $1,800 US last year. But now that price of the journey has doubled, if not tripled.

Add it all up and Davidson says it costs him about $4,000 US more for the same shipping container full of grapes this year compared to last. That works out to about an extra $2 on the wholesale price on a case of grapes.

It may not sound like much, but it adds up, and grapes are far from his only product seeing higher costs. His wholesale cost on other fruits are up by 50 per cent or more compared to last year — if he can even get them on time.

Most of what Davidson traffics in at some point passes through the Ontario Food Terminal, a sprawling complex in Toronto’s west end that is the largest wholesale fruit and produce distribution centre in Canada, handling more than two billion pounds of food in any given year. A lot of that stays local, but a good chunk of it ends up in stores and dinner tables across Canada.

Once Davidson has his hands on his crop, he still has to get it out the door to his customers, so he turns to folks like Raman Khangura, president of the trucking firm SRT Logistics, to deliver his product where it needs to go.

WATCH | Why the price of your food is going up: 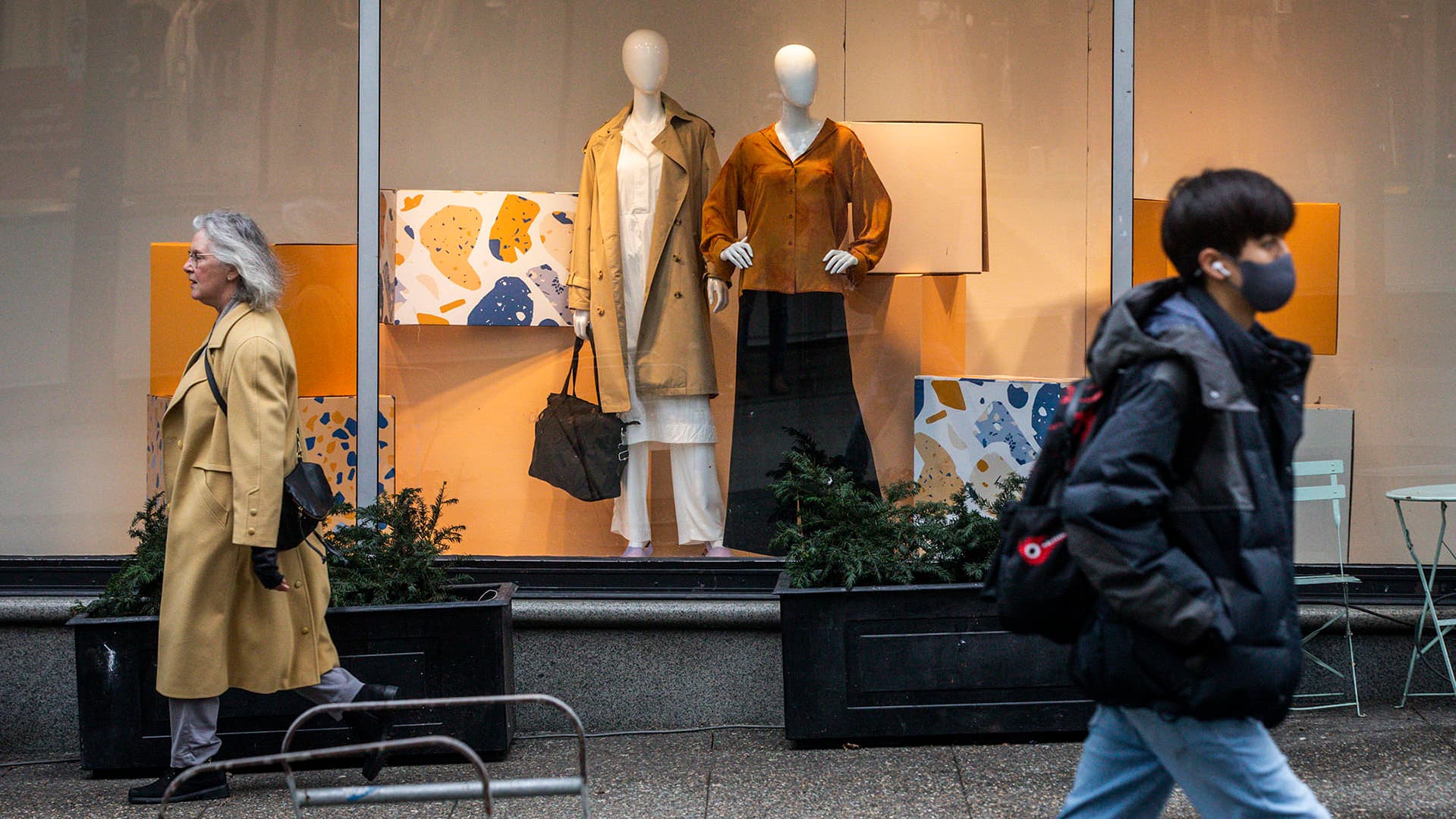 The impact of the rising cost of everything

Canadians are being hit hard by the rising cost of all goods, from housing to groceries to gas, and experts have different opinions on how to reduce that impact. 2:51

SRT is based in Abbotsford, B.C., but the company’s stable of 50 trucks is accustomed to taking food from Ontario-based vendors like Davidson in Toronto and delivering it as far away as Winnipeg, Saskatchewan, Alberta and beyond.

Business is booming, but costs are exploding too, Khangura says. He’s facing a lack of qualified drivers, spending on maintenance and repairs and shelling out for gasoline, the price of which has spiked by a third.

“Everything is just going up and up,” he said. “We have to pass on the cost to everybody down the line.”

Tarik Zeid is one of the people waiting near the end of that line. His Winnipeg grocery store, Food Fare, is a 28-hour drive from the Ontario Food Terminal.

He says he’s paying between 10 to 25 per cent more at the wholesale level on just about everything he sells. And he can’t always pass that on to consumers who are more aware of prices than ever. 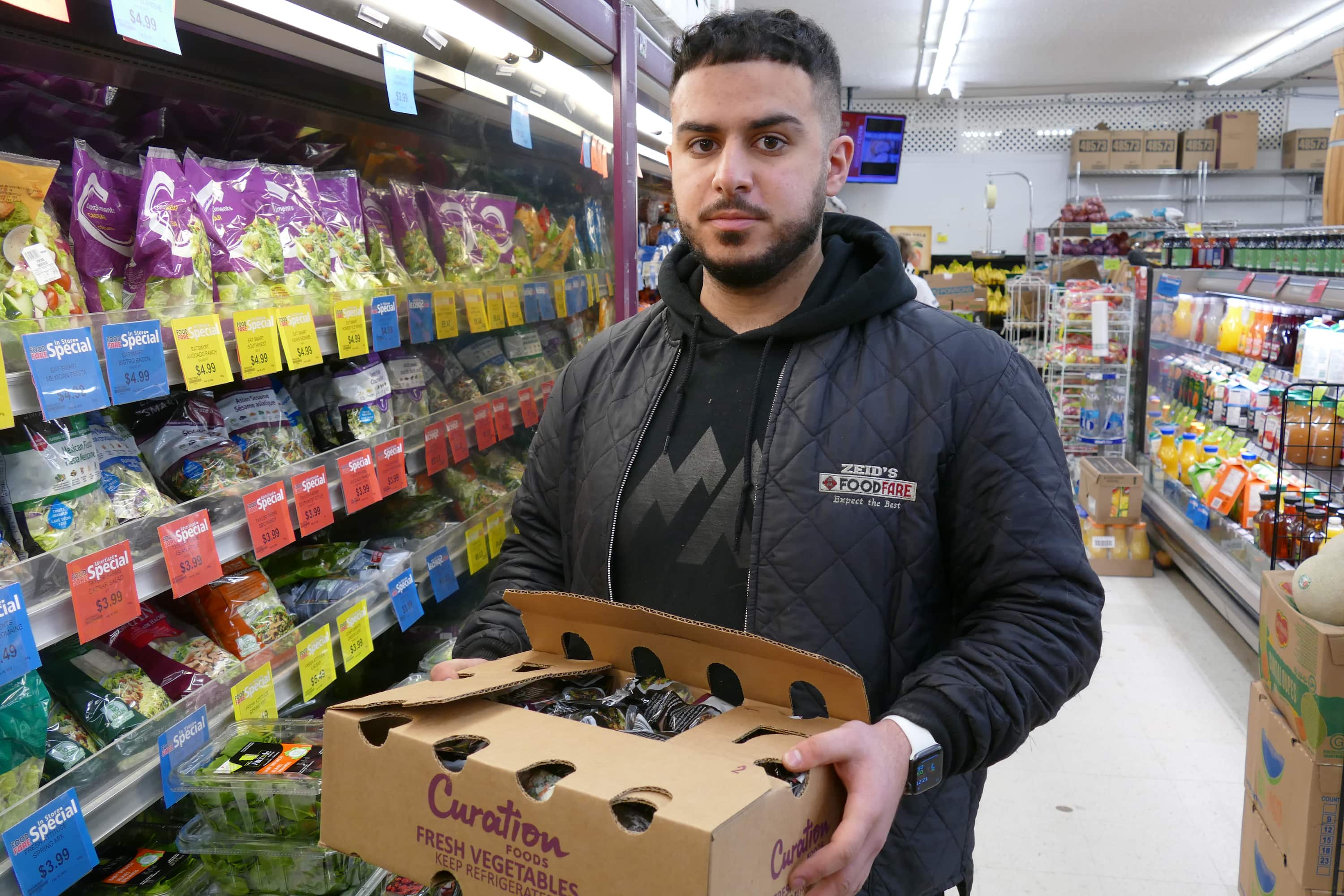 Why your grocery bill is going up

Winnipeg grocer Tarik Zeid says from higher gas prices to shipping delays that lead to spoiled food, there are a variety of reasons why food costs are on the rise. 0:52

Zeid is paying about one-third more for bananas lately, but he’s only increased his price by about 10 per cent for fear of losing customers, so his already-thin margins are squeezed.

“You kind of have to go around and see what everyone else is selling for and sort of price based on the market [because] you can’t really price based on numbers these days,” he said.

That’s because his customers are more cost-conscious than ever. Browsing the aisles in his store recently, shopper Deborah Lima says she’s noticed prices are rising just about everywhere she shops.

“They’re going up pretty significantly, which is really hard when you’re on a fixed income and I don’t know what it’s due to,” she told CBC News.

Linda Guse says she’s “more cautious and looking for good prices” now than she used to be. “I have to shop more carefully too for fruits and vegetables to keep those prices under control.”

They aren’t the only ones counting their pennies. In an online survey among a representative randomized sample of 5,002 Canadian adults conducted between January 7th and 12th, Angus Reid Forum found that almost 80 per cent of respondents said they had changed their shopping habits because of food price inflation.

While the poll was not randomized, a probability sample of this size would carry a margin of error of +/- 2.5 percentage points, 19 times out of 20.

Half of respondents said they were switching to cheaper brands while grocery shopping, and nearly a quarter said they were buying less fruit and vegetables because they could no longer afford to.

Zeid raves about the quality of Davidson’s grapes. But at $3.99 a pound, which is what he sells them for, he’s losing money on every bunch. Yet he can’t raise his prices much more because he worries he’ll lose business to his competitors, who sell inferior grapes for $1 less.

So while consumers may wince at higher prices than they’re used to for things like bananas, Zeid notes his store is lucky to take home about five cents for every pound of them he sells. And he urges shoppers to remember that every link in the food chain from farm to fork is feeling the pinch.

Do rising food prices have you experiencing sticker shock at the grocery store? Show us what you’ve been seeing at your local supermarket and send a photo or video with a brief description to ask@cbc.ca. Be sure to also include your name and location. It may be featured on CBC News Network.