In Raqa US strategy sees fall but leaves Kurds in lurch The fall of the Islamic State group’s last bastion in Syria was a victory for Washington’s military plan, but comes as the US political strategy for the region seems to stumble. 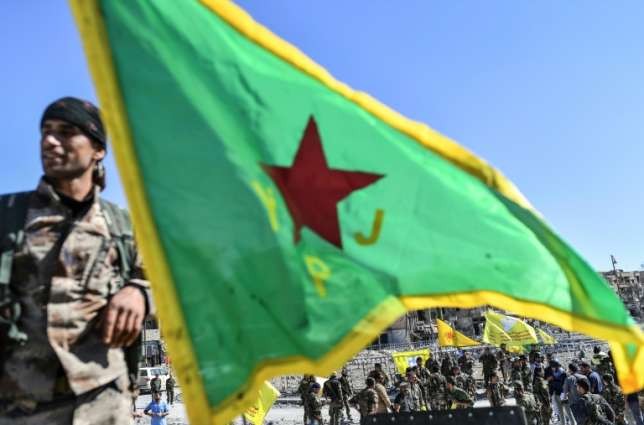 The fall of the Islamic State group’s last bastion in Syria was a victory for Washington’s military plan, but comes as the US political strategy for the region seems to stumble.

Even as US-backed Kurdish fighters raised their flags over the shattered heart of Raqa, their brethren in Iraq were in retreat, abandoning oil-rich territory to Iraqi forces.

The power shift shows that, while US leadership has kept a coalition together long enough to defeat the jihadists, the region’s political future is far from secure.

And experts warn that Washington’s bitter foe Iran is poised to take advantage while US friends like the Iraqi Kurds retreat under pressure from Baghdad and Ankara.

The Iraqi city Kirkuk and its rich oil fields are now in the hands of Baghdad government forces backed by Shiite militias, which lean towards Tehran for guidance.

President Donald Trump says Washington will not “take sides,” but it already appears too late for the Iraqi Kurds, once America’s most reliable friends in the region.

Just over two weeks after Iraqi Kurdistan voted massively for full independence, they have lost the territory they won during the US-backed fight against the Islamic State group.

And, without Kirkuk’s oil, their statelet has no economic lifeline and will live on precariously in some kind of tense accommodation with its more powerful neighbors.

“It’s over,” sighs former US policy adviser David Pollock, a fellow of the Washington Institute for Near East Policy who visited Kurdish leaders in Arbil late last month.

For Pollock the “medium term outcome is still up for grabs” but Iran has made “deliberate moves” and will gain influence as the Kurds fade back and Baghdad stands up.

Turkey and Iran have not made good on threats to close Kurdistan’s borders, so it may survive as an Iraqi region within three provinces allotted it in the constitution.

“That’s basically the deal. You’ve got to give up everything you got in the past three years, but we’ll leave you alone. We’ll let you live,” Pollock told AFP.

Washington opposed the Kurdish region’s independence referendum, pleading with Massud Barzani’s regional government until the last minute to call it off.

“They were a bit late,” said Linda Robinson, a senior military and foreign policy expert at the Rand Corporation with extensive field experience in the region.

For Robinson, it should have been clear much earlier to US officials that Barzani was bent on a referendum that Iraq’s Prime Minister Haider al-Abadi could never accept.

Facing a re-election fight next year, Abadi could not afford to face fellow Shiite opponents — some of whom are hostile to Washington — as the man who lost Kirkuk.

Now, Robinson and others argue, the United States must be “much more active” in trying to recover the situation by pushing for negotiations between Arbil and Baghdad.

But the political maneuvering may have shaken regional confidence in America as an ally.

Despite having relied on Kurdish fighters in the early stages of the battle against IS in Iraq, America decided that Baghdad was a better long term bet.

In the three years since Mosul fell to the jihadists the once ramshackle Iraqi forces have been rebuilt with US and Iranian support and now they are in the ascendant.

But in Syria Washington relies on another group of Kurds, the YPG militia of the Democratic Union Party (PYD), which formed the backbone of the US-backed push on Raqa.

This unit, now part of the US-armed Syrian Democratic Forces (SDF), is born from the same leftist movement as the PKK Kurdish separatists fighting in Turkey.

The IS group has been driven out of Raqa, but Kurdish SDF elements may not stay long in the mainly-Arab ruined city, and US ally Turkey opposes allowing them autonomy.

US planners hope a local council can maintain security in Raqa until a negotiated end to the Syrian civil war, but Bashar al-Assad’s Iran-backed regime is gaining ground.

“The US used the Kurds against Daesh and left them on their own in Iraq. Maybe that will happen in Syria too,” Pollock said, using the Arabic acronym for the IS group.

In Iraq, at least, Washington has the Iraqi government to fall back on to provide stability. “We don’t really have that option in Syria,” Pollock warned.