In one of Ontario’s hardest-hit regions, COVID-19 takes a toll on essential workers 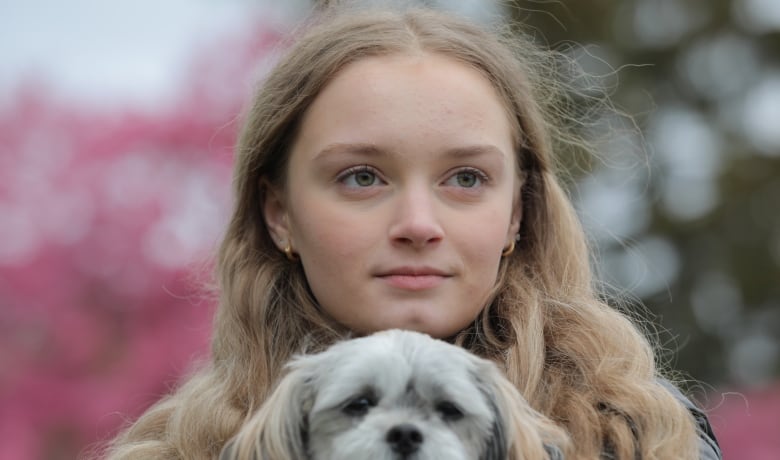 In Peel Region, which has been hit harder by COVID-19 than almost any other part of Ontario, essential workers — many of whom live in close quarters with several family members — have borne the brunt of the pandemic.

There have been more than 500 outbreaks of COVID-19 in workplaces in Peel since the pandemic began early last year, fuelling more than 100,000 COVID-19 cases in the region west of Toronto.

CBC News spoke with three people who live in Brampton, Ont., a city in Peel Region, about the struggles they and their families have faced during the pandemic.

Part-time retail worker at a pharmacy

Mikayla Portelli is grieving the loss of her grandparents while dealing with the guilt that they may have caught COVID-19 from her.

Portelli is a part-time retail worker at a pharmacy, working her way through college, with a goal of becoming a nurse. When she got COVID-19 in March, so did her grandparents, with whom she and her mother lived. They died this spring within weeks of each other.

Portelli works and lives in Brampton, Ont., in one of the province’s hardest-hit postal codes. The retail sector accounts for about 14 per cent of workplace outbreaks in Peel, while distribution centres make up another 11 per cent. The median age of those infected in the region is 36.

Now, she is doing what she can to remember the people who helped raise her while mourning the loss. She tends to their meticulously kept vegetable garden in the backyard of the home she grew up in, and she agonizes over their final days.

“They died alone,” Portelli said through tears. “I wasn’t there for them because I wasn’t allowed to see them and to know that it could have came from somewhere that I was working from or someone that came too close to me. It breaks my heart because people don’t realize how much damage they cause.”

More than a year into the pandemic, she says she is still dealing with customers who come too close to her or aren’t wearing face masks properly. She says people can be impatient or quick to anger when a product they want isn’t on the shelves.

Portelli is asking those shopping for essential items to be kind and aware of the safety of employees.

Kavita Upadhyay works at a warehouse and has spent the pandemic trying to mitigate her risk of infection.

Upadhyay wakes up her four-year-old daughter, Shanvi, at about 10 p.m. five nights a week for a car ride. Her husband, Sushil, then drives her to work for her 11 p.m. shift because they feel it’s safer than having her take the bus along the route that services many area warehouses.

The family lives in a one-bedroom apartment in a tower in one of Brampton’s neighbourhoods most affected by COVID-19, where the postal code begins with L6Y.

According to Public Health Ontario, Peel’s cumulative case count is 6,439 cases per 100,000 people, while Toronto is a distant second, with 5,041 per 100,000 — although death and hospitalization rates are higher in Toronto.

Upadhyay said she feels the company where she works is doing things to keep her safe: There is adequate PPE, physical-distancing monitors have been hired and employees wear trackers throughout their shift for contact tracing if someone becomes ill. But she says it is still stressful when she hears that someone at work has tested positive for COVID-19.

She says she worries about the seeming randomness of the disease, how some are asymptomatic and escape illness, while others become gravely ill.

“We don’t even know how it’s going to affect, like, some people are badly affected, some are very mildly affected. And we don’t know how we are going to be affected. So it’s better to be on the safe side.”

Gurinder Singh Khehra has faced serious symptoms of the disease, requiring two hospitalizations. Even now, more than two months after he was infected, he still labours when walking up and down a few stairs.

There was an outbreak at his wife’s workplace, and the virus ripped through the home they share with their children and his wife’s parents. Their 13-year-old daughter was the only one who didn’t get COVID-19.

Khehra’s symptoms started in late February. He felt weak and had a fever he could not control with over-the-counter medication, so he went to a hospital and was put on a ventilator.

He was home by March 19, but after only a few days, his wife found him in their bedroom, lifeless.

“My body gets almost cold. No breath, no heartbeat,” he said. “So my wife started crying. My mother-in-law is downstairs, she ran upstairs. My daughter, she called 911.”

Khehra was rushed to hospital and again put on a ventilator. He says his hands had to be tied down because he would try to pull out the tubes as he drifted in and out of consciousness. He had hallucinations and forgot where he was, believing at certain points that he was back in India.

“Honestly, I can’t put in the words. When they take me the second time from my home, all the neighbours are outside and nobody thinks that I will be back. Nobody. Everyone comes to my wife and they say, ‘Whatever God does, take that.'”

Khehra lost 35 pounds and still moves quite slowly. He says he often has trouble catching his breath. But he feels his physical pain has been overshadowed by the “mental torture” COVID-19 inflicted on his family. Since the day his wife found him in bed, he says, she has been unable to sleep in their room.

Although his health is still affected by the disease, Khehra says he feels lucky. But he wants people to keep their guard up against the virus.

“So that’s why I say to everyone, use precautions. If you don’t need to go outside, don’t go. Cut the chain. That’s very important. Very, very important.”

Gurinder Singh Khehra talks about the mental strain of his COVID infection on his wife. 0:54