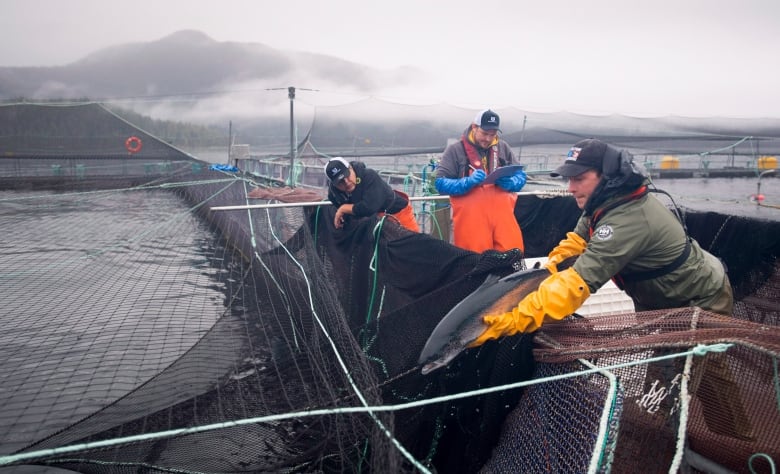 They’re billed as Canada’s spies on the sea: an award-winning team gathering intelligence on illegal fishing.

But the National Fisheries Intelligence Service, a unit with more than 100 members, has faced problems with sloppy techniques and apparent racial bias related to how it gathers information, according to internal records accessed under freedom of information legislation.

“The findings of this evaluation indicate that the stated objectives of targeting the greatest threat to fisheries and supporting officers in their enforcement activities are not being met,” according to heavily redacted files from 2018.

Responsible for monitoring and identifying people and companies committing crimes against Canada’s fisheries and marine habitat through covert and open actions, the NFIS’s mandate is being undermined by unprofessional tradecraft, the internal files say.

“Of particular concern is the potential of biased and tainted information which could undermine or discredit investigations or cases.”

Information gathered by intelligence officers is “being inconsistently applied,” say the documents, which appear to include an internal audit analyzing NFIS efficiency.

The Department of Fisheries and Oceans (DFO), the government body that oversees fisheries conservation intelligence, said the files are not a formal review and were prepared by a former employee without encouragement or support from senior staff.

The National Fisheries Intelligence Service was started in 2012 and became fully operational in 2016, a spokesperson said. It works out of Marine Security Operations Centres in Victoria and Halifax and employs 28 intelligence officers and 20 analysts.

“Of the records sampled in this evaluation [redacted] actively identified Indigenous people, communities or organizations,” the documents say.

“These findings suggest that greater emphasis is needed on ensuring that the information that is gathered, evaluated and recorded is of credible intelligence value.”

Based on “reading between the lines,” the internal files suggest Indigenous people are being unfairly targeted by intelligence officers for heavy-handed enforcement, said a senator who reviewed the documents with CBC News.

“If internal auditors suspect officers are submitting biased information on which management is determining their action, that’s very disturbing,” said Sen. Daniel Christmas, a former band manager for the Membertou First Nation in Nova Scotia who tracks racism in fishing.

He said it looks like information is being uploaded into the NFIS database “without being verified and then submitted as truth.”

The documents appear to suggest a pattern of DFO “demonizing” Indigenous fisherman, he said, so law enforcement can “take harsh action against them when it isn’t warranted or suggested.”

DFO declined to make a representative available for an interview about the internal files.

“NFIS was created to provide an unbiased perspective on criminality in the fisheries realm, and to identify and rank the most significant threats to Canada’s fisheries and marine habitat,” a DFO spokesperson said in an email.

The documents were created independently by a former employee “who was not an auditor, intelligence analyst, intelligence officer or program officer,” the DFO spokesperson said.

The files, DFO said, were “completed without the authorization, access or methodological skill necessary to provide a substantive analytical document on NFIS intelligence gathering.”

Among international intelligence experts, NFIS enjoys a good reputation. In 2018, the group won an award for excellence from the International Association of Law Enforcement Intelligence Analysts, a professional organization, at a ceremony in California. 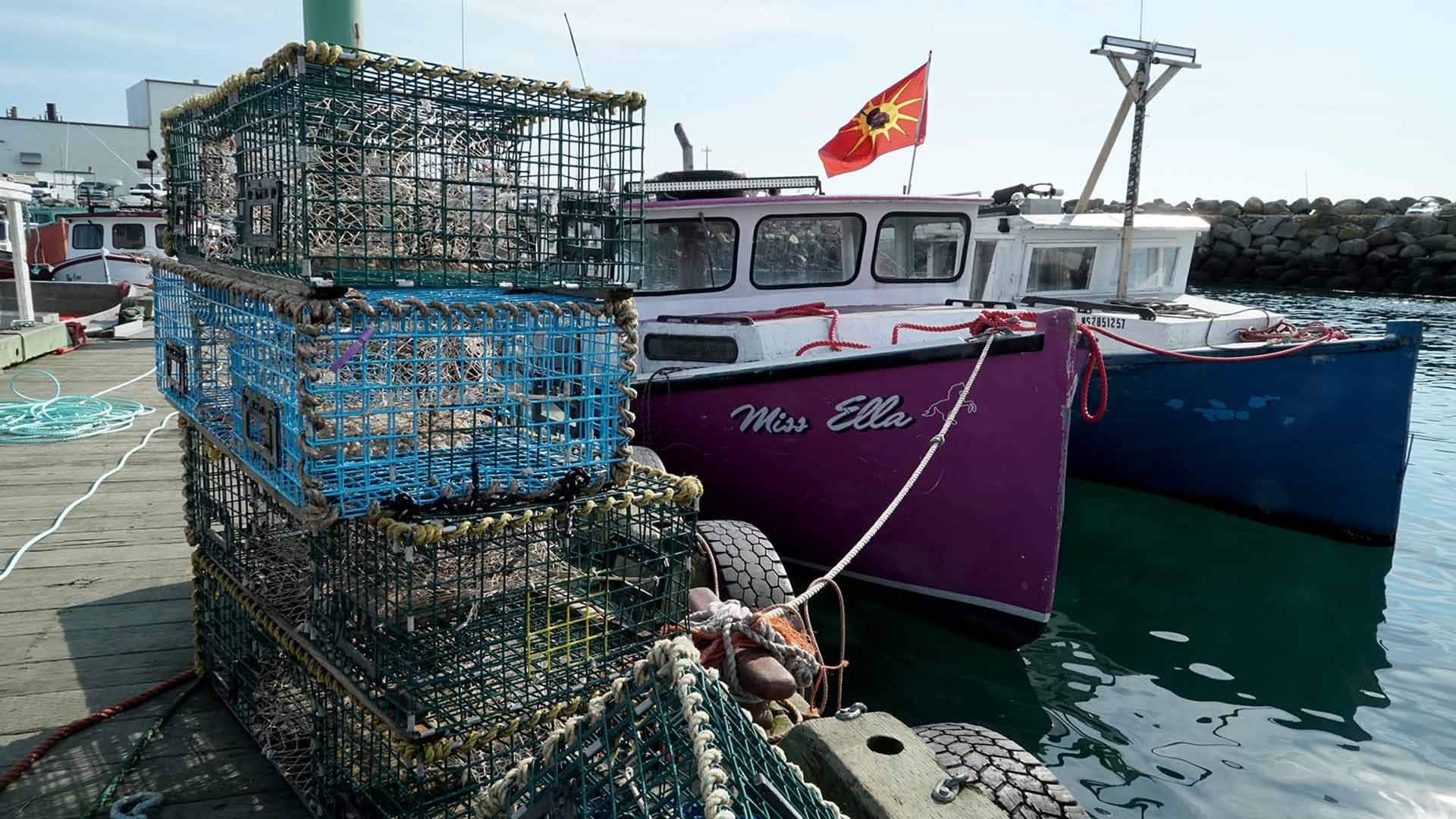 Indigenous leaders in Atlantic Canada are outraged after the federal government authorized an Indigenous ‘moderate livelihood’ fishery in Nova Scotia, but only if it fishes within the commercial season. Leaders of the Sipekne’katik First Nation say they will continue to defend their treaty rights. 1:56

Internationally, illegal fishing is a serious problem undermining conservation efforts and accounting for an estimated 30 per cent of the fish caught globally, according to United Nations data.

To try to combat the problem, Canada has ratified a UN agreement to give conservation officers more power to prevent illegally harvested fish from entering the international market through Canadian ports, the DFO spokesperson said.

DFO could not provide Canada-specific information on how widespread the problem is thought to be here, although the agency said rates of illegal fishing in Canada are likely lower than elsewhere.

Dyhia Belhabib, the principal fisheries investigator at Vancouver-based EcoTrust Canada, said she has heard complaints from fishermen about being harassed by some DFO officers.

“According to the fishermen, there is no overarching accountability of officers on the water,” she said in an interview. “Some are really respectful and nice — but I’ve heard stories of officers abusing their power.”

Based on her understanding, because of a lack of resources, enforcement tends to target fishermen and boats with a previous record of illegal fishing, including for what she considers honest mistakes.

“If the real bad guys are good at hiding, this creates a problem,” she said.

Fishermen who are flagged in intelligence reports could be “on the radar for the rest of their lives,” Belhabib said. “We need more resources, more accountability, and more understanding of the drivers of illegal fishing.”

In addition to more serious concerns about poor quality intelligence or racial bias in enforcement, the internal documents point to other problems with NFIS operations.

“Of the reports reviewed, [redacted] 66% extensively employed colloquial language while 20% had significant spelling and grammatical errors,” according to the internal files.

“Though not problematic in themselves, these oversights in note taking and data recording serve to compound additional patterns identified in the evaluation, most notably the inclusion of unfounded supposition, accusations or correlations that may be based on reliable information but are of no intelligence value. Of particular concern are reports that potentially violate the privacy of individuals.”

Sen. Christmas said he has seen some of the problems noted in the internal files first-hand, including undue surveillance of Indigenous fishermen and an incident where an intelligence officer interviewed a Mi’kmaw informant and submitted false information about what the informant had said.

“It seems there is a possible tendency to submit false information to justify intelligence officers interviewing people in the field,” said Christmas. “It’s hard not to be skeptical about the behaviour of Fisheries and Oceans officials if they have some inherent bias and prejudices.”

While Christmas is critical of DFO’s enforcement techniques, other Indigenous fisheries experts say they haven’t seen much conservation action at all.

This divergence could be linked to what the internal report calls significant “regional biases” in the information being recorded by NFIS that have been “limiting the utility of the program.”

Alejandro Frid, science co-ordinator for the Central Coast Indigenous Resource Alliance, the marine conservation and fishery management organization of the Wuikinuxv, Nuxalk, Heiltsuk, and Kitasoo/Xai’xais nations in B.C., said his region is a “black hole for DFO fisheries officers.”

“Since I started working there in 2013, I have seen the DFO spotter plane perhaps twice, and have never seen DFO fisheries officers patrolling by boat,” Frid said.

“Independently of potential racial biases, this is a sad statement about the lack of resources for compliance monitoring and enforcement.”