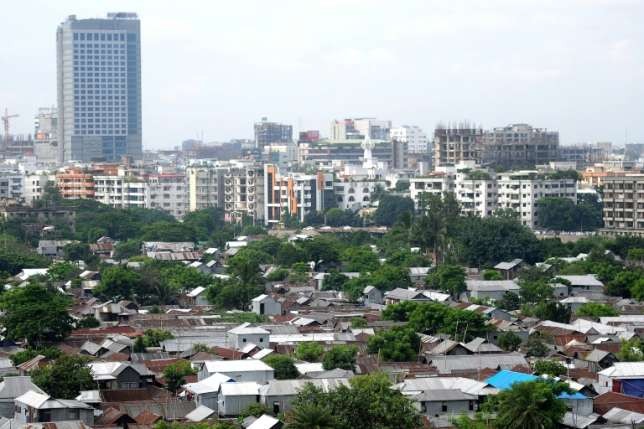 Bangladesh police Monday night arrested the top leaders of the country’s largest Islamist party, an official said, as the government appeared to have launched a crackdown on the main opposition parties.

Nine people were arrested after a raid on a house in Dhaka’s northern neighbourhood of Uttara, including the top leader of the Jamaat-e-Islami party, Maqbul Ahmed, deputy leader Shafiqur Rahman and former member of parliament Golam Parwar.

“We learnt from a secret source they were holding a meeting at a secret place at a house in Uttara Sector Number Six. We have found some papers from that place,” Dhaka Police deputy commissioner Shaikh Nazmul Alam told AFP, adding they were investigating the documents.

He did not say what the Jamaat leaders were arrested for, but that “most of them were fugitive”.

Prothom Alo, the country’s largest newspaper, said the leaders were arrested on charges of sabotage.

The arrests came as the government appeared to have launched a crackdown on the opposition parties after it came under heavy flak for its handling of the Rohingya crisis which has seen a massive influx of refugees fleeing violence in neighbouring Myanmar.

Earlier in the day, a court in the country’s east issued an arrest warrant against main opposition leader Khaleda Zia after she failed to appear at a hearing over charges related to a 2015 fire-bombing of a bus that killed eight people.

Zia has been visiting her exiled son in London for the last two months and is expected to return home later this month.

The country’s chief justice, who is widely seen as a major critic of the government, has also gone on a month-long leave, amid concerns that he was forcibly sent to vacation and might not return to duty.

A Jamaat spokesman condemned the arrests, saying the leaders were attending “a social gathering”.

“We protest the arrests. These are motivated. We are a democratic party and abide by all democratic norms. We did not do anything that was violent or went against the democratic ways,” he said.

Ahmed, 79, has not appeared in any public meeting or political activities after he was elected as the head of the Islamist outfit last October, months after the execution of previous leader Motiur Rahman Nizami for war crimes related to the 1971 war of independence against Pakistan.

Rahman, who was elected secretary general last year, is seen as his heir apparent.

Jamaat has been banned from contesting polls in Bangladesh after the country’s high court ruled in 2013 that the party’s charter contravened the nation’s secular constitution.

Five of the key leaders including Nizami were later hanged.