In attacking Blumenthal, Trump opens himself to criticism over the military. Again. 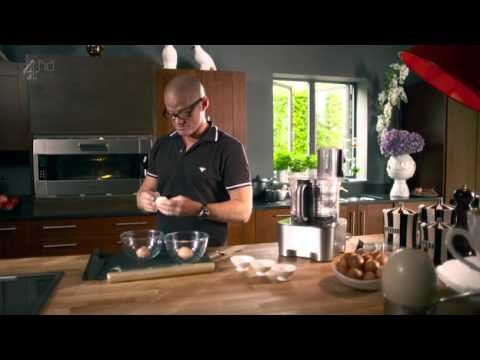 Sen. Richard Blumenthal (D-Conn.) said he won’t be “distracted or bullied” by President Trump’s “intimidation and threats,” on Aug. 7, and reiterated calls for a law to protect against the president firing the special counsel. (Reuters)

President Trump and Sen. Richard Blumenthal (D-Conn.) have at least one thing in common.

Both men received multiple draft deferments during the Vietnam War, as able-bodied men were deployed by the thousands to fight a wildfire conflict during the Cold War. Blumenthal received five deferments from 1965 to 1970. Trump received four student deferments by 1968.

Their deferment histories diverged at this point. Blumenthal enlisted in the Marine Corps Reserve in 1970, serving six years in the United States.

Those wartime histories reemerged Monday, as Trump sent out a multipronged tweet assault during his 17-day working vacation, attacking Blumenthal’s misleading 2010 comments when he said he served in Vietnam.

The tweets are yet another moment in which Trump, who is generally supported by veterans and picked senior officers for his Cabinet and as advisers, has opened himself to criticism over the military, including from conservatives.

Trump attacks Blumenthal on an issue where Trump’s even more vulnerable. An insight there about the character of successful demagoguery.

To be clear, Blumenthal served in the Marine Reserves during Vietnam. He wasn’t deployed, but he did wear a U.S. uniform. Trump did not. https://t.co/r0ocHRLHx9

And his own record of missing the draft is replete with unanswered questions over the legitimacy of his condition.

Trump’s tweets came after Blumenthal voiced support on CNN for continuing the investigation into Russian meddling in last year’s election and expressed concern about the Justice Department’s increased focus on rooting out administration officials who leak information damaging to the president.

“Never in U. S. history has anyone lied or defrauded voters like Senator Richard Blumenthal,” Trump wrote. “He told stories about his Vietnam battles and … conquests, how brave he was, and it was all a lie. He cried like a baby and begged for forgiveness like a child.”

Interesting to watch Senator Richard Blumenthal of Connecticut talking about hoax Russian collusion when he was a phony Vietnam con artist!

I think Senator Blumenthal should take a nice long vacation in Vietnam, where he lied about his service, so he can at least say he was there

Blumenthal came clean in a 2010 news conference following allegations he lied about his record in an effort to appeal to voters, saying he meant to say he served “during” Vietnam and not “in” the country.

“On a few occasions I have misspoken about my service, and I regret that and I take full responsibility,” he said, flanked by veterans. “But I will not allow anyone to take a few misplaced words and impugn my record of service to our country.”

In response to Trump’s tweets, Blumenthal wrote on Twitter: “Your bullying hasn’t worked before and it won’t work now. No one is above the law.”

Trump has previously attacked Blumenthal on the same issue. In May, Trump went after Blumenthal when the senator criticized the president during television appearances for his firing of then-FBI Director James B. Comey.

A history of military missteps

Trump has made attacking the service of political opponents a cornerstone of his brash style while stumbling into self-created controversies.

On the campaign trail in 2015, Trump drew intense scrutiny after he attacked Sen. John McCain (R-Ariz.), a Navy pilot who was shot down over Vietnam, tortured for years and refused early release, which earned him admiration in the United States and further beatings by his guards.

“He’s a war hero because he was captured. I like people that weren’t captured,” Trump said, in a moment that threatened to derail his campaign. When McCain announced he was recovering after his brain cancer diagnosis in July, Trump said: “Senator John McCain has always been a fighter.”

In January 2016, then-presidential candidate Trump pledged to give $1 million of his own money during a nationally televised fundraiser for veterans’ causes, but only forked over the money four months later to the Marine Corps-Law Enforcement Foundation after being pressed for details by The Washington Post and other media organizations.

Trump also maligned the Muslim family of a dead American soldier, called the first general to counter the Islamic State a failure, and on numerous occasions, after running on a platform claiming credibility with military and veterans’ issues, he incorrectly referred to the ‘Veterans Administration’ on the campaign trail and as president-elect. The Veterans Administration was dismantled before the Berlin Wall in 1989 and became the Department of Veterans Affairs.

When Trump registered for the draft at 18 in 1964, he had just graduated as a cadet from the New York Military Academy in Cornwall, where he played football and basketball.

On the campaign trail, Trump would claim it was bone spurs in both feet that prevented his service in Vietnam. His campaign said it was because of his high draft lottery number in 1969, although his medical deferment remained in place until 1972, when he received a permanently disqualifying deferment — a year before the draft ended and the war began to wind down.

Downplaying a political foe’s military service is a typical Washington tactic. But Trump’s criticisms of McCain and Blumenthal have come even after his raunchy conversations with shock jock Howard Stern in 1997 revealed a particularly detached perspective on military service from the billionaire real estate magnate.

“I’ve been so lucky in terms of that whole world. It is a dangerous world out there — it’s scary, like Vietnam,” Trump told Stern about the effort to avoid sexually transmitted diseases in the ’80s and ’90s, as the AIDS crisis blossomed.

“It is my personal Vietnam. I feel like a great and very brave soldier,” Trump said, to laughs and egging-on by Stern.

And he was. Trump was in Manhattan in the 1970s, spinning his inheritance into real estate gold. Blumenthal was stateside in a Marine Corps uniform until 1976. McCain was a prisoner for five and a half years until his release on March 14, 1973.

While in the prison camp, McCain regained his ability to walk the spring before Trump waltzed out of a review board with a medically disqualifying deferment on Sept. 17, 1968.

Drained units in Vietnam could have used Blumenthal and Trump in 1968, which kicked off with the bloody Tet Offensive. It was the deadliest year of the war, with 16,899 U.S. troops killed.

The names of those dead, contemporaries of both men, were later etched into black granite in Washington, memorializing those who answered the call.